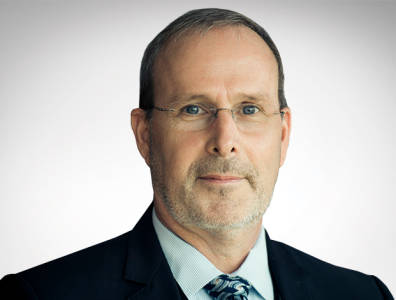 The entire industry in Angola is disappointed by the lack of results in the Kwanza Basin, but that being said, it is a long-term industry. It does not mean what does not work once will not work later.

TOGY talks to Marc Courtemanche, the president of Statoil in Angola, about the company’s recent developments in the country and the company’s short- and long-term goals in the domestic market. Statoil began operations in Angola in 1991.

Norway’s Statoil has worked primarily as an offshore producer and a partner in exploring Angola’s Kwanza and Congo basins. Courtemanche discusses the less-than-expected success of the Kwanza Basin, and remains hopeful that the long-term nature of the hydrocarbons industry means these deposits still hold potential. While the oil price crash had a significant negative effect on the industry in Angola, Statoil seeks to remain in the country to assist with – and benefit from – its oil and gas developments as the market recovers from the shock and becomes more robust.

• On the Congo Basin’s potential: Very cautiously, we believe that the Congo Basin has not totally delivered. It is a mature basin, however we said that about the North Sea 10 years ago and we are still strong there.
Angola, and specifically the Congo Basin, has a lot of oil.

• On Statoil’s role in Angola: Statoil is appreciated for many reasons. We are an active partner, not just an investor, with a highly competent team in Norway and Angola. To be active but not intrusive, we bring our technical expertise to the table.

Courtemanche also discussed the lessons of the North Sea as applied to Angola, and the tendency of the oil and gas industry to forget lessons learned in hard times as soon as prices go up. Most TOGY interviews are published exclusively on our business intelligence platform TOGYiN, but you can find the full interview with Marc Courtemanche below.

How would you characterise Angola’s challenges over the past 15 years?
Angola, like other countries, is highly dependent on oil and gas, which means that overnight income has been cut by half, while costs have stayed the same. Everyone in Angola had high expectations for the Kwanza Basin. It was not if, but how much [oil] we would find there. These expectations inflated the market. We all wanted to drill at the same time, to bring our people in at the same time, and the industry was there to serve.
Prices, housing, everything went up because of these high expectations. I do not think it means Angola was in a bubble, but rather, that the expectations not only from the authorities, but also the service industries were too high. We were all willing to pay, as the expectations were entertained by everyone.
Then, a double crisis came to Angola: The Kwanza Basin has not yet delivered, and oil prices came down. At some point in 2016, we were at USD 29 per barrel, from a high of USD 114. As an industry, under AECIPA [Association of Angolan Oil and Gas Service Providers], and with the government, there were many dialogues analysing where costs could be reduced and how to produce less-expensive barrels. Angola had a market with a lot of Sonangol’s subsidiaries, but not much competition, which generated friction. When you have no competition, prices tend to be higher.

What are the prospects for Angolan reserves?
Very cautiously, we believe that the Congo Basin has not totally delivered. It is a mature basin, however we said that about the North Sea 10 years ago and we are still strong there.
Angola, and specifically the Congo Basin, has a lot of oil. Even if the decline has started, with a mix of commercial attractiveness and the development of smaller fields and new technologies, we believe it still has a lot to offer. There may even be something yet to be discovered. However, it takes time to get new barrels out of it now. The minimum would be two to four years, if you already have some installations in place.

What are Statoil’s recent developments in Angola?
We are partners in the Congo Basin, mainly in three licences: blocks 15, 17 and 31, operated by Esso, Total and BP, respectively. Those give us substantial production. In 2016, we had equities in five licences in the Kwanza Basin, and we completed the work programme in blocks 38 and 39, which Statoil was operating. The licences were returned to Sonangol because we had come to the end of the five-year period.
In Block 22, we completed the work programme with Repsol, but we had different views regarding the block’s prospectivity. We decided to give back our equity in the licence and let Repsol proceed by themselves.
That is the nature of joint ventures: you must have unanimity to continue the work programme in the licences. If opinions diverge but we stay, we end up blocking the operator. It was better to let them continue despite our different appreciations of prospectivity.
Today, we are present in two licences in the Kwanza Basin, blocks 25 and 40. These are both operated by Total. Currently, there are discussions to see what can be done with the licence. In the meantime, we support the operator and let them do their job. In 2017, our main focus is on partnerships operated by other companies.
We have been in Angola for 25 years and have seen many ups and downs. The entire industry in Angola is disappointed by the lack of results  in the Kwanza Basin, but that being said, it is a long-term industry. It does not mean what does not work once will not work later. Now is the time for the national concessionaire to continue and see where we can bring more prospectivity in the future. We are still looking at new opportunities in the country.
Angola is the second largest contributor out of Statoil’s international production totals outside Norway, averaging more than 200,000 barrels per day.

As a partner in blocks 15, 17 and 31, what support do you provide Esso, Total and BP?
Statoil is appreciated for many reasons. We are an active partner, not just an investor, with a highly competent team in Norway and Angola. To be active but not intrusive, we bring our technical expertise to the table. Statoil mainly does offshore production, and we can bring some of this expertise to the operator. As a partner, we bring financial strength, technical expertise and knowledge.
We also have an established network in Angola and can engage as a partner on certain issues such as industry initiatives on norms, HSE and abandonment via AECIPA that could support the operators.

Are there lessons from operations in Norway that Statoil can apply to Angola?
We have shared some of Statoil’s expertise with ExxonMobil in Block 15. We have also proposed some of our in-house technology for seismic analysis in Block 17. This has been worked on by both sides since the decline of oil prices since 2014.
As an industry, we’ve become more open to sharing expertise and experiences, at working together to reduce costs and working with services companies to simplify and standardise designs. It has worked in Angola. The costs have been significantly reduced. However, the industry tends to forget these efforts and go back to old habits once oil prices go up.
This time, we need to develop these habits and stick to them. This view is very much shared by the industry now. We have all been facing the same reality, not only in Angola, but also worldwide.

What steps has Statoil taken towards cost reduction in Angola?
We have been challenging operators on the drilling lines. We need to ensure that operators are using efficient techniques and processes to drill more quickly and safely, as every day of drilling costs a lot of money. Over the past two years, we have encouraged operators to reduce those costs, and to go back to the market and negotiate terms. The biggest challenge when you are a partner is that you can only try to influence operators.

What is your vision for Statoil for the next few years?
The Kwanza Basin has been a journey, and now we are kind of back to where we started. I would like Statoil to be a solid partner with more opportunities for operatorship. We have proven we can run safe and efficient operations. We drilled in our blocks and we work according to best practices. We just need to get the proper opportunity.
We like to be partners when we work with serious IOCs, but to add operatorship would be a good achievement as well. Good production, helping operators minimise the decline and positioning Statoil for opportunities of partnership or operatorship are my missions.
We also need to understand the transformation of the oil and gas industry in Angola. Sonangol is undergoing massive changes, and it is a close partner of ours. This transformation will include new agencies, and how they will work is very important for us to know. Angola has a reputation for being a country that is highly respectful of the sanctity of contracts and long-term businesses. There is no reason to doubt this will not continue. Even if I would seek support from my company to invest, at the end of the day, it is a competition for capital. In summary, to understand Sonangol’s transformation and to be sure of contracts’ sanctity and continuity are important tasks of mine when I’m looking at the future.