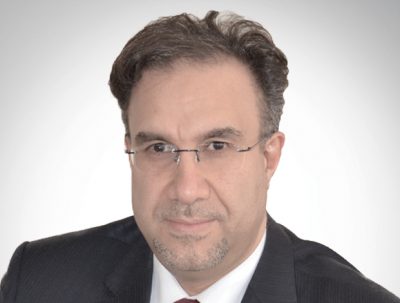 The government expects to export 3.6 million bopd in 2016. Although this export volume is plausible, $45 per barrel is rather optimistic.

In August 2015, Prime Minister Haider Al Abadi introduced reforms to shrink the size of the government and tackle corruption. Luay Al Khateeb Founding Director of the Iraq Energy Institute and non-resident fellow at Brookings Doha Center talks to TOGY about why these measures will help the country survive.

Iraq’s rentier economy is dominated by the country’s income from oil exports. Oil revenues constitute 43 percent of GDP, 99 percent of exports and 90 percent of all federal revenues. Thus, to increase overall revenues, the government is always under pressure to increase oil production capacity regardless of market volatility.

BLOATED CIVIL SERVICE: Despite the global economic meltdown that impacted the oil market in 2008, oil prices continued to increase steadily in the past decade compared with the 1990s. As a result, Iraqi administrations have inflated federal budgets and increased unnecessary hiring, providing unmerited and insufficiently qualified public sector personnel with salaries.
Iraq’s federal budget has increased to five times its size between 2004 and 2015. No matter how much oil revenue enters the treasury, budgets always have a deficit of around 20 percent, while actual spending always amounts to 70 percent or more. This leaves less than 30 percent for investment and development.
Although Iraq, including the Kurdistan Region, has successfully increased production by 2 million barrels of oil per day (bopd) since 2010 and reached a total volume of 4.4 million bopd, the oil price collapse has eliminated 60 percent of oil’s previous market value.
Moreover, the unpredictable cost of war with ISIS, managing 3.5 million internally displaced people, factional domestic politics and stalled mega-infrastructure projects could hinder further progress in the country.

OPTIMISTIC: Nonetheless, the Ministry of Finance has proposed a 2016 budget of $99.6 billion, with a forecasted deficit of $25.8 billion. The budget forecasts the price of oil at $45 per barrel, and assumes that the December 2014 deal made with the Kurdish regional government, which entitles the federal government to 550,000 bopd of oil from the fields below the Kurdistan Region in exchange for payment, will continue.
The 550,000 bopd includes 300,000 bopd from the Kirkuk oilfields and 250,000 bopd from fields in the Kurdistan Region. The government expects to export 3.6 million bopd in 2016. Although this export volume is plausible, $45 per barrel is rather optimistic. Ultimately, 2016 will be a financially difficult year as the federal dollar reserves of the central bank continue to sink.

A NEW POLITICAL CULTURE: Iraq’s security and financial state is less risky than its non-GCC neighbours. In the absence of viable alternative sources of revenue, persistently low oil prices may present a real opportunity for reform in Iraq, as the nation has a genuinely domestic government that represents all ethno-confessional groups.
Since protests calling for government to provide public services, combat corruption and implement the rule of law began in various Iraqi provinces in early 2015, Prime Minister Haider Al Abadi has enjoyed public support. Although the parliament has endorsed Al Abadi’s initial reform package as of August 2015, the people expect more action.

NECESSARY MEASURES: With oil prices likely to stay low, the government should phase out subsidies on fuel and power generation to save at least $14 billion per year on local feedstock and imported liquids.
Furthermore, the government must stop excessive hiring at public institutions. State salaries and unnecessary spending must undergo a meticulous review.
Additionally, the government must offer incentives to the private sector to fill the operational vacuum in the various economic sectors, including oil and gas, left by decades of domestic turmoil.
These advancements will save Iraq the excessive $10 billion paid in salaries to civil servants per year, easing pressure on the budget strained by lower oil prices.

WAY FORWARD: Iraq, as a first priority, needs to attract more international investors in power generation, downstream projects and flared gas utilisation. The country will have to use savings from reforms to re-industrialise and begin manufacturing, which will mean eventually becoming less dependent on imports.
The successes and failures of Iraq as a state in 2016 will indicate the resiliency of Al Abadi’s reform package. Although a seemingly monumental task, reforms are not impossible if the government takes the right measures.

For more news and features on Kurdistan Region of Iraq, click here.