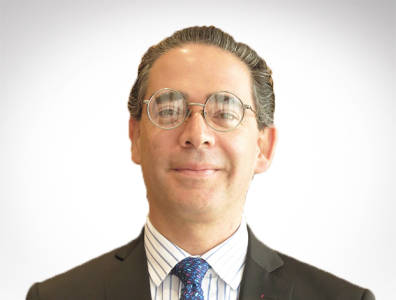 The mandate the government must have is to reinforce the role of regulators and institutional design to encourage a market environment, or there is chaos.

What were the main drivers behind Mexico’s energy reform, and how is the market expected to move forward under the new government?
Before the energy reform was conceived, even 10 years before, there was a deep discussion in Mexico as to how to structure the energy markets, considering that oil is a commodity that has, in a certain way, been helpful to the industry, communities and prosperity of the country. Acknowledging this and considering how sacrosanct oil has been throughout the cultural history of Mexico, there was an understanding that if you want to help the economy as a whole, you need to empower the energy sector and understand the international market and the role of regulators and policymakers. This was the context for the 2013 energy reform.
The maturity of the Mexican population has produced the energy reform; it was not just the elites understanding they wanted to improve the interface between the energy markets and the economy as a whole. There is a recognition of the importance of investments, relationships and the interaction of the oil and gas industry with the whole economy.
The Mexican population identifies that there is a need for a competitive market. The mandate of the new government is not just to dismantle the energy reform, because there is a profound understanding among Mexicans of its value. I think instead, their mandate is to try to achieve more efficiencies and transfer the wealth from the energy markets to the people, and not to destroy the energy market.
Our clients are reporting to us increasing concern as to the potential interference that the government is causing to the energy regulators, including the CNH [National Hydrocarbons Commission] and CRE [Energy Regulatory Commission]. Moreover, our clientele is preoccupied with the idea that both Pemex and the CFE [Federal Electricity Commission] might enjoy preferential treatment, as opposed to the rest of their market piers. We will need certain one- to two-year perspective to assess whether such fear amounts to reality or not.

Do the new government’s policies support a more competitive and efficient market?
You don’t know what the administration is thinking, which is not good for business. The types of messages it is conveying are not aligned with the design of the industry-oriented energy reform put forth in 2012. For instance, the government said asymmetric regulation is nonsense and that it should be re-empowering the CFE and Pemex. From an economic perspective, this is nonsense.
What you have to do, from an antitrust perspective, is have a level playing field in terms of regulation and access to markets. The government says asymmetric regulation is too tough for these two entities. If you decide to create a market, you have to have fair play between players. You need to think about how things affect the economy, or you aren’t thinking about an energy market economy. You are either in an energy market economy or a monopoly situation. You need to decide.

In this regard, what should be the government’s main aim?
The mandate the government must have is to reinforce the role of regulators and institutional design to encourage a market environment, or there is chaos. You can’t say, “We do not want to have more players and we won’t export more oil,” because 15-20% of the federal budget is due to Pemex exports.
The ministry has made decisions with respect to the regulators that make no sense in a market-oriented environment. It is the role of the state to employ royalties and taxes for social benefits. Security, health and education are social goods. The government should not only support the energy industry, but it should also have the correct institutional design to create efficiencies and a level playing field.

How has the industry reacted to the uncertainty created by mixed signals on government policy?
The industrial and financial players associated with the energy market are skeptical and worried about what will happen because of the dual messages that are sometimes pro-market and sometimes not. They don’t know what will happen; there is a lot of uncertainty. You have to make some cuts in the industry and the maturity level of E&P projects.
Whilst a portion of the current administration – including Alfonso Romo, chief of staff – is clearly market-oriented and understand the importance of keeping a sound institutional design – i.e. policymakers and autonomous regulators in a competitive environment – others simplistically think that Pemex and the CFE should do everything in the energy spectrum without any complementation with the private sector.
For deepwater projects, development will take place not during this administration, but during the next one. We might have some discoveries during this administration or the next one. Big players see this administration with a certain level of skepticism, but it’s enough for them if the government respects their contracts and regulates in a manner that is in accordance with international practices.
Shallow-water and onshore projects will materialise much sooner. For those involved, the policymaking and regulations can either destroy the projects, or make them uneconomical or too difficult.

What is the outlook for the different sectors of the domestic oil and gas industry?
E&P is the most sensitive portion of the value chain in Mexico. How President Andrés Manuel López Obrador conceives of the oil and gas industry is important. Some of the fields in Tabasco were shut down by him about 20 years ago through acts of civil resistance.
The issue is that you have people not understanding the energy market and the interrelation of the energy market and the economy as whole, as well as not understanding the financing and marketing of oil and gas. People are afraid that experienced Cabinet members won’t speak up and say, “We are no longer in the 1970s when Pemex was the king of Latin America; now, we have to understand we have an international environment.”
Even though E&P has become politically oriented, the rest is less so. The midstream segment is not as much of a contentious issue. The problem with the midstream is we might have some pieces of regulation dealing with how the communities are involved and what their leverage is to stop projects they oppose, whether for legitimate reasons or not. There is light for the midstream, if companies learn to balance the role of communities.
Downstream, you have a lack of understanding about the direction the market is headed in, with this nonsense about investing in existing refinery capacity, while the industry is moving in another direction. You have modular refineries and you can use the under-capacity of the refinery system in the Gulf of Mexico.
With respect to power generation, because it is not as politicised, we might not have the same level of problems as we have with E&P.
The key question is whether to continue exporting crude or not.

How are other Latin American oil and gas markets evolving, in terms of regulation and policy?
I worked with IOCs in 2015, and Mexico was one of the top three priorities for almost any company in the energy market.
While Brazil has been messy, it has realised that when it launched its oil and gas industry, before the pre-salt, Brazil’s level of investment, prospectivity and market size were amazing. The government at the time sort of destroyed these advancements with protectionist policies, such as demanding high levels of national content, and then the pre-salt model proved to be a failure, until it was revitalised with new market-oriented policies and bid rounds pre-salt per diem. If Brazil’s government again takes the market-oriented path with regulation and good institutional design, makes sound economic decisions and applies the original regime, then Brazil could see a boom again.
Argentina is always interesting and also always erratic. If it does any sound restructuring and continues on that path, then that would be quite interesting.
Colombia is a relevant player. It’s a sound market and the government has created a sound system. Its economy is also sound, and it has been for decades.
In Venezuela, even if there is a social movement, it will take them many years to rebuild. You have to think about human capital. There’s no way the UK, the US or Canada will go in there.
As for the rest, you have the classic up and down of Latin America. You have other economy sizes with large prospectivity, such as a Guyana, where you might have a small economy or a small country, but a large energy market, as in the Gulf states. We could see that kind of shift.

What critical policy areas could advance a sound energy model, but have been overlooked?
An area that has not been addressed by either the new president or by the Secretariat of Energy is the public policies with regards to transportation for renewables and clean energy such as natural gas. There are public policies in place in Europe with respect to decarbonising their economies, for instance, by means of public transportation. You don’t see that in Mexico. Public policy needs to be set for the next 25 years.
It’s amazing to me that we don’t see the interface between public policy with respect to renewables and clean energies. By the end of this administration, in the top-10 major cities in this country, we will be investing USD 15 billion in public transportation by means of renewables and we will be decommissioning our carbonised transportation.
We want to create more refineries, as if it’s the 1970s and as if there was no climate change. For the parts of the equation such as the environment and renewables, there is no link with oil and gas policy, and that’s poor thinking. When creating public policy, you have to look at all those parts. I’m for Mexico continuing to export oil, but at the same time, I’m all for decarbonising the Mexican economy in relation to transportation and power generation.

What has led to these gaps in planning?
It’s poor long-term thinking. We have great specialists and we have people that have won Nobel prizes. You need to look at what Norway has done; it was an oil- and gas-based country 25 years ago. It achieved its gas emissions goals years ago and is still exporting oil, but it has decarbonised its own economy. That is not the only case; you see a clear path from a number of countries.
Mexico has not done the necessary planning to connect all the parts. Planning is done on a modular basis, without connecting the different parts of the economy. You have to create a culture of a greener economy. I think those interconnections are important and not having the right planning is an issue. I’m skeptical.

For more information on Mexico’s oil and gas industry, see our business intelligence platform, TOGYiN.
TOGYiN features profiles on companies and institutions active in Mexico’s oil and gas industry, and provides access to all our coverage and content, including our interviews with key players and industry leaders.
TOGY’s teams enjoy unparalleled boardroom access in 35 markets worldwide. TOGYiN members benefit from full access to that network, where they can directly connect with thousands of their peers.