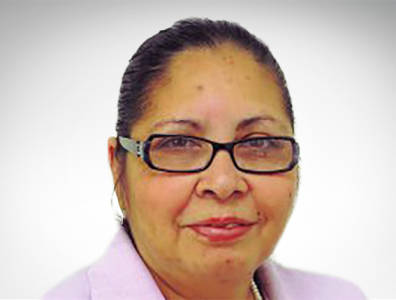 Each government in power has been unsuccessful in diversifying the economy away from its dependence on oil and gas production. Part of the problem has been due to a lack of long term planning.

TOGY talks Ann Marie Bissessar, the dean of the faculty of social sciences at The University of the West Indies (UWI), St. Augustine Campus, and Trinidad about the diversification of the oil and gas industry given the downturn in the industry in Trinidad and Tobago.

The UWI Campus at St. Augustine was established in 1960 from a merger between the University College and the Imperial College of Tropical Agriculture (IATA). While the oil price crash has had a significant negative effect on the industry in Trinidad and Tobago, UWI seeks to provide the island nation with an educated population for future advancements in deepwater development and regional expansion.

• On waxing and waning: Overtime, Trinidad and Tobago, whose major economic driver was oil and gas went through a period of bust and boom. In other words when oil prices were high, the country’s revenue increased, but when oil prices were low, the revenue declined significantly.

• On education: The major solution to forcing governments to think of longer term options, may very well be to educate the people and the civil society. Solving the problem depends on how we train our students and what kind of curriculum we put in place.

Bissessar also discussed additional factors that led to Trinidad and Tobago’s lagging oil and gas industry. Most TOGY interviews are published exclusively on our business intelligence platform TOGYiN, but you can find the full interview with Ann Marie Bissessar below.

What are the main causes of the failure of Trinidad and Tobago to diversify the economy?
Overtime, Trinidad and Tobago, whose major economic driver was oil and gas went through a period of bust and boom. In other words when oil prices were high, the country’s revenue increased, but when oil prices were low, the revenue declined significantly. Because of this uncertainty, policy makers from 1970 to 2017, proposed, given these uncertainties, the need to diversify the economy away from its dependence on oil and gas. Unfortunately, these proposals did not materialise. Proposals to diversify included increasing agricultural production and the establishment of ‘free zones,’ along with downstream industries.
The reluctance to diversify away from the dependence of oil and gas can be due to a number of factors including: short term electoral cycles, bureaucratic delays, short term planning and racial politics.

What other factors can you name that contribute to the inability to move forward?
One of the major factors, however, and this has been cited in many of the business investment reports, is the poor work ethic within the country. While it is true that we have a fairly well-educated workforce, for example, in the school of social sciences we have over 5,400 enrolled in our various departments) the apathy of the workforce is a major cause for concern. It has been noted though, that when persons leave the country, their productivity increases and many have been noted for holding down at least three portfolios.
Reasons for poor work ethic, then, are not due to the lack or limited education on the part of the work force. Rather factors may be due to the high level of influence by the union, the lack of sanctions in the workplace, low expectations on the part of employees, the level of subsidies paid by the governments by way of make work projects such as CEPP.

To which extent is the government to blame for the oil-and-gas-based economy?
Each government in power has been unsuccessful in diversifying the economy away from its dependence on oil and gas production although many recommendations were made. These include the People’s National Movement, National Alliance for Reconstruction, United National Congress and the People’s Partnership.
Partly, this has been due to the short term electoral cycle of five years. However, in hindsight, it is obvious that part of the problem has been due to a lack of long term planning. It should also be noted that governments are reluctant to venture in new areas since failure could lead to them being voted out of office as happened in the case of the National Alliance for reconstruction. The inertia on the part of the government’s overtime is therefore a major factor in the absence of new, diversified approaches to economic development.

In your opinion, what is the answer to this mentality problem?
The major solution to forcing governments to think of longer term options, may very well be to educate the people and the civil society. Solving the problem depends on how we train our students and what kind of curriculum we put in place. Recognition of history and art is very important, yet many people don’t see the value in recognising who they are.
There is the need to go back to self-sustaining communities. This has been neglected in Trinidad. Presently citizens are dependent on the government. Long ago, communities never depended on governments. They were self-sufficient producing their own food, meats, milk and eggs. They also relied on less foreign imports producing their own cocoa and coffee.
I was personally impacted by the oil industry. I grew up in the south of Trinidad and my grandfather had cocoa plantations, which were the most beautiful thing I had ever seen. We had rivers flowing through the land, and we had animals such as otters and lots of fish in the river. When the oil came in the 1960s, it wiped out all the rivers. When there were oil floods, all the cocoa lands were under oil. Generations of agriculture were destroyed in an instance. My generation was destroyed because my grandfather lived on cocoa estates. He was self-sustaining. Oil destroyed that entire environment.
Unfortunately, the policy makers neglected to put measures in place to protect the environment as a result it is difficult in many parts of the country to have clear, running rivers, wildlife or even the old artesian wells.

What measures could the government implement to diversify the economy?
Many people have suggested that our foundation should be in agriculture, yet it is unlikely that citizens will go back to the land, primarily because this was felt to be low status employment. In addition, to this there are a number of other challenges including praedial larceny, lack of adequate water supply, high cost of fertilizer, as well as the high cost of labor.
What government may be wise to do is to tap into their cultural roots .Trinidad could become an ecotourism site , but due to the fact that the crime situation is broadcast as being worse than it is, tourism has slowed down. If crime is controlled, the country could become an ecotourism destination and could set up tourism sites based on our heritage. What is necessary is to identify new strategies and niche areas for development.

What investment opportunities have been missed by the failure to diversify?
One of the major shortcomings was the lack of the governments to put sustainable projects into place. An emphasis was [placed] on infrastructure development which by themselves could not bring in the income.

For more information on University of the West Indies in Trinidad and Tobago, see our business intelligence platform, TOGYiN.
TOGYiN features profiles on companies and institutions active in Trinidad and Tobago’s oil and gas industry, and provides access to all our coverage and content, including our interviews with key players and industry leaders.
TOGY’s teams enjoy unparalleled boardroom access in 34 markets worldwide. TOGYiN members benefit from full access to that network, where they can directly connect with thousands of their peers.