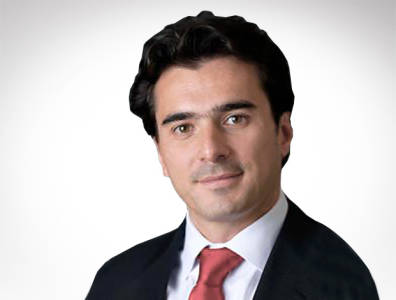 "Doing business has become easier with the new government in Baghdad."

Security and stability in Iraq

Oliver Westmacott, president and chief operating officer of Canada-headquartered security services provider GardaWorld, talks to TOGY about the lesser-known practical challenges for companies operating in Iraq, as well as the evolving security situation and the presence of the international community in Baghdad.

Southern Iraq is generally perceived as a safe place for operations. What are some of the challenges companies encounter in that part of the country?
The working relationship between the South Oil Company (SOC) and Ministry of Oil in Baghdad can be strained at times. The SOC has a high degree of autonomy and sometimes complicated communications with the ministry can delay progressing issues with the oil and gas community.
Security companies such as GardaWorld are regulated by the Ministry of the Interior so our licensing documents, the stickers on our vehicles and our badges all come from Baghdad. Ensuring that everything issued in the capital is compliant with Basra requirements is a full-time job for a number of people. Obtaining oilfield access passes and movement authorisations are particularly time-consuming.
Fortunately, doing business has become easier with the new government in Baghdad and a new provincial government in Basra. During Nouri Al Maliki’s term in office, the operating requirements would change regularly, complicating doing business in Iraq, sometimes even resulting in movement authorisations for our security teams being rescinded for short periods.
A challenge of a different kind is the sheer scale of operations in the south. Not every company can support millions of dollars worth of assets on a security contract supporting some of the world’s largest oil companies operating some of the biggest oilfields on the planet. There will be more consolidation in the security industry as a result, leaving maybe only four of five significant commercial security providers in the market.

Baghdad has a reputation for being a high-risk environment. Is this an accurate portrayal of the situation in the capital?
On the whole, the relative calm in recent months in the city has created a more permissive environment for being able to operate. Baghdad has seen a significant fall in security incidents in recent years in line with the draw down of US forces since 2010.
Companies now have a smaller presence in the capital in terms of representation, the number of people and office size. Executives nowadays come to Baghdad for one or two days for meetings with government officials and are rarely based in the city. This has created a different market for security companies as the work has become more ad hoc.
Additionally, most of these senior-level meetings take place in the international zone, which very few security companies have access to.

How has the profile of the international community in Baghdad changed over time?
While the expatriate community today is smaller than it has been in recent years, we see an increase in military presence from the international community. There has been a significant influx of US Government and other coalition partners’ personnel into Baghdad since the arrival of Da’esh (also known as IS) in June 2014. However, it’s much more of a civilian profile. Military personnel are not visibly in uniform, deliberately seeking to minimise their profile.

What is your assessment of the operating environment in some of the other provinces in Iraq?
Anbar Province is entirely shut down to any commercial activity these days. Working in the Akkas gasfield, for example, is too dangerous for any international company to deploy personnel to. With first gas originally scheduled for September 2015, a great number of services companies should have been active on the field by now. Work should have been continuing on pipelines and a central processing facility. The Ministry of Oil is putting a lot of pressure on the industry to get the work done, but it is simply not realistic.
By contrast, operations in the Gazprom Neft-operated Badra oilfield, located close to the border with Iran, are progressing well. The field was connected to the main pipeline system in March 2014 and by September it was feeding 15,000 barrels of oil per day into the pipes, and promises to be a significant supplier of natural gas to Baghdad as well as crude for export.