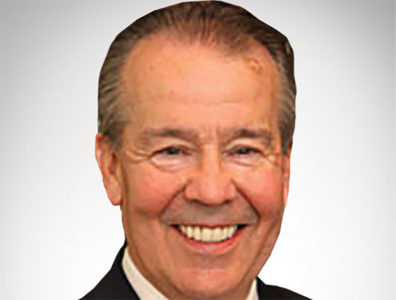 Our industry is incredible. Take, for example, the Spraberry-Wolfcamp Shale play. Fifteen years ago, people were running away from it. Hydraulic fracturing and horizontal drilling have changed everything

TOGY talks to V. Bruce Thompson, President of the American Exploration & Production Council (AXPC). The AXPC is a national trade association that represents 33 of the largest US independent E&P companies.

The AXPC represents the interests of its member companies by producing industry reports and communicating findings to government agencies in charge of shaping public policy. It also advocates in front of lawmakers, organises conferences and training sessions, and provides networking opportunities for its members.

• On industry activity: “It is hard for me to see a lot of spending happening at these price levels. It does not take much for our members to get out there, start spending some money and generating some production. It will be done by the independents, not by the majors. The majors are all chasing bigger elephants in different places. It will be done by the larger independents, which are our members.”

• On legal challenges to pipeline projects: “I think the NGOs have correctly seen that there is a choke point and they are trying to hinder pipeline construction. If you do not have takeaway capacity, that stops drilling and it all backs up. That has proven to be a successful strategy.”

Besides touching on these topics, TOGY talked at length to Bruce Thompson about the council’s priority issues under President Donald Trump’s administration and regulatory developments in the US market. Most TOGY interviews are published exclusively on our business intelligence platform TOGYiN, but you can find the full interview with Bruce Thompson below.

What is the AXPC’s role in the oil and gas industry?
The council has 33 members, all of which are large, independent E&P companies. We mainly focus on domestic US production. [AXPC members] drill around 70-80% of domestic wells onshore, though we are also active offshore a number of countries outside the USA, particularly in Africa and the Middle East.
The council’s focus is on providing guidance for members on taxes, regulatory, climate and other legislative issues in the USA.

Are there any regulations you feel should be reformed or rescinded?
The Methane Waste Prevention Rule is very damaging, in terms of operational impact and cost. We had worked with the BLM [Bureau of Land Management] early on, so we knew this rule was coming and tried to get it softened. We made some headway, but it is still a very expensive and duplicative rule.
The AXPC was not a part of the litigation against it, but we have been very active with Congress and the new administration. We have informed them of this rule and have asked that they take action to repeal it under the Congressional Review Act. At the end of January 2017, Chairman John Barrosso of the Senate Committee on Environment and Public Works, and Chairman Rob Bishop of the House Committee on Natural Resources, introduced joint resolutions to repeal the rule.
Another rule called OOOO(a) dictates how the EPA [Environmental Protection Agency] measures methane leaks. It is also a very expensive rule. We filed a petition for reconsideration [in late January] with the EPA. We are hoping that, because there is a new administration, they will take a look at the rule with a clearer head and perhaps set it aside.
Yet another one is the EPA’s Effluent Guidelines Limitations. This is a big problem, particularly in the northeast, where there are no water disposal wells.
Lastly, there are two rules at the BLM’s Office of Natural Resources Revenue – the civil penalty and valuation rules. This was done at the end of the Obama administration; they removed a number of deductions for calculating the amount owed in royalties, and they instituted a much more difficult penalty standard. That rule is something we’re taking on. It applies to offshore and onshore.

How does AXPC feel about the House blueprint for tax reform?
We are generally happy with the blueprint as it sits today, with one caveat. There would be no deduction for net interest expense. The business model of our members is to borrow money to drill wells. There is a lot of debt on the books.
We think that the transition rules that would allow us to continue to deduct interest on debt are already on the books. Going forward, when new debt is incurred, we would abide by separate rules.
We like the elimination of the corporate alternative minimum tax and the full expensing of capital investment. Those are two important features that we fully support and are very excited about. I am hopeful, though no one knows where this will go in the Senate, as the Senate has not really focused on the blueprint as much as the House.
The objective is to get a tax reform bill done this year. They want to get it off the table before people start thinking about the midterm elections in 2018. President Trump has said he wants to lower tax rates. I think that in the end, he will be someone the industry and Congress can work with on this issue. For independent E&P companies, we are very supportive of the blueprint, with the caveat of the interest expense issue mentioned earlier.

What is the outlook for the USA’s main shale plays?
Our industry is incredible. Take, for example, the Spraberry-Wolfcamp Shale play. Fifteen years ago, people were running away from it. Hydraulic fracturing and horizontal drilling have changed everything.
The Permian Basin continues to reinvent itself. It just continues to do well. There is always a limit to these things, but I wouldn’t know where that is. I think the Bakken play will also continue to do well.
One basin that may be a little overlooked, though not by the guys in the industry, is the SCOOP [South Central Oklahoma Oil Province] and STACK [Sooner Trend Anadarko Basin Canadian and Kingfisher Counties] plays in west-central Oklahoma. Others that get overlooked are the DJ and Niobrara basins in northeastern Colorado.
Marcellus is all gas, and it’s a fantastic basin, but the problem is that the basin has limited capacity. The pipes are not there. That’s one of the below-the-radar issues in the industry: [Should we] keep it in the ground or build infrastructure? That is going to be a fight we have going forward.
I think the NGOs have correctly seen that this is a choke point and they are trying to hinder pipeline construction. If you do not have takeaway capacity, that stops drilling and it all backs up. That has proven to be a successful strategy.

Are there any policy-related obstacles that the industry must overcome?
Policy-wise, we are where we need to be. Regulation is another matter entirely. Permitting for some of the export terminals needs to be picked up a little, but policy is in place for that, so it is not a big deal. It is the same for natural gas. We have to get some terminals built and permitting for that has to happen, but the process is in place. I think it is going to be price-driven, and the price depends on how much demand we can generate in the USA.
It is hard for me to see a lot of spending happening at these price levels. It does not take much for our members to get out there, start spending some money and generating some production. It will be done by the independents, not by the majors. The majors are all chasing bigger elephants in different places. It will be done by the larger independents, which are our members.

For more information on the AXPC, see our business intelligence platform, TOGYiN.
TOGYiN features profiles on companies and institutions active in the USA’s oil and gas industry, and provides access to all our coverage and content, including our interviews with key players and industry leaders.
TOGY’s teams enjoy unparalleled boardroom access in 32 markets worldwide. TOGYiN members benefit from full access to that network, where they can directly connect with thousands of their peers.