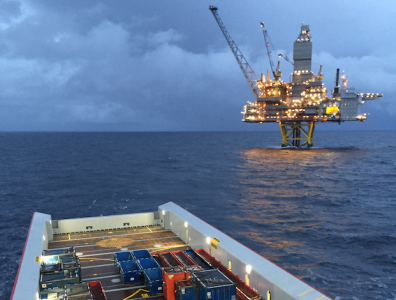 Somoil: across the value chain

Having ended 2018 with positive results and a net equity production share of around 10,000 bopd, Somoil, the Angolan exploration and production company which operates the onshore FS/FST blocks and offshore Block 2/05, is aiming at increasing production to the level of potential of its oilfields, which will require an upgrade to its infrastructure and facilities, and an improvement of their operational effectiveness.

UPSTREAM ACTIVITIES: FS/FST is an onshore concession in which Somoil is a partner with Sonangol EP and Sonangol P&P. It is located in the area of 12,500 square kilometres in the outskirts of Soyo in the northern part of Angola, south of the Congo River. It is a mature concession, having been producing since the 1980s, and its associated technology is from the 1960s and 1970s. As of 2018, it was producing around 6,000 bopd. The company’s five-year goal is to raise production levels to 20,000 bopd by 2023.
The FS/FST blocks comprise 12 fields, which are mostly limestone formations. The overall development programme for the next five years is in the range of USD 250 million. The recoverable reserve potential is around 15 million barrels. The current goal is to make facility upgrades and to execute a very aggressive well intervention programme. In 2015-2017 Somoil carried out a USD 50-million seismic acquisition programme, and that data has been processed.
In 2018, Somoil initiated a programme of pipeline replacement, improvement of the performance of its separation facilities, installation of new compressors and downhole pumps, and an upgrade of all the artificial lift equipment. In 2019, the goal is to replace the main produced water line.
Because the company’s offshore production goes to a third-party terminal, Somoil is evaluating the alternative to build its own storage terminal and directly export from there.
Block 2/05 started production in the early 1980s, and has a water depth of 60-120 metres, 60 kilometres offshore. Current production stands at 3,000-4,000 bopd. Somoil will gradually open the wells that have been closed for the last three years and will start a programme to upgrade the oldest ones too. The company’s goal is to raise production to 20,000-30,000 bopd in five years.

DOWNSTREAM AMBITIONS: Originally a downstream marketing company, Somoil operates two service stations in Luanda and, in its five-year plan, intends to raise this number to 20.
Somoil has received a licence to distribute lubricant products. In the future, the company would like to stretch this to fuel imports and maybe add some equity in downstream assets – storage or refinery. In 2019, Somoil is also eyeing the start of a lubricants distribution business in the northern province of Soyo.