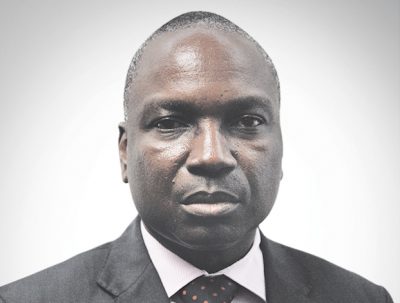 We need a mechanism for exchanging and carrying out joint actions that lead to an improvement in gas exports.

Sonagas: Plans on the horizon

Juan Antonio Ndong Ondo, director-general of Sonagas, talks to TOGY about the company’s short- and mid-term objectives, and Equatorial Guinea’s capacity as an LPG supplier for neighbouring countries.

Established in January 2005 with the task of developing domestic gas projects, Sonagas is Equatorial Guinea’s state-owned national gas company. The company is involved in the production of LPG, LNG and methanol, as well as power generation.

On a second Punta Europa train: “The idea persists, but we’ve made some changes because we have focused more on developing the floating LNG project. We are now considering the possibility of implementing a second train if there is enough gas, be it from the different exploration projects that are being carried out in the country, or from outside our borders.”

On regional potential: “If we were able to obtain greater amounts of gas, we would look for ways to increase LPG production, because, apart from our continental area, we see that there is high gas demand in many countries in this part of Africa. If we could increase our participation there, it would be positive.”

Most TOGY interviews are published exclusively on our business intelligence platform TOGYiN, but you can find the full interview with Juan Antonio Ndong Ondo below.

What are Sonagas’ objectives for 2018?
With the logic that in order to harvest, one first needs to sow, we are now focusing on the future and trying to accomplish some of our goals very soon. Our work always revolves around the industry’s growth.
We are now negotiating the Fortuna LNG project. We are also studying the possibility of bringing in gas that is flared in neighbouring countries, mainly Cameroon and Nigeria. We are analysing how we could use gas from those areas. We would first have to build gas pipelines and then we could install transformation plants in the country, or we have to study how we can use existing infrastructure, bearing in mind that there will be an expected decline in production from the Alba field.
We are interested in promoting activity in the Alba field and we are working on increasing production at Punta Europa. The Alba field supplies Punta Europa. This is an important asset that we must always maintain.

Has there been any progress in the plan to install a second LNG train at Punta Europa?
The idea persists, but we’ve made some changes because we have focused more on developing the floating LNG project. We are now considering the possibility of implementing a second train if there is enough gas, be it from the different exploration projects that are being carried out in the country, or from outside our borders.
As far as blocks O and I are concerned, another FLNG project is still in the realm of intentions. This is something that still needs to be studied and analysed, considering the reserves available and the possibility of implementation.

How has the LPG side of Sonagas’ business been performing?
We are doing very well. The supply is being delivered normally with no inconveniences, and the population has gas available for their use. If we were able to obtain greater amounts of gas, we would look for ways to increase LPG production, because, apart from our continental area, we see that there is high gas demand in many countries in this part of Africa. If we could increase our participation there, it would be positive.
Our goal is to have LPG reach the entire population. Equatorial Guinea has approximately 1.2 million inhabitants, and our desire is that all their stoves are fueled by gas. It is a bit hard to estimate the current coverage. After the decline of the economic situation, we have noticed that demand has decreased.

To which countries could Sonagas export natural gas and LPG?
There is demand from almost every country in the sub-region: São Tomé, the Democratic Republic of Congo, Ghana, Benin and even Cameroon. These are all countries where there is a possibility to co-operate and supply gas and LPG.
To supply other countries, we have a tanker and, depending on the circumstances, we could evaluate the possibility of improving the transportation system by using other vessels. We are working on how to supply gas to our neighbouring countries with our tanker.

How has the REPEGE (Petrochemicals Revolution of Equatorial Guinea) programme evolved and what benefits would it provide for the country?
REPEGE is a very interesting idea, but regrettably, due to the small deficiency in natural gas to be used as a raw material that we currently have, it cannot be implemented yet. Nevertheless, the idea behind REPEGE is very positive, because it would imply job creation for our population, we would have more plants – REPEGE involves the construction of several petrochemicals plants, such as urea, ammonia and formaldehyde – and as a consequence, the government would have a higher income.
Thus, the idea of REPEGE is very important and it persists. The issue is finding gas sources so that we can supply the petrochemicals industry.

Is Sonagas pursuing co-operation with other countries in the area of petrochemicals?
We are in talks with many countries and, in fact, both the ministry and Sonagas are looking into different partners. We have been speaking with Bolivia lately, because Bolivia has recently inaugurated a urea plant. We don’t have a urea plant and we are interested in developing one.
In Bolivia, they are studying the possibility of developing a methanol plant. Because we already have a methanol plant, we can exchange experience and knowledge.

What is the significance of Equatorial Guinea hosting the Gas Exporting Countries Forum in 2019?
This forum is very important because it allows for the exchange of different experiences and ideas. For instance, our experience in Bolivia has been extremely positive. Many of the propositions that we have made as a country have found good reception.
We also think it helps to understand the value of gas trading, because gas doesn’t have the same weight in exports that oil has. We need a mechanism for exchanging and carrying out joint actions that lead to an improvement in gas exports. Hosting this forum is a source of pride for us and we welcome it with great enthusiasm.

What does Sonagas want to achieve by 2020?
We are organising a gas conference in Equatorial Guinea in September 2018. It is very important because we want to establish guidelines for the development of gas, both in Equatorial Guinea and in Africa; and of gas usage, be it LNG or LPG.
Another goal, which I mentioned previously, is to make better use of natural resources in both Equatorial Guinea and the countries around the Gulf of Guinea. We are going to work with our neighbouring countries in finding a way to co-operate to make better use of these resources. It can be done through joint ventures, consortiums or holdings in which companies from the different countries with which we want to work would be present.

For more information on Sonagas in Equatorial Guinea, see our business intelligence platform, TOGYiN.
TOGYiN features profiles on companies and institutions active in Equatorial Guinea’s oil and gas industry, and provides access to all our coverage and content, including our interviews with key players and industry leaders.
TOGY’s teams enjoy unparalleled boardroom access in 35 markets worldwide. TOGYiN members benefit from full access to that network, where they can directly connect with thousands of their peers.