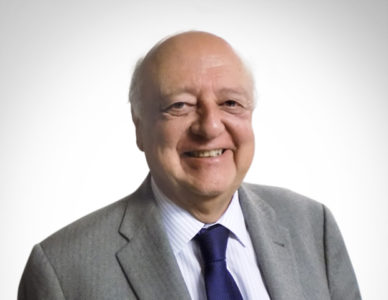 The idea of a strategic alliance and a convergence with both countries should become a reality. This entails a common point of view and policies in regards to the region.

TOGY talks to Ambassador José Antonio Viera Gallo, from the Embassy of Chile in Argentina about the new era of economic alignment between the two countries. Once a recipient of natural gas from Argentina, Chile is now one of the main suppliers of the commodity to the latter country. Chile pipes about 10 mcm (353 mcf) of gas per day to Argentina through four pipelines.

On potential energy trade: “In the future, once Vaca Muerta is exploited, we will hopefully be able to bring this energy into Chile.”

On mutual interest: “As things are normalised in Argentina, Chilean companies could be interested in investing here. At the same time, there could be some interest from Argentinian companies to invest in the Chilean energy sector.”

Viera also discussed the renegotiation of a free trade and complementation agreement and the signing of an energy exchange deal to establish a significant strategic alliance. Most TOGY interviews are published exclusively on our business intelligence platform TOGYiN, but you can find the full interview with José Antonio Viera Gallo below.

How has the relationship between Argentina and Chile evolved under President Mauricio Macri’s administration?
There has been new encouragement for this relationship based on international treaties. There is now the possibility to fix a lack of balance between a good relationship in terms of political consciousness and the economic/commercial relationship, which was a result of the lack of understanding between the Argentinean and Chilean economic policies. This has now changed.
A new tributary agreement has been approved. We are renegotiating the AC-35 free trade and complementation agreement, which has 40 protocols and should be completed by August 2017. It comprises free trade for goods and services, public sales, electronic commerce, SMEs, patents, protected denomination of origin, and so on. It will be a very important improvement.
Moreover, in 2015, we signed an agreement for energy exchange. This resulted in the first electrical energy sales from Chile to northern Argentina by AES Gener, by means of a connection between Antofagasta and Salta. Also, the four existing natural gas interconnection pipelines have been used for the exportation of natural gas to Argentina to cover the country’s winter demand.

What is Argentina’s role in Chile’s energy security?
President Macri will be going to Chile on July 27, 2017. We will hopefully sign an energy swap agreement then. In the future, once Vaca Muerta is exploited, we will hopefully be able to bring this energy into Chile.
We are working towards the energy integration of all of South America. Chile does not have its own energy resources, apart from hydroelectric and renewables.
This energy exchange with Argentina is profitable and safe. As long as there is interconnection, tariffs can go down. It is important for both countries.

What is the importance of the infrastructure connecting the two countries?
The electrical interconnection between the two systems that we have in Chile is being improved. We have the northern system and the central system, which will now be connected. Once this happens, our sales capacity will triple.
The interconnection at the AES Gener plant in Salta will be improved. There should also be a line in the Agua Negra tunnel between Argentina and Chile. We will have a double train track joining San Juan and Coquimbo and an electrical connection in the ventilation tunnel.
In terms of the physical connection, we have selected 26 border crossings to prioritise for an upgrade to improve the physical connection between both countries. The tendering processes for the the upgrades of the Agua Negra and Las Leñas tunnels are starting. On May 31, 2017, 10 prequalified consortiums were selected for the works at Agua Negra. We expect that the assessment of the requirements will last around three months, so by September 2017 we will know which consortiums are still in the race. By March 2018, we will make the call for tenders. Regarding Las Leñas, the engineering studies are being tendered.
In addition, the Cristo Redentor border crossing is undergoing a previously arranged system improvement process. It is also very important to improve the Villa La Angostura bypass.
There are also big ports that could be used in Chile by Argentina, especially for agriculture and mining. Other ports would have to be modernised or built.

Could gas from Vaca Muerta be liquefied in Chile, rather than going to Bahía Blanca?
Our regasification plants might have to be adapted, but there is no impediment to this.
The construction or adaptation of a port takes about three years, while the construction of tunnels takes about 10 years.
However, if you use the current gas pipelines, you can reach the port of Mejillones in Antofagasta. This is a port that can handle Post-Panamax vessels. The other interconnection reaches the ports of Chile’s eighth region, which is also very important and is placed in a deepwater area.

What is missing in the integration of the entire region?
It is already quite well connected, but it needs a common regulatory framework. It also needs companies that would provide the necessary services.
Argentinian Minister of Energy and Mining Juan José Aranguren has talked about a future meeting between the South American ministers of energy.
The most logical thing would be to use Unasur [Union of South American Nations], but it does not have a secretary-general. It has certain programmes that are related to infrastructure and interconnection, but we do not know when the secretary-general position will be filled.
There have been several meetings between the Mercosur and Pacific Alliance regional trade blocs. Argentina is an observer for the latter and Chile is associated with Mercosur. The problem with Mercosur and the Pacific Alliance is that Ecuador’s place is not clear.

What opportunities are available for Chilean companies to invest in Argentina’s energy industry?
Enap has plans for a USD-150-million investment in hydrocarbons exploration in the Austral Basin. Another Chilean company, CGE [Compañía General de Electricidad], markets electricity in Tucuman, San Juan and Jujuy. There is also AES Gener.
As things are normalised in Argentina, Chilean companies could be interested in investing here. At the same time, there could be some interest from Argentinian companies to invest in the Chilean energy sector.
The most interesting thing is the development of renewable energies, since there has been a very important expansion of solar and wind energy in the north of Argentina. There have been many tenders.
It would also be interesting if some of the main southern hydroelectric plants in Argentina could bring the energy through Argentina, since the Chilean orography is complicated. This would probably be done using a swap agreement, which at the moment is a framework agreement. Both countries need to work on the details.

Has it been easy for Chile to adapt to its new role as a natural gas exporter?
We sell Argentina about 10 mcm [353 mcf] per day. When Argentina stopped supplying gas to Chile in 2006, the Chilean government started to implement two gasification plants in Mejillones and Quinteros. Chile was able to import LNG from Trinidad and Tobago and Asia.
The infrastructure is in place. There are certain legal issues. Different rules are applied, depending on whether it is Chilean gas or from another country.
Piped gas supply from Argentina to Chile was sharply cut. It was a huge problem. We negotiated with the Argentinian government to guarantee a minimum amount of gas. However, this did not guarantee the potential failure of a power plant. It was a difficult period. We had a minimum supply of gas, so we built the two ports for LNG.

How did this situation impact Chile’s energy policy?
We were meant to have a guaranteed supply of natural gas at a convenient price for an indefinite amount of time. It was a very positive thing for us. Chile is not a country that has plentiful volumes of hydrocarbons.
We have hydroelectric energy, but these generate a lot of debate. The last ones were built in the eighth region. It was a very complicated process. A project for a plant called HidroAysén was paralysed because there was an international campaign against it. While this was happening, the price of renewable energies dropped.
Nowadays, renewables can cover an important part of the energy matrix. Most efforts are being put into that. We are moving this way, but that does not mean that we do not have a diversified supply. We have to see the conditions for exploiting hydroelectric energy. At the moment, it is the cleanest and safest type of energy.
Chile has an objective of reaching a certain percentage of hydroelectric power by 2020. We have already achieved this. We should also take into account our commitment to the environment. We want to reduce our carbon emissions, so carbon use has to decrease.

What objectives do you hope to achieve in your term?
The idea of a strategic alliance and a convergence with both countries should become a reality. This entails a common point of view and policies in regards to the region. It also means the Pacific Alliance and Mercosur have to become closer.
We have to finalise the free trade and complementary commerce treaty. We also need to consolidate our energy integration. Moreover, we need to reach a common policy in mining exploitation, specifically on lithium. All the main projects should already be awarded and operational. This will take between eight and 10 years.

For more information on Chile’s involvement in Argentina’s energy industry, see our business intelligence platform, TOGYiN.
TOGYiN features profiles on companies and institutions active in Argentina’s oil and gas industry, and provides access to all our coverage and content, including our interviews with key players and industry leaders.
TOGY’s teams enjoy unparalleled boardroom access in 35 markets worldwide. TOGYiN members benefit from full access to that network, where they can directly connect with thousands of their peers.