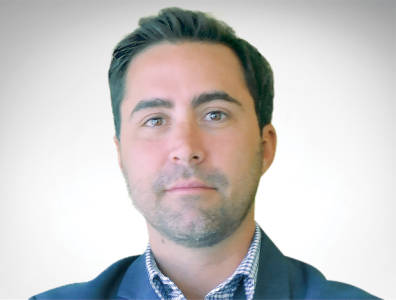 The focus must be on generating competitive conditions for players, in order to start shaping the new dynamics of the open market.

Paul Augé, Vice-president of business development for LATAM, BP Downstream, talks to TOGY about capitalising on the surge in product demand resulting from Mexico’s energy reform. BP opened its first fuel retail station in Mexico in March 2017 and plans to open 1,500 more by 2022.

BP originally entered Mexico’s oil and gas industry in 1960 to sell its Castrol oil brand and other car maintenance products at the retail level. More than 50 years later, the company’s presence has expanded significantly and now also covers upstream E&P and midstream activities. BP trades in natural gas, LNG, NGLs, crude oil and refined products, including petrochemicals.
In December 2016, the company entered Mexico’s upstream sector, winning two blocks in Mexico’s Round 1.4 tender, in consortium with Statoil and Total. Exploration plans for both deepwater blocks are expected to be submitted by September 2017.

• On Mexico’s offering: “We see great opportunities in Mexico, which is obviously a growth country from a fuel-demand perspective, but also from a consumer perspective. We see a growing middle class, which makes it very attractive for a brand like BP.”

• On what to focus on in 2017: “To develop all new infrastructure is going to take two or three years. Right now, the focus must be on generating competitive conditions for players, in order to start shaping the new dynamics of the open market and show globally that the reforms are on the right path.”

Augé also discussed the company’s plans to expand its digital presence and look into integrated supply chains in Mexico. Most TOGY interviews are published exclusively on our business intelligence platform TOGYiN, but you can find the full interview with Paul Augé below.

What factors could inhibit Mexico’s smooth transition from a state monopoly to an open market?
One challenge involves the transition from the monopoly of the current player over the whole value chain to being a production company. You cannot go from A to Z straight away; there must be something in between, so the government and players involved have to work together to figured out how to deal with that.
Another challenge is related to the regulatory framework and how the government can use Pemex to enable the reform, as opposed to going from a monopoly to the end stage, which is an open market. The rules are almost being developed as we go, which is a big challenge for us.
Access to infrastructure is another important challenge. However, to develop all new infrastructure is going to take two or three years. Right now, the focus must be on generating competitive conditions for players, in order to start shaping the new dynamics of the open market and show globally that the reforms are on the right path.

How has Pemex’s restructuring process contributed to the development of a more efficient and competitive fuel transportation system?
The key in Mexico is to enable the supplies efficiency. We have seen it in other countries. When Spain transitioned from a monopoly to an open market, they created CLH [Compañía Logística de Hidrocarburos], which is one of the country’s most efficient terminal operators. There is a huge opportunity in Mexico to create something similar.
We are not quite there yet, and this represents a challenge for the Mexican market. Investments in infrastructure are pending, and unfortunately, a lot of these major projects intended to consolidate the market’s competitiveness and efficiency will remain on hold until there is a little more clarity concerning the regulatory framework. However, they have to trust that we’re all here to invest and participate as competitors, working in synergy to create a competitive industry.

What are the most important opportunities for BP in Mexico?
Mexico is going to have the highest demand growth opportunities for BP. Obviously, we are focusing on retail at the moment, as we’ve observed that the biggest opportunities are in retail.
When it is considered that the Mexican consumer only had a monopolised option of fuel for more than 80 years, there is an outstanding opportunity to bring in everything that BP offers globally. We’re talking about bringing service, branding and technology into Mexico. We have already seen the response of the Mexican consumer to those three factors since our first retail site was opened in March 2017.
We’re also looking into opportunities in the midstream sector. Retail will be the foundation of our presence in Mexico’s downstream sector, but, as in every country that we work in, we’re looking into integrated supply chains – into secondary logistics, pipelines and terminal projects. Obviously, those opportunities will take two to three years to evolve. We didn’t want to wait this long to have a presence in Mexico; we wanted to start right away, so we started in retail.
Particularly in the last few years, as the market has started to open up, we have been really emphasising our growth strategy for downstream. This is part of an overall strategy developed over the past 18 months. We see great opportunities in Mexico, which is obviously a growth country from a fuel-demand perspective, but also from a consumer perspective. We see a growing middle class, which makes it very attractive for a brand like BP. This underpins our growth strategy for the segment.

What new products and services do BP retail sites offer?
One foundation of the BP brand is that we are customer-centric: The most important thing is to find out what our consumers want. In Mexico, one of the foundations for that is our Active Technology. We’ve implemented this additive in the fuels that we’ve been working on for the past few years. Ours is the first retail site in Mexico to offer a unique fuel. For the Mexican consumer, that is something very different and attractive.
We really wanted to come into Mexico with a differentiating product, and I think we have achieved that. We now have a plan to develop our offer over the next two to three years, with the expansion of our retail network.
Meanwhile, a digital workforce in the UK is researching global trends and those in each country we work in to determine how we can accelerate our digital presence.
We’re developing our BPMe app in two countries and are looking to bring it to Mexico later this year. We are still evaluating different features that will improve the customer’s experience when visiting a BP gas station. We are currently piloting different versions of the app in other markets, so will look at the customer response and bring the best features to Mexico
Convenience, digital services and technology are the three pillars of our offer to the Mexican consumer, and we’re working on our convenience strategy for Mexico.

What is BP Downstream’s five-year vision for the Mexican market?
One of our milestones is having placed a local team in Mexico. We have around 40 BP employees looking after the downstream segment of the fuels sector. If you look at the environment in which all oil companies are operating, that is a big commitment.
We started looking at Mexico two years ago – that was our first leap of faith – and we now have a very strong team of local employees that are building local capability. This aspect is critical for us.
We have publicly announced that we intend to open 1,500 sites over the next five years, starting in 2017. That requires human capital and material, and financial resources. We are definitely committed to Mexico, and this is a pillar of our overall growth strategy.
We like ambitious targets. Opening 1,500 retail sites in five years represents quite a challenge, and having 200 by the end of 2017 is an even bigger one.
As the first private retail operator to distribute a product different from the current one, we have learned a lot and have successfully developed the systems, tools, people and capabilities needed to pursue our objectives.
We have already started to sign contracts for dealers and sites that want to move with us. The most important factor in opening the first site, for us, was definitely to prove to consumers and potential clients that we came to Mexico to stay.

For more information on BP in Mexico, including the company’s entrance in the domestic fuel retail and exploration and production sectors, see our business intelligence platform, TOGYiN.
TOGYiN features profiles on companies and institutions active in Mexico’s oil and gas industry, and provides access to all our coverage and content, including our interviews with key players and industry leaders.
TOGY’s teams enjoy unparalleled boardroom access in 35 markets worldwide. TOGYiN members benefit from full access to that network, where they can directly connect with thousands of their peers.