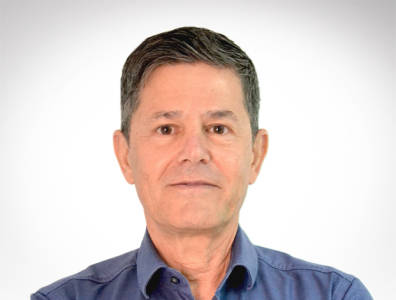 As far as logistics is concerned, there are always opportunities as companies are dependent on moving cargo from one place to another.

João Pereira, general manager of Supermaritime Angola, talks to The Energy Year about how Angola’s maritime sector has been affected by the Covid-19 crisis and the expectations for a near-term pickup of activity. Supermaritime Angola is a maritime agency and logistics services provider.

How do you expect maritime activity to evolve during the crisis?
As for the maritime agency part of our business, we perform crew changes for vessels operating for the oil and gas industry in Angola; however, in the past two months, there was no possibility of doing any crew changes due to the lockdown and the temporary ban on passenger flights to and from Angola, which had a negative impact on Supermaritime activity. Despite the above, food and essentials are still coming to Angola, as the country needs to import many items, so vessels are still coming and the activity for companies working on this sector is ongoing.
Apart from the oil and gas industry, Supermaritime deals more with general cargo vessels and vessels that bring materials for construction. For such activity, we are at a standstill, as there is not much construction going on at the moment. But there are vessels coming with fertilisers and grains every week, so especially when compared to some of our competitors, we feel lucky when we are nominated as agents for these vessels.

How has your business been affected by the crisis?
Angola’s oil and gas industry has really been hit by the oil price crash as well as the Covid-19 pandemic. In March 2020, the country lost five drilling rigs. BP and Esso both postponed the projects they have in Angola until 2021. There are just a few activities going on, such as maintenance.
This, of course, took a toll on Angola, where the oil industry is a major sector and companies are all suffering from this situation in one way or another. As far as logistics is concerned, there are always opportunities as companies are dependent on moving cargo from one place to another.
It’s not easy to work in the conditions created by the lockdown. We were lucky enough to have recently had a big project in Cabinda, where we had to move a land rig operating for Eni there. As their crude discoveries were unsuccessful, Eni cancelled the drilling activities and the rig was exported to [Republic of] Congo. As agents of the land rig owners, we were kept busy during the first 46 days of the lockdown moving around 100 truckloads with the land rig, its accessories and other related equipment from Cabinda to Pointe-Noire, Congo.
As Saipem service providers, we are still quite busy with their cargos arriving to Angola, mainly to Luanda, doing the clearance and delivery of materials for Total’s Kaombo FPSO as well as for Eni’s Cabaça development.
Overall, we cannot say the crisis has been too bad for us; however, we needed to organise ourselves to have our employees working remotely (home office). This was quite challenging due to the internet connection, which is an issue in certain residential suburbs, but we found good solutions with a bit of investment in purchasing internet packages for those who could not afford high-speed internet as well as with the acquisition of a few additional printers.
As some of our working processes were already being provided through a shared service centre located at Supermaritime’s head office in Rotterdam, the impact of the lockdown was minimised.

What key hurdles do you see for local and international companies in Angola during the crisis?
While opportunities for local and international companies are equal in the country, a key challenge for internationals now is the moving of staff into and out of Angola. However, I think this difficulty will be over very soon.
For instance, through our partner Petroserv, we shall be involved in the temporary importation of a vessel for Somoil, an Angolan oil operator. They have operations both onshore and offshore in Block 2 and they need to do important maintenance works on one of their offshore platforms. My understanding is that these works should have started in May 2020 but have been postponed to July 2020. I believe that technicians will be needed for this specific work, which is not easy at present due to the current flight bans and restrictions for people coming to Angola.

How prepared is the country’s oil and gas industry to weather this storm?
I think changes will start to happen in the industry only when the global economy picks up, as oil production is in a slowdown and there is not much demand. The major buyers of Angolan oil – China, India and the US – are in the same situation of decreased demand as we are.
However, governments are opening things up a bit and hopefully we will see things improving in the coming weeks and months. Once the demand is high again, and prices are high with it, investors will come to Angola as the potential is here.