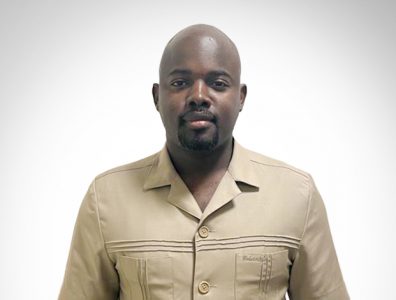 We are hoping to see better days where Angola’s increased refining capacity will translate into more jet fuel produced in the country.

Belarnicio Muangala, CEO of Fly Angola, talks to The Energy Year about the long-term variables that have shaped the Angolan aviation industry and new services the company plans to provide, such as out-of-schedule chartered flights. Fly Angola is an Angolan air transport company that began operations in September 2018.

What long-term variables have shaped today’s Angolan aviation service industry?
The aviation industry in Angola has experienced very hard times. Twelve years ago, we had about 13 private airlines, all of which no longer exist. The business environment and their business metric, in our view, were in contradiction. The business case did not make sense. There was also the issue of a very inefficient fleet, which obviously, with the oil price increase, had very high operating costs. The situation was unsustainable. Now the business environment is continuously improving, which we happily take part in as Fly Angola.
We would like to see more reforms on the economic side leading to high-impact initiatives in the aviation business, such as a liberalised airspace and concession of traffic rights, and private companies being able to compete with the state-owned or -funded carrier.

Is the company planning to provide out-of-schedule chartered flights for business executives?
Our vision for our airline is to provide tailored services while keeping our focus on our core business of scheduled flying. We see ourselves being able to provide corporate services for the oil and gas, mining and construction industries. These are three key sectors that move the Angolan economy.
We are shifting the segment and preparing ourselves to serve the oil and gas industry, and we have audits booked with a few oil companies in the near future. We are targeting large oil operators, which will tend to have more rotations and provide a greater business volume. Auxiliary service companies in this industry will also have demand, and we can cater to them with our scheduled services.

How is the company adapting its fleet to provide corporate services?
Currently our fleet consists of two ERJ 145 aircrafts. We are incorporating two De Havilland Dash 8 Q-300s, and expect to gradually increase the fleet. We just finished the process to certify the 300s with the Angolan Civil Aviation Authority and integrate the third ERJ 145, which we’re already certified to operate.
To provide corporate services, Fly Angola has acquired the two Havilland 300 turbo propeller aircraft on an operating lease to fly to Cabinda, Soyo, Catumbela and Namibe. We hope to have these Havilland 300s in operation by Q4 2022. Given the high fuel prices, we need to look at aircraft which are efficient and will allow us to have a competitive commercial offer.
We are running along the coastline, and this is where the oil and gas and construction executives demand personalised services. The flights are quite short – we’re talking about less than 300 nautical miles. We know Cabinda has 45% of the domestic market. That’s a market we definitely need to enter. Especially with the oil price above USD 100 per barrel, the oil industry will produce more and recover from the loss periods.

What kind of advantages can Fly Angola present to oil and gas companies compared to larger airlines?
Since we are a small company, we are more flexible. We have fewer client commitments and are increasing our fleet to offer dedicated services. Corporate clients in the oil and gas industry are better served with dedicated aircraft contracts. We are open to that; there are various setups that can be made. As we are leasing aircraft, ownership setups can be made with partners to serve them in such a way that they see air transport services as an in-house service provisioning.
Our core business is fixed wing, but we are open to look into rotary should legislation permit. We are an airline, and nothing stops us from certifying helicopters. If there is a company that requires fixed-wing and offshore simultaneously, we are willing to step up and carry out the necessary certifications to operate in a tailored contract. This is what we mean by tailored solutions.

How do you think clients and partners perceive the company?
Fly Angola intends to be transparent and have good corporate governance. We work closely with OEMs, which is vital to develop trust. We have had professional external consultants in aviation since day one.
Regarding certifications, we hope to have the IOSA [IATA Operational Safety Audit] accreditation by the end of 2023. We indicated to IATA [International Air Transport Association] in 2021 that we wanted to join. We have an airline designator code already (EQ). The IOSA certification is a credible standard, and is acceptable to any industry, including oil and gas. Nonetheless, we are still open to their internal audits.
We are very happy to see that Angola has joined the EITI [Extractive Industries Transparency Initiative]. This means we are becoming ever more compliant and adopting international standards and transparency.

What are the greatest challenges affecting the growth of Angolan aviation services?
One of the greatest challenges is airport infrastructure. The country has developed a new airport, which we hope to see operating in 2023. The lack of infrastructure adds to the current expensive business environment, which is also affected by the high costs of navigation and auxiliary services, fees and taxes. We don’t yet have a special tax regime for the airline industry, which one would expect in a country of this size. All these issues become a challenge for airline investments, and especially affect smaller airlines.
Aviation operating costs are very high. It would not make economic sense for foreign airlines to serve domestic routes. Since there is local capacity, these services need to be performed by local companies, which need to become competitive and empowered to raise the bar.

What are the keys to reducing air service costs in Angola?
Companies, as employers, need to build local maintenance capabilities, and improve infrastructure capacity if they are to perform better. We have the challenge of giving employees the right tools to perform and show us what they actually do.
For instance, there are no maintenance, repair and overhaul facilities in Angola, a large country with many operators and a state-owned oil company. The first step should be to reduce the cost of air transport by having local maintenance facilities. Obviously, that will lead to other services.

How does the increase in oil prices affect the aviation business?
The oil [fuel] price is currently USD 1.55 per litre. This is very high: considering we are coming from USD 0.74 per litre in December 2021. The industry standard fuel cost matrix normally accounts for 29-30% of operating costs, but right now fuel accounts for 55% of our costs.
We are hoping to see better days where Angola’s increased refining capacity will translate into more jet fuel produced in the country. We know that the import of jet fuel is making the price this high. If this fuel were produced here, we would not have such a high price.
From 2010 to 2013, we saw the death of various airlines mainly because of the oil boom. When oil prices are high, we tend to see airlines die. Seeing that the oil prices are rising, we need to take quick strategic steps to tap into corporate markets.

What are the main objectives in your long-term strategy?
These include expansion through partnerships and equity investments. Preference will be given to airline investors who understand the business, but we will keep the doors open to other investors. We have a very ambitious growth plan, and are able to present investors with business plans and financial forecasts. We think we have a strong case for capital funding and attracting investors to invest in Fly Angola.
We want the company to have corporate contracts. These are key for a healthy cashflow. Angola will join the Open Skies Treaty in 2025 (SAATM). We aim to cater to the regional market when that happens. We have seen an ever-decreasing presence of the state carriers in our region. We need to be ready for when this happens in our country in the same way it happened in South Africa and Namibia.