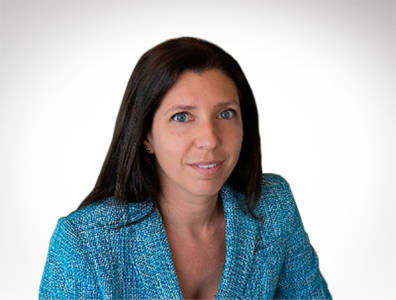 Argentina has the advantage of being a kind of hub, since it is in the middle of several countries and it has a lot of connectivity through oil and gas pipelines or transmission lines.

Mariana Schoua, president of Orazul Energy Argentina, talks to TOGY about Argentina’s changing power sector, how interest in renewables is growing in the country and where improvements can still be made to ensure operational and cost efficiency in the market. Orazul Energy was founded in 2016 when I Squared Capital bought Duke Energy’s global assets. The company owns hydroelectric and thermal plants in the Neuquén province.

Orazul Energy is one of the largest producers of electricity in Latin America. The company was established in 2016 when I Squared Capital investment fund brought Duke Energy’s international assets. The company has two power plants in Argentina’s Neuquén province: the 479-MW Planicie Banderita hydroelectric power plant in Cerros Colorados and the 97-MW Alto Valle thermoelectric power plant. In addition to producing power, Orazul also commercialises gas, electricity and renewable energy in the country.

• On market changes: “The ministry envisions the return of a competitive market, which will make the system more efficient and cost-effective. The process will be gradual, though, and we would like to have a clearer timeframe in place. It’s difficult for us to predict our future investments if that isn’t clear.”

• On energy pricing: “The regulation establishes different energy prices depending on technology, but we expect the government will transition into a market-based system with one price that will permit all types of technology to compete. That will promote efficiencies and the energy matrix will diversify, ensuring affordable and sustainable energy supply to meet demand.”

Most TOGY interviews are published exclusively on our business intelligence platform TOGYiN, but you can find the full interview with Mariana Schoua below.

How has Argentina’s power sector changed since the new administration took office in December 2015?
In the past, there were no incentives to invest in the power sector. This administration inherited a lack of power generation, low investment in distribution and power cuts during certain weather conditions.
When the electricity market was working properly, the energy reserve margin was approximately 20%, but it has dropped to nearly 0% in recent years. There was no focus on renewable energy and only 2% of the country’s energy matrix was renewables. On top of all that, Argentina lost its natural gas self-sufficiency and we started importing liquid fuels in 2011. Running a power generation plant on liquid fuel drives costs sky high.
This government inherited a difficult situation. It has made some radical changes, particularly at the macro-political level, which is where investment comes in. The government removed capital controls, let the peso float and reached agreements with bondholders, so as to take Argentina out of default.
As for the energy market, the government has begun to gradually lower subsidies. The goal is for the demand to start absorbing the real cost of the system. For generators, the regulatory framework has not changed dramatically: existing companies will continue to be remunerated according to costs, with a slightly improved system. For instance, we are now paid in dollars instead of pesos.
New players will play in a competitive framework based on public tenders. The first ones to come in were needed to produce emergency energy, because we were running at a deficit. This was traditional thermal energy. Next came renewable energy, which was, of course, inevitable.

Are the remaining challenges in the power market being addressed?
When it comes to electricity, the problem is that there is no market. The only player is CAMMESA, Argentina’s wholesale electricity market administrator. We hear that the ministry plans to change that. The ministry envisions the return of a competitive market, which will make the system more efficient and cost-effective. The process will be gradual, though, and we would like to have a clearer timeframe in place. It’s difficult for us to predict our future investments if that isn’t clear.

How do you expect the domestic renewables sector to develop?
We have always had such resources as wind and solar waiting to be exploited. The steady decrease of the costs associated with these kinds of projects have made them much more practical over the years. There is now a renewable energy law, which got a 98% approval in Congress, which is no easy feat. This provides a sort of stability and investors can now see themselves in Argentina for 20 years.
The downside of all this is that it’s still CAMMESA that buys the generated energy. When it comes to funding and foreign investors that have no presence in Argentina and don’t know the country’s history, this makes the situation more difficult. I think CAMMESA’s involvement will be a limiting factor. In spite of that, the government has had quite a lot of success.
We’re expecting that with renewable energy, we’ll be able to deal directly with private parties under PPAs [power purchase agreements], which were suspended in 2013. The current law stipulates that this will be possible again down the road. This will provide a wealth of possibilities, as a private company can provide subsidy conditions and services that the state can’t.
The RenovAr 2.0 auction was launched in August 2017. The government is trying to comply with the law, which sets a renewables target of 8% of the energy matrix by 2018 and 20% by 2025. With these renewables tenders, their first target is almost guaranteed. With all these new installations, there will be a need for some auctions for the expansion of the transmission network, too.

What kind of projects is Orazul interested in working on?
We’re evaluating wind energy, for instance. We think that renewable energy is an interesting market, and Argentina has amazing natural resources. I Squared Capital, which owns Orazul, has renewable energy projects all over Europe, the US and in many other countries, so we can learn from other people’s experience. Furthermore, we’re coming in at a time when equipment costs are far lower.
Currently, the regulation establishes different energy prices depending on technology, but we expect the government will transition into a market-based system with one price that will permit all types of technology to compete. That will promote efficiencies and the energy matrix will diversify, ensuring affordable and sustainable energy supply to meet demand.

Have you seen any adjustments in the commercialisation of gas?
Commercialisation companies play an important role because producers sell in large quantities and they don’t have or want the structure to sell to retail dealers. That market is completely stable and unregulated, so there hasn’t been much change.
One change is that marketers used to have the role of mediating between natural gas producers and generators. Now that generators don’t buy their own fuel, as it is provided by CAMMESA, that market is no longer available. Nevertheless, with the new regulations, we expect this to return one day.
Generators comprise one-third of all the demand for gas. It’s a very important market, so we’re looking forward to it. We’re looking at it from both sides, as marketers and generators of electricity. We want flexibility. It doesn’t exist today and it doesn’t help efficiency.

How is Argentina positioning itself in the energy market vis-á-vis other countries in the region?
Argentina has the advantage of being a kind of hub, since it is in the middle of several countries and it has a lot of connectivity through oil and gas pipelines or transmission lines. This gives us a competitive edge.
The fact that a lot of things are about to change here also helps us compete for investment. When you’re in a nice, stable market for a long time, things are good, but there is no room for growth. On the other hand, the perceived risk of investing here can work against us. We are out of default, but we are still far from an investment grade rating. We’re on the right path, but it will take some time.
Financing is still too expensive and limited here, which might dissuade investors from investing in companies that don’t have an international presence to back them up. Belonging to an international investment fund and having a partnership with the IFC [International Finance Corporation] helps Orazul, in that sense.

What is the USA’s role in Argentina’s energy industry?
The US has expressed a lot of support for Argentina and for our president during US Vice-President Mike Pence’s visit. The US Chamber of Commerce also came to Argentina, and is promoting business and investment between the two countries. They want to knock down barriers and want there to be a connection, not just between the two governments, but also between states and provinces. That would open up investment opportunities in regions that are more remote and obscure on the macro level, but with great potential.
As for energy, Vaca Muerta is in the spotlight right now. A lot of American oil and gas companies are there already, but production costs are a problem, because it’s more expensive to set up in Argentina than in the US. We have problems with inadequate infrastructure and expensive labour. Thankfully, the new government is aware of that and is aiming to correct it.

Is Neuquén’s infrastructure adequate for the oil and gas development happening there?
The province’s biggest challenge is Vaca Muerta. Neuquén has been preoccupied with this matter for many years, because there has been a lack of infrastructure on every level. The quality and capacity of roads is a major issue. Housing, hotels and hospitals are other issues.
You could see all this as an obstacle, or you can also see it as a tremendous opportunity for many different sectors. The greatest challenge for government at the municipal, provincial and national levels is to ensure that everything evolves in an orderly manner.

Where would you like to see Orazul positioned by 2022?
We expect to have a strong presence in the market, especially the private market. We want to be capable of offering a private company all the energy products they need, rather than have a situation where it has to go to many different providers. Regulatory changes are underway to allow it, so we expect the obstacles to be removed soon.

For more information on Orazul Energy in Argentina, including the company’s expansion plans in the country, see our business intelligence platform, TOGYiN.
TOGYiN features profiles on companies and institutions active in Argentina’s oil and gas industry, and provides access to all our coverage and content, including our interviews with key players and industry leaders.
TOGY’s teams enjoy unparalleled boardroom access in 35 markets worldwide. TOGYiN members benefit from full access to that network, where they can directly connect with thousands of their peers.