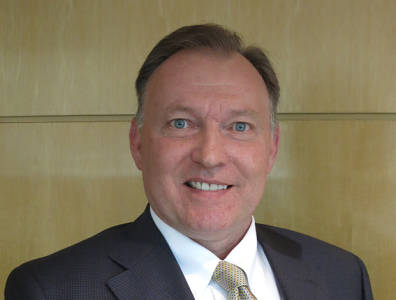 To attract a broad spectrum of operators capable of making significant capital investments, the terms of the PSC must be competitive.

Noble Energy Mexico country manager David McDonald discusses the limitations of the requirements outlined in production-sharing contracts (PSCs) by the Mexican government as well as the terms and process of Round One. US-based independent Noble Energy, which operates in the Gulf of Mexico, DJ Basin, Eastern Mediterranean and West Africa, is entering the Mexican market.

Companies are currently generating a comprehensive set of comments in response to the contract terms. Noble Energy offered the following suggestions to help ensure that Round One achieves the success that Mexico desires.

PROFITS: The government chose to implement a PSC in the first bid round, in lieu of permits and licenses. The PSC is a standard industry relationship between the government and an operator. This relationship allows the government to retain ownership of the country’s hydrocarbons while assuming minimal exploration and production risk. The operator collects an agreed upon percentage of the crude produced.

Noble suggests that the government adjust the economic terms of the PSC associated with incentivising exploration, investment, operational efficiencies and speed of development. Currently the PSC adjustment mechanisms deter these actions. The percentage to the state increases if oil prices increase, large oil reserves are discovered or operator efficiency reduces costs. Ultimately, these adjustment mechanisms limit operators’ incentive to invest in exploration, development and production activities.

CAUTIOUS CLIMATE: In the current economic environment, where oil prices can fluctuate from $100 to $50 per barrel, it is only logical that capital investments face reduction. In order to attract a broad spectrum of operators capable of making significant capital investments, the terms of the PSC must be competitive with other opportunities worldwide.

To justify investments, operators require a competitive rate of return. By providing attractive financial terms that allow operators the opportunity to earn a return that is comparable to the significant risks and capital requirements, Mexico will attract the best partners.

TERMS AND CONCERNS: An amendment of consortium terms would also serve to make the Round 1 tender more palatable to operators. Currently, each company can only participate in one consortium and each consortium can only bid on five blocks.

These restrictions not only limit participation opportunities for companies, they also limit Mexico’s ability to receive maximum bids. Both Mexico and investors would benefit from allowing operators to participate in multiple consortiums in the upcoming bidding rounds.

Development in geological plays is also affected by consortium terms. Both shallow and deepwater areas have multiple geological characteristics requiring different exploration techniques and strategies. Allowing operators to participate in multiple consortiums would provide these entities with more opportunities to pursue their strategic goals and promote greater interest in Mexico’s exploration sector.

The Round One PSC’s initial exploration period of three years, with a requirement to drill two wells, provides a limited amount of time in which to perform due diligence of exploration in order to determine where best to invest. For example, salt basins require at least four years to acquire and process seismic data. Following this analysis, an additional year of planning and engineering is needed prior to drilling the first well.

Allowing operators sufficient time to conduct thorough geologic analyses would likely result in the discovery of previously unknown oil and natural gas reserves. The development of these discoveries will not only create additional revenue for Mexico, it will also increase the number of job opportunities and the amount of money spent on goods and services in-country.

THE LOCAL SCENE: Mexico’s energy market shows great potential. One of the unique aspects of Mexico is the already-functioning robust oil industry. Well-educated professionals and experienced labour services are all readily available. The availability of these resources will enable rapid development by international companies.

In addition to a well-equipped workforce, local fabrication capabilities, such as pipe manufacturing, oilfield materials and goods, are also well equipped to accommodate international operators. Achieving Mexico’s local content requirements as a percentage of expenditure will not hinder an operator’s ability to compete.

Partnering with Pemex would be an excellent opportunity. The company has firsthand experience operating in Mexico, owns a great deal of data, and has working relationships with service providers throughout the country.