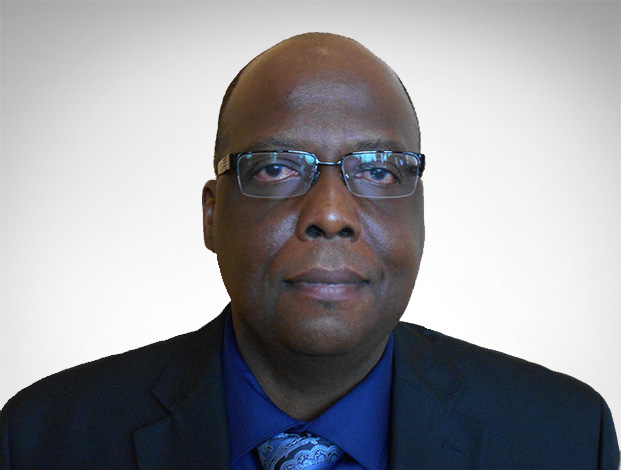 The merits of transparency

• ON THE AVAILABILITY OF SEISMIC DATA: Once a company does seismic work, they have to log a set of records with the ministry. However, if a company is doing drilling and/or production related work in an area that’s within their contract, that company is not really worried about anybody looking at their data, at least for a specified period. However, as a layman, I would think that if a company won the block, conducted a seismic survey and then decided they didn’t want to do any work there, that information should be available to anybody who’s interested. It should be all right with the ministry if you pay a fee. I’m sure companies would have no problem paying for the data, rather than having to go look for themselves.

How can the lack of transparency in Trinidad and Tobago’s oil and gas industry be addressed?
Transparency can only be increased if the parties who make the decisions want it to happen. There’s always been a small group of people who have in-depth knowledge of the industry. The average person in Trinidad and Tobago probably doesn’t really grasp or understand what it means when it is said that the country has a significant oil and gas industry.
Transparency also has to do with information. The ministry will put out a monthly bulletin on operational issues such as oil and gas production and ammonia production, etc. However, now that there is a large focus on the natural gas situation, the time is more than opportune for the NGC [National Gas Company] and the [energy] ministry to develop a five-year or 10-year projection of expected natural gas availability [and production] in Trinidad and Tobago. They should also publish what projects we expect to continue and which projects are under discussion for start-up, depending on gas availability.
For whatever reason, that information remains relatively unknown to the public. More transparency allows you to have a greater level of confidence about the future of the industry. In Trinidad and Tobago, and this information should be public and available. We shouldn’t have to require people to search it out and ask questions.
TROC [Trinidad Regional Onshore Compression project] is supposed to deliver 200 mcf [5.7 mcm] per day, but for how long? Juniper is supposed to deliver up to 590 mcf [16.7 mcm] per day, but where is the profile of what it is supposed to produce for the first 10 years? What it actually produces may change, but we should at least have an estimate. This is the type of information I would like to see being available.

What is the best framework under which companies should develop domestic energy resources?
I don’t expect transparency regarding contracts. That is not the norm. The E&P contracts allow for cross-subsidising losses against profit-making parts of the operation as opposed to production sharing contracts (PSC) where producing assets are “ring-fenced” from other parts of the operations. The E&P contract allows a company to have a loss making part of its operation offset another part of the operation that is profitable. It may not necessarily be the best arrangement for Trinidad at this time. We could find an international consultant to advise the government on what types of arrangements may be the best given the history and peculiarities of our industry.
There are also issues with production-sharing contracts. Depending on how they are constructed, you could end up with problems, but there are ways to fix them. With production sharing contracts, if a particular part of a company’s operation is profitable, the government can collect all the taxes and royalties on that operation. It’s not cross-subsidised against another part of the operation that may be losing money.
These contracts allow for more clarity about where your money or revenue stream comes from. There are many entities such as Wood Mackenzie and others who can advise the ministry in these matters. It is something that we should continue to look into.

What is the public’s perception regarding oil and gas operations in the country?
The average member of the public doesn’t really know what it means. It’s up to the regulatory agencies to help people understand what it means. For example, we signed the BP [contract] and Juniper is coming along, but what does that mean? Because this information is not readily available, even somebody who has a good [grasp of] the industry is still unsure about a lot of things.
In comparison, I can go to the DOE [US Department of Energy] and other regulatory websites and the most minute details about particular operators – their levels of production and projections – are easily available. If I go to the equivalent in the UK or in Canada, I can find reams and reams of information about where the company is, what contracts they have and the duration of those contracts.

How can the dissemination of seismic data be improved?
Once a company does seismic work, they have to log a set of records with the ministry. However, if a company is doing drilling and/or production related work in an area that’s within their contract, that company is not really worried about anybody looking at their data, at least for a specified period.
However, as a layman, I would think that if a company won the block, conducted a seismic survey and then decided they didn’t want to do any work there, that information should be available to anybody who’s interested. It should be all right with the ministry if you pay a fee. I’m sure companies would have no problem paying for the data, rather than having to go look for themselves.

Are there any issues with the way Trinidad and Tobago handles unused licensed acreage?
A large operator in the country is sitting on a large amount of acreage. However, only a relatively small portion of the acreage that they have under licence is actually being used for production purposes. In a situation where we are short of resources, you would like to see all of your most prospective territory being explored and drilled [as soon as possible], as opposed to having an operator cherry-pick what they want to produce and when they want to produce it.
This may not be completely fair, but the reality is that companies produce on their schedule because the investment funds emanate solely from them. They make investment decisions [based] on their schedule. We don’t always get the chance to make or have meaningful input into investment decisions that reflect positively on our demand and supply situation. If the resources belong to us, we should be striving to have decisions made on our schedule, or at least agree on a mutually acceptable schedule?

What would be a better way to deal with unused acreage?
Only the exploration and production contract holders are currently able to sit on a full area and decide when they can drill the prospects they have identified.
Under a production-sharing contract (PSC), you have an area and if you don’t use the area or are not successful there, after a specified number of years, there is a provision to relinquish it back to the State. A company operating under s PSC would have to indicate to the ministry when it is going to drill and where. If such a company doesn’t have a plan and know how it is going to fund that plan, the aforementioned provision kicks in relinquishing the acreage back to the State.

On what areas should oil and gas companies be concentrating?
Incentivising investment is always going to be a challenge. Trinidad and Tobago has been a producer of oil and gas for a long time. We have a long history, but we also have very mature producing fields.
We also have a lot of areas that have never produced and are relatively untapped. We have relatively new territories that have not been explored. Deepwater, which BHP Billiton is working in now, is an area that has been really underexplored. Deepwater is where we have the potential to find really big resources. So far, BHP Billiton has not found anything huge that it can use, but I am confident and hopeful that it will.

What are the main causes of Trinidad and Tobago’s gas curtailments?
I suppose lack of investment is one of those causes. Tax models not being attractive to operators was also part of it.
Also, when BPTT shut down its platforms for maintenance, after it started the wells back up, they didn’t produce at the same levels [prior to shutdown], exacerbating the steady decline of BPTT’s production.
I think the other issue is that BG’s (now Shell) Starfish development really tanked. Starfish was supposed to keep the company at a particular level; however, Starfish never produced at projected rates. I understand that Shell is doing the work to try to fix what went wrong and bring Starfish back on line at the level that was initially projected.

Has Trinidad and Tobago always been reliant on larger operators, such as BP and BG, for natural gas production?
In the mid-1990s, before British Gas [BG] came, BP was the largest gas producer in Trinidad and Tobago. The government made a policy decision that it wanted to have more than one natural gas producer. British Gas came to Trinidad and acquired the fields on the north coast, which were originally drilled by a company called Tenneco from the US in the 1970’s and later abandoned. After that, EOG Resources joined the market and has become a very reliable supplier. Those developments changed the supply mix as the country had more than one gas supplier.
In 2017, BP, EOG, Shell and BHP Billiton are active. We probably need a couple more companies to come in, because the big operators still have a stronghold. These companies are spending lots of money, investing hard cash and are here to see the best returns for their shareholders. There’s nothing wrong with that.
However, we should be trying to make sure we extract the best value for the citizens of Trinidad and Tobago and our stakeholders here. I’m not sure if we have been doing the best job of that.

For more information see our business intelligence platform, TOGYiN, which eatures profiles on companies and institutions active in Trinidad and Tobago’s oil and gas industry, and provides access to all our coverage and content, including our interviews with key players and industry leaders.
TOGY’s teams enjoy unparalleled boardroom access in 35 markets worldwide. TOGYiN members benefit from full access to that network, where they can directly connect with thousands of their peers.