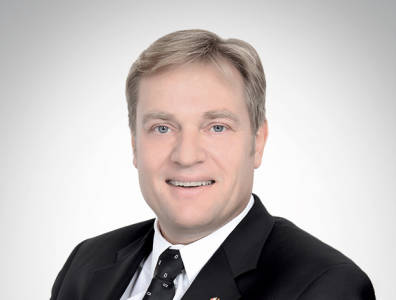 The promise of natural gas

The UAE is seeking to increase natural gas production and reduce dependence on imports. Statoil’s Middle East vice-president Neri Askland describes the advantages of gas over oil and the reasons behind increasing domestic consumption. Statoil’s regional headquarters are in Abu Dhabi, from where the company assesses the potential of upstream opportunities across the Middle East.

The countries on the southern coast of the Arabian Gulf, including the UAE, have relatively little non-associated gas. Qatar, as an exception, has a large amount of non-associated gas, primarily in its North Field asset.
While natural gas produced in Qatar is relatively sweet, in Abu Dhabi, gas can be very sour. Two onshore sour gasfields, Bab and Shah, are currently under development, with the Shah gas project reaching full production capacity of 28.3 mcm (1 bcf) per day in the third quarter of 2015.

POWERED BY GAS: Gas can be used in place of oil in power generation projects, allowing more oil to be consumed for the production of higher-value downstream products. The practice of using oil for power generation carries a huge opportunity cost in countries such as Saudi Arabia, where the practice is more common.
Gas is a good choice for the UAE’s power generation requirements, given its flexibility and favourably low carbon dioxide emissions. Gas emits the lowest amount of carbon dioxide per British thermal unit of all hydrocarbons fuels and is the best choice for meeting the UAE’s power generation when considering the UAE’s ambitions to reduce its carbon emissions.
Gas is a flexible source of fuel for running power plants in a dynamic manner were consumption of electricity varies throughout the day. In the UAE, the consumption of natural gas for power generation and water desalination has grown by 58.8 percent from 2005-2015.

MANUFACTURED CHANGE: Gas is in high demand for industrial, commercial and residential needs in Abu Dhabi, and the UAE’s demand for the commodity continues to increase as the country continues to industrialise.
Energy-intensive ventures in Abu Dhabi’s downstream and industrial sectors will consume much of the additional gas produced by new projects in sour gas and elsewhere. Emirates Steel, for instance, is aiming to expand its operations and will request additional gas allocations to meet their industrial needs over the next few years.

PRODUCTION CONSUMPTION: Abu Dhabi also needs a large amount of gas to maintain its current oil production, as an estimated 26 percent of the gas produced is re-injected as part of enhanced oil recovery techniques.
For instance, Abu Dhabi Oil Company for Onshore Oil Operations has been very proactive in utilising enhanced oil recovery techniques when developing their assets. It is now implementing pilot tests to assess the viability of injecting carbon dioxide in place of natural gas, in a co-ordinated effort with Masdar, also known as Abu Dhabi Future Energy Company, to reduce the amount of natural gas consumed in this manner.

BRING IT IN: In its efforts to diversify its marketable gas volumes, the country has increased LNG imports. EmiratesLNG is developing a new LNG import terminal in Fujairah that will have a planned import capacity of 5 million tonnes per year.
Going forward, the UAE’s government will continue to increase LNG imports and develop local free gas resources. The country may also import additional gas through pipelines to meet domestic demand. Qatar is supplying the UAE with gas via the Dolphin Pipeline at a rate of around 56.6 mcm (2 bcf) per day, although the pipeline has a design capacity of 90.6 mcm (3.2 bcf) per day. Gas will remain an important fuel for the future of the UAE’s economic development.

CARBON BUBBLE THEORY: The Carbon Bubble Theory states that oil and gas companies’ assets may be overvalued because the effects of future global or local legislation on carbon emissions may not yet be taken into account. The introduction of new policies and future costs incurred by environmental changes could diminish the market value of the assets of oil and gas companies.
Countries and companies looking to develop future assets could incorporate gas into their portfolios, which would protect them against the devaluation foreseen by the carbon bubble theory, as the carbon emissions of gas are lower.

COUNTRY OUTLOOK: Locally, the UAE has made a commitment to reduce the carbon output of its transportation industry by removing transport fuel subsidies from August 2015, and linking its domestic fuel prices to international markets.
One motivation for this change is to create a culture of sustainable fuel consumption in the UAE, and therefore preserve and protect the nation’s assets for future generations. Initiatives such as this will be important in shaping the UAE’s future energy mix as the country manages its rising energy demand.