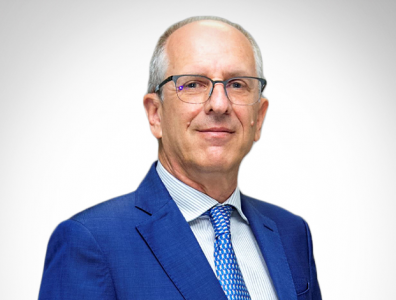 Reforms have brought a new enthusiasm to Angola’s hydrocarbons sector and for Azule Energy particularly.

The state of Angola’s hydrocarbons sector

Adriano Mongini, CEO of Azule Energy, talks to The Energy Year about the company’s long-term commitment in the Angolan market and the state of Angola’s hydrocarbons sector after recent reforms. A joint venture of Eni and bp, Azule Energy is Angola’s largest independent equity producer of oil and gas.

What are the key takeaways from the creation of Azule Energy and its long-term commitment in the Angolan market?
Azule Energy is a 50/50 Eni and bp company with the objective of managing both companies’ upstream, LNG and new energies portfolios, as well as pursuing new opportunities for further investment.
Combining two world-class businesses into one stronger company brings operational synergies through optimisation of deepwater activities, significant cost saving and operational optimisations.
We have a strong pipeline of new projects scheduled to come on stream over the next few years. These include the Agogo Full Field and PAJ oil projects in blocks 15/06 and 31, respectively, and the New Gas Consortium (NGC), the first non-associated gas project in Angola.

What is the status update on Angola’s hydrocarbons sector following the recent aggressive reforms?
We can see the difference in the industry activities since the reforms were done in 2018. Those entailed exploration in existing production areas, changes in fiscal and commercial terms to allow stranded reserves to be developed, a new gas law to allow the development of natural gas, an abandonment and decommissioning law for oil and gas infrastructure, and a law for procurement and acquisition of services and goods.
Progressing with projects like PAJ and NGC are concrete examples of how those reforms brought a new enthusiasm to the sector and for Azule Energy particularly.

What are the priorities to increase production capacity and leverage the great upsurge in oil prices to bring in new infrastructure and develop marginal fields?
We are committed to continue developing the country’s hydrocarbon potential. We currently have more than 200,000 barrels equivalent a day (boepd) of net oil and gas production.
To reach the ambition of 250,000 boepd of net production in the next five years, Azule Energy will invest more than USD 1.5 billion per year in new development projects in the next four years and will continue to improve the overall operational efficiency, with well interventions and drilling infill wells.
Azule Energy is also the operator of five exploration blocks that will be the core of our future production growth, leveraging our well-recognised exploration capabilities.

What are the latest activity updates in Block 15/06 and Block 31 and their far-reaching implications for Angola’s proven oil reserves?
Azule Energy has around 2 billion barrels of net resources and a strong pipeline of projects starting up over the next few years that will help to minimise the production decline, such as Agogo and Ndungo in Block 15/06, PAJ in Block 31 as well as the NGC gas projects. We also operate Block 18, in which the Platina field started production by the end of 2021, adding around 30,000 boe/d at peak.
Azule Energy’s operated portfolio includes eight licences, five of them being exploration blocks with a lot of potential to increase Angola’s reserves and hydrocarbons production.

How will the company position itself to capture new opportunities from the energy transition?
We are the operator of the NGC, a pioneer project in the country that has first gas planned for 2026 and has an expected production of 330 mcf [9.35 mcm] per day at plateau. Its production, in addition to meeting the demand of the ALNG plant, will address the domestic gas needs in the country and help the government offset the natural decline of oil production.
Azule Energy is committed to preserving the environment and to promoting carbon neutrality. Our policy in decarbonisation will be fully developed consistently with bp and Eni’s environmental values and goals. Our operations’ emissions will follow a sustainable trajectory in line with both companies’ environmental targets and initiatives of carbon compensation will be developed to reduce the Azule Energy carbon footprint.

What will be the role of renewable energies in its portfolio?
Azule Energy’s first renewable energy business project is Caraculo’s photovoltaic plant, being developed by Solenova, a 50/50 joint venture between Azule Energy and Sonangol created specifically for the promotion of renewable energy projects in Angola.
Located in the province of Namibe, the project consists of the phased installation of a 50-MW photovoltaic plant; the first 25-MW phase is currently under construction and is scheduled to be operational in 2022.
Caraculo’s photovoltaic plant will contribute to the reduction of diesel consumption for the generation of electricity and will support the diversification of the energy matrix in Angola, particularly by feeding electricity to the southern territory’s grid.

What are the short- and medium-term objectives for Azule Energy in Angola in the post-pandemic period?
We have a firm commitment towards a continuous development of the country’s hydrocarbon potential and to support the energy transition, which we intend to capitalise through an ambitious investment plan and our strong and diverse portfolio.