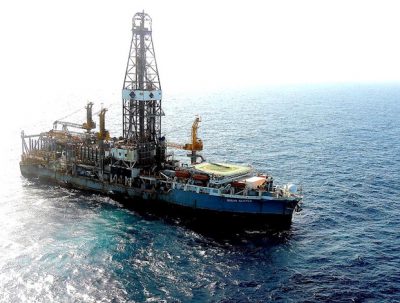 Even though Colombia’s offshore is a new exploration frontier with high risks and premium, this first success proves the great potential of Caribbean deep waters.

In the second part of our series highlighting the best companies, projects and people of 2016, we look at stand out projects in sour gas, offshore and vertically integrated exploitation. The Oil & Gas Year covers the international oil and gas industry by interviewing oil industry executives face to face.

Utilising ultra-sour: The Shah Gas Development Project was named the Abu Dhabi 2016 Project Execution of the Year. After five years of construction, the facilities at the onshore Shah gasfield were brought on line in July 2015. The giant gasfield was developed by Al Hosn Gas, a joint venture between Abu Dhabi National Oil Company (60%) and US exploration and production company Occidental Petroleum (40%). The USD 10-billion project was technically challenging, since gas from the field is ultra-sour. However, Al Hosn Gas reached maximum production soon after start-up, producing 14.2 mcm (500 mcf) of gas per day, which is fed into the UAE power grid for domestic use.
“Sour gasfields were discovered as far back as the 1960s in Abu Dhabi,” Al Hosn Gas CEO Saif Ahmed Alghfeli told TOGY. “But the technology available at the time was not sufficient to handle such a challenging resource.”
The Shah Gas Development Project is the first of its scale to work with very sour gas, or gas with a hydrogen sulphide content of more than 10%. It is expected that the technology used in the construction of the Shah Gas Development Project can be implemented in other fields in the region, such as Abi Dhabi’s Bab sour gasfield.

Unlocking Colombia’s offshore: The Brazilian state-owned oil giant Petrobras won the Offshore Development of the Year award for its activity in the Tayrona block in the Colombian Caribbean.
Petrobras, the operator with a 40% interest, has been exploring the block since 2004.
The Tayrona block is the first deepwater block granted by the Agencia Nacional de Hidrocarburos. Colombia’s state-run Ecopetrol and Spain’s Repsol each hold 30% shares. Petrobras discovered natural gas through the Orca-1 well in December 2014. The Orca development is the first deepwater discovery in Colombia.
“Even though Colombia’s offshore is a new exploration frontier with high risks and premium, this first success proves the great potential of Caribbean deep waters,” Nilo Duarte, president of Petrobras’ Companies in Colombia, told TOGY. The company will drill an evaluation well targeting the Orca field by 2017.

Securing LNG: In 2016, developments associated with the Senoro-Toili block took home both the Upstream and Downstream Project of the Year. Operated by the joint operating body Pertamina Medco E&P Tomori Sulawesi, the Senoro LNG Production Facility is a two-train production unit with total capacity of up to 8.77 mcm (310 mcf) of gas and 8,000 barrels of condensate per day. In mid-2015, the first shipment of resources from the facility were transported to the newly commissioned Donggi Senoro LNG plant. The USD 2.9-billion Donggi Senoro LNG is Indonesia’s first LNG project implemented under the downstream development model of the Indonesian Oil and Gas Law 22/2001. It has a capacity of 2 million tonnes of LNG per year. The LNG facility receives 7.08 mcm (250 mcf) of natural gas per day from the Senoro-Toili block. The Matindok gas development project supplies another 2.4 mcm (85 mcf) per day. Donggi Senoro LNG exported its first LNG cargo in August 2015, making 11 shipments in 2015. The target in 2016 was 36 shipments.