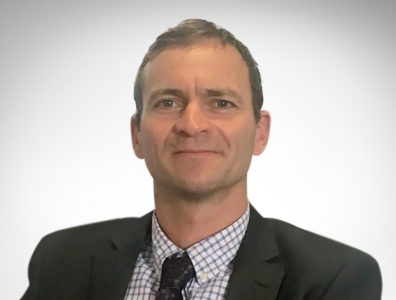 "Contact with registered companies has been positive. Those companies have shown a strong desire to license data and work the region a technical basis, based on new datasets."

"Not only the super-majors, but a wide range of companies can participate during this round."

The Republic of Congo’s ongoing licensing round provides opportunities to both international super-majors and smaller regional exploration and production companies, according to Alex Vartan, the vice-president Africa multi-client of PGS, a leading seismic and electromagnetic data services provider.

TOGY talks to Alex Vartan about Congo-Brazzaville’s new Petroleum Code, the potential of pre-salt layers, and the role of seismic technology in opening up new exploration opportunities.

The Republic of Congo’s new Petroleum Code, formally ratified by parliament in October 2016, was “the last piece in the jigsaw puzzle,” Vartan says. “It is a straightforward code.” The new Petroleum Code gives the state-owned oil company Société Nationale des Pétroles du Congo (SNPC) the opportunity to take a stake of up to 15% in each block.
There is a local content requirement stating that at least 15% of the share of a block needs to be held by a local, private company. “The minister has the right to make changes and remove the requirement for the private local content if necessary,” Vartan tells us. The minister has done so with regard to the deepwater blocks currently on offer.

Further information on the blocks on offer was released, just before oil minister Jean-Marc Thystère Tchicaya officially opened the licensing round at the 2016-edition of the Africa Oil Week. The documents are available on the Congo Licensing Round website.
There are 13 blocks up for bid during the licensing round: eight offshore blocks, located in the Coastal basin, and five onshore blocks in the Cuvette basin. The bidding round will close on January 31, 2017, after which the ministry and the SNPC, supported by PGS, will take two to three months to evaluate the bids.
Technical prowess is important. Moving into Congo-Brazzaville’s deepwater means drilling into pre-salt formations. “Contact with registered companies has been positive,” Vartan told TOGY. “Those companies have shown a strong desire to license data and work the region on a technical basis, based on new datasets.”

Access to acreage is the main driver of exploration activity, according to Vartan. “Companies need to see license rounds on a regular basis, so they can plan two to three years in advance, and [they] require consistent regulatory regimes. But really, what is driving it today is access to acreage.” The blocks on offer during this major licence round are varied.
“There is something for everyone,” Vartan says. “The prime focus is on pre-salt. There are large, deepwater blocks with good pre-salt potential.” But there are also shallow water blocks higher up the shelf available. “That means that not only the super-majors, but a wide range of companies can participate during this round.”