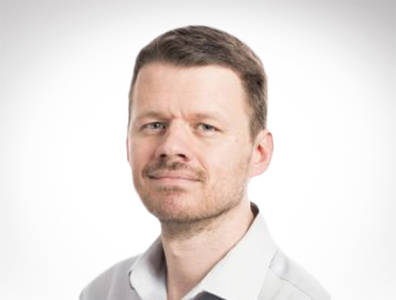 “Most economists would agree that maintaining fiscal discipline is important.”

Trinidad steps in the right direction

Lodewijk Smets, senior economics specialist at the Inter-American Development Bank (IDB), talks to TOGY about Trinidad and Tobago’s economic outlook, recent positive steps the government has made and potential challenges to be aware of ahead of the country’s 2020 election. The IDB is the largest multilateral credit provider in Trinidad and Tobago.

On fiscal discipline: “Most economists would agree that the country needs to continue maintaining fiscal discipline. This is especially true in the current environment, where a number of emerging markets are facing turmoil.”

On being prepared: “A large and unexpected external shock combined with large discretionary spending could derail public finances and reduce business confidence. The shock may come from the energy sector, the financial markets or global tensions. Even though I think there’s a pretty low probability of that happening, the country needs to be prepared for the unexpected.”

Most TOGY interviews are published exclusively on our business intelligence platform, TOGYiN, but you can find the full interview with Lodewijk Smets below.

What is the IDB’s macroeconomic assessment of Trinidad and Tobago?
The basic storyline is a shift in momentum from the second half of 2017 onward, where oil prices and gas production volumes have picked up. The Henry Hub is now around USD 2.80 and Brent is trading at more than USD 75 per barrel.
The positive developments in the energy sector are also important for the government as it improves public finances. Preliminary estimates indicate that the government has actually run a primary surplus in the first quarter of this fiscal year [October 1-September 30]. This shows that government finances have been redressed, especially compared to 2016 and 2017, when there were large fiscal deficits. Fiscal consolidation is actually what the country needs. Debt sustainability analyses show that the country needs to run primary surpluses to keep debt below 65% of GDP.

What correct steps has the government taken?
Most economists would agree that maintaining fiscal discipline is important. This is especially true in the current environment, where a number of emerging markets are facing turmoil.
Consolidating public finances can be achieved by raising revenues and/or cutting expenditures. The government has worked on both fronts. Expenditures have been going down (e.g. fuel subsidies), especially in absolute terms, and the government also implemented a number of revenue measures (e.g. the property tax, corporate tax and banking tax).

What is the growth forecast for the country?
The IMF has reduced its growth forecast for 2018 from 1.9% to 0.2%, partly because 2017 growth was better than expected. That is, part of the growth the IMF expected for 2018 already occurred in 2017. The economy is still expected to grow this year, mainly driven by the energy sector. There is a need to keep a close eye on the non-energy sector, which has shrunk during the past two years.

What external buffers does Trinidad and Tobago have?
The Heritage and Stabilisation Fund amounts to 27% of GDP. There are also liquid sinking funds, which serve to repay debt. They are about 5% of GDP. The country has financial buffers in excess of 30% of GDP, which is substantial.

What do you see as the biggest challenge ahead of the 2020 election?
A large and unexpected external shock combined with large discretionary spending could derail public finances and reduce business confidence. The shock may come from the energy sector, the financial markets or global tensions. Even though I think there’s a pretty low probability of that happening, the country needs to be prepared for the unexpected (e.g. by implementing sound fiscal policies).

The Trinidadian government ratified the Paris Agreement in February 2018. What impacts will that have going forward?
The country has committed itself to keeping global warming well below 2 degrees Celsius by the end of the century. With one of the highest energy consumption rates in the world, there is a large scope for improvement. For instance, all the electricity in Trinidad and Tobago is produced by gas, which entails high opportunity costs. Among other benefits, investments in renewable energy are valuable, as they open up more gas for the petrochemicals and export sectors.
At the IDB, we are committed to addressing climate change and environmental sustainability, working together with both the private sector (e.g. energy audits and energy efficiency investments) and the public sector (e.g. climate change adaptation).

For more information on Trinidad and Tobago’s economy, see our business intelligence platform, TOGYiNt.
TOGYiN features profiles on companies and institutions active in Trinidad and Tobago’s oil and gas industry, and provides access to all our coverage and content, including our interviews with key players and industry leaders.
TOGY’s teams enjoy unparalleled boardroom access in 35 markets worldwide. TOGYiN members benefit from full access to that network, where they can directly connect with thousands of their peers.