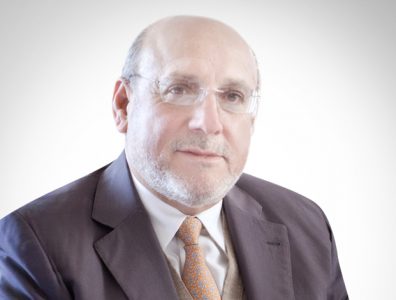 External companies operating in the US with advanced technological equipment are most likely to take the lead in the Mexican shale gas production.

Luis Vielma Lobo, general director of CBM Exploration and Production (CBM) describes the extent of exploration potential left untouched by Pemex. Vielma Lobo discusses domestic hydrocarbons potential following the Round One bid, farm-outs by the national oil company and impending developments in its upstream operations. CBM is a Mexican engineering and consulting company that has provided Pemex Exploración y Producción with technical support for more than 10 years and has worked with Pemex on the planning and design of more than 300 wells countrywide.

For more than 75 years, Mexican oil and gas production was driven by a monopolistic approach to the exploitation of the country’s hydrocarbons resources. This came to an end around the beginning of the new millennium. Declining oil production, along with the lack of a technical advance in domestic operations, has made the energy reform essential for the survival of the Mexican oil and gas industry.

INTEGRATED REFORM: While previous reforms in countries such as Venezuela, Colombia and Brazil were implemented solely with each country’s oil and gas industries in mind, in Mexico it has been possible to observe legislative initiatives aimed at reforming the hydrocarbons industry as well as boosting alternative energy sources such as solar and wind.

Legislature also considers opportunities to strengthen electricity generation and distribution required for industrial growth. On August 11, 2014, the Mexican congress approved a set of 21 secondary laws that represent the legislative ground to support the energy reform.

ROUND UP: The timely setup of the 2015 programme for the Round One tender, which was carried out in just four months, is remarkable when compared to similar processes that have occurred in other Latin American countries, such as Brazil in the late 1990s and Colombia in the early 2000s.

Round One entails a total offering of 169 blocks, of which 60 are proven and probable (2P) reserves dedicated to exploitation projects, while the remaining 109 blocks will require exploration. Round One’s 2P reserves are estimated at 3.78 billion barrels of oil equivalent, covering an area of close to 2,600 square kilometres. These blocks represent around 9 percent of the total 28,500 square kilometres of the bidding round.

The first classification of blocks display heterogeneous geological formations and recovery potentials that present three main types of reserves: unconventional reservoirs that have not been explored by Pemex and for which geological information and volumetric estimates are nonetheless available, dismissed producing fields with an estimated recovery potential of 7 percent over a 50-year lifecycle, and mature fields with a recovery factor of 30-40 percent, after 30 years or more of exploitation history.

As far as the other 109 blocks are concerned, very little, if any, information is available. This is, for a large part, owed to the lack of financial capacity and technological expertise and knowledge of the Mexican state oil company, Pemex. It is estimated that these unexplored reservoirs may contain as many as 14 billion barrels of oil equivalent.

International companies willing to invest in these blocks might have to take into account lower profitability prospects. Seismic analysis is needed for each block in order to evaluate its economic viability.

PEMEX INVESTS: On August 13, 2014, the Mexican Secretariat of Energy (SENER) announced the results of Round Zero, which concluded in March 2014. The round was intended as a way to guarantee Pemex control over the extraction areas in which the state oil company retained the most experience.

In addition, the energy reform provides Pemex the opportunity to set up farm-out contracts with third parties in order to cope with potential challenges related to technological or operational limits in the blocks assigned in Round Zero. Pemex has released an official statement declaring that the areas the company is planning to farm-out are mature fields, extra-heavy crude oil fields and deepwater fields.

According to the official estimates made by SENER, the combined reserves assigned to Pemex through Round Zero would allow the company a production of 2.5 million barrels of oil equivalent per day for the through 2025.

SHALE FUTURES: Shale gas fields, such as those at Burgos Basin in the northern region of Mexico, are not targeted in Pemex’s production approach. Low gas prices and expensive operational costs make these fields less attractive to the state oil company, which lacks the appropriate technology and expertise. External companies operating in the US with advanced technological equipment are most likely to take the lead in the Mexican shale gas production.

Shallow geological formations and mature drilling technologies might help the country to start production in a relatively short time, potentially by 2020. This prospect makes shale gas reserves the most likely candidates to drive the Mexican hydrocarbons renaissance.

Click here for more features and news about Mexico