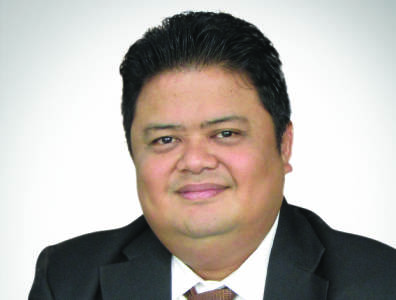 If you’re talking about infrastructure, toll roads or ports, the government’s role is way more crucial, especially in terms of land procurement.

Andy Bratamihardja, president-director of Rothschild in Indonesia, talks to TOGY about how the financial industry is supporting the oil and gas industry, advice for energy companies to stay afloat over the next five years and recent trends in the market. Rothschild is a financial services company that has worked extensively with the country’s energy industry since the 1980s.

How can the financial industry back the hydrocarbons industry in Indonesia?
We know some of the smaller players in Indonesia, the local domestic players, are heavily borrowing US dollars. Having started production in the past two to three years, their leverage is quite high.
In terms of state-run hydrocarbons firm Pertamina, I wonder if the money they make will be enough to cover their obligation to creditors. I hope the banks involved in the industry are understanding of this and will be proactive. They need to start a dialogue about distributing more equity into the company or perhaps restructuring credit in the short term to ensure that the appropriate concerns are dealt with.
For infrastructure projects in particular, it’s difficult to gauge. If you are looking at a greenfield project and the sponsors are not that strong, as a creditor you have to wonder if you will get your money back. Especially nowadays, I think a lot of investors are being prudent in the beginning. I think these projects will probably be all right, but as we know, some of the project sponsors want to limit their exposure. I think it’s going to be a give and take between creditors and owners.

How are governmental companies and policies integral to keeping the market balance in Indonesia?
From what I hear, investors dealing with government-owned energy distributor Perusahaan Listrik Negara (PLN) have not voiced much concern, because historically PLN has always paid everyone back. In this sector it’s fine as long as the government continues to explicitly say they will not let companies like PLN fail.
If you’re talking about infrastructure, toll roads or ports, the government’s role is way more crucial, especially in terms of land procurement. Some of the regulations that the previous president put in place have now allowed the state to be more aggressive about alleviating some of the previous issues. I believe that the government is now allowing contractors to put projects on hold until land procurement is settled within a certain percentage, about 60 percent or 70 percent, to brings down risks.

What are companies going to need to do to achieve all their new projects in the next five years?
I think we have to be a bit more flexible in terms of how we unlock value. There is a lot of profit within companies like Pertamina, especially through the use of subsidiaries.
Since independent power producers such as PLN have some collateral, such as its own power plants, their subsidiaries can access the capital market with bonds. PLN could decide to sell 40-50 percent of their power plants to these subsidiaries to maintain some level of control. If they unlocked the values of these assets by booking them as separate subsidiaries, it would make things easier. As state-owned assets, they have to get permission from parliament to make any changes, but if they were covered at a subsidiary level, things would become a lot more flexible.
On the exploration and production side of things, I share the concern that there are only so many internal recourses available. The solution is perhaps not capital, but rather human resources and new technologies.
The owners of some of these assets, especially the older plants that require new technologies, should look at letting some investors or other strategic players bring in these tools.
I believe most business owners and management don’t have a good handle on using financial strategies such as derivatives. Hedging is also something that they could consider. Unfortunately, I’ve seen people enter into these types of contracts without really understanding them and coming out with the short end of the stick. It’s important that CFOs looking into these types of contracts really understand them. Although banks sell these strategies to protect their clients, there are many variables that need to be watched out for.
There is only so much liquidity available in the country. I think more and more that these companies need to tap into the larger bonds market. Just in the regional market you have investors from Singapore, Malaysia and Hong Kong who are interested in the Indonesian market. I think they’re going to play a bigger role in funding a lot of new activities.

How will things change locally with the increasing liberalisation of the market?
It’s going to be really interesting. I really wonder if all the members of the Association of Southeast Asian Nations are really going to open up their borders. There needs to be compliance in the medical sector and the legal sector, among others.
That level of mobility needs to be controlled somewhere. For example, if I have been in working the industry in Singapore for 20 years and I want to get another degree in Indonesia, would these countries really let me come in to study?

What are specific areas that you are targeting for your own growth in Indonesia?
We are currently backing the hydrocarbons industry. We also focus on banks, insurance, leasing companies, transport and marine, toll roads and airports.
In the hydrocarbons industry, we are looking specifically at Pertamina and Perusahaan Gas Negara, which is more and more active in exploration and production.
We are also looking at working with private players such as a MedcoEnergi because these national players need to rethink their portfolios due to older assets they cannot afford. They need to look at new promising assets, while still being cautious if they’re capable in size and expertise to handle them. It’s important they think about how much money they will need to get these up and running, and what sort of operational costs and expenses are required.
We do see big push in gas as a prominent source of energy from the government of Indonesia. We think that’s the right strategy, but the challenge then becomes building the required infrastructure, including possibly LNG terminals.