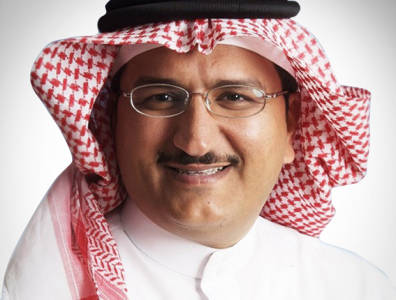 The initiatives of economic tax-free zones and industrial cities are mobilising the oil and gas industry together with other industries to enhance the economic development through new investments.

Previous capital requirement for starting a business in Saudi Arabia$130,000

KPMG’s Chairman for the Middle East and South Asia Region (MESA), Abdullah Hamad Al Fozan talks to TOGY about implications of changes in the financial market in Saudi Arabia and their impact on the hydrocarbons industry. KPMG is a global network of professional firms providing tax, audit and advisory services.

Saudi Arabia, which has the largest purchasing power in the GCC, is experiencing vivid changes in the financial market after opening Tadawul (Saudi Stock Exchange) to foreign investors. Opening the exchange to these investors will likely bring $200 billion of financial liquidity and force changes across sectors. In the case of the oil and gas industry, it may allow the expansion of exploration and production capabilities.
The government started changing rules and regulations to be more attractive for foreign investors. The index on the ease of doing business in Saudi Arabia is improving gradually. For example, we can observe the change in the financial requirements for starting a new company.
It is no longer necessary to have a minimum of $130,000 of capital to establish activities in the Kingdom of Saudi Arabia. This is beneficial for small and medium-sized enterprises in various sectors and diminishes the limitations on start-ups.
However, in the oil and gas industry this change is lagging. For instance, an investor is still required to have a local partner and shared capital. A company coming to Saudi Arabia still needs to find a local partner and to be able to start activities.
Another requirement is that the activities of a foreign company can be started as joint ventures only. This has a negative impact since hydrocarbons projects are lucrative investments and thus requires private capital-intensive partners, which are harder to find in the country because they are still being crystallised.
Nonetheless, institutions such as the Saudi Industrial Property Authority, Saudi Arabian General Investment Authority and the Ministry of Commerce and Industry are having a positive impact on the financial market and the economy overall. They maintain stability in the legislation. This allows bureaucracy to be diminished within institutions and more efficiency in executing policies.
On another front, the initiatives of economic tax-free zones and industrial cities are mobilising the oil and gas industry together with other industries to enhance the economic development through new investments.

CONTINUED GROWTH: During the past 10 years, Saudi Arabia’s economy has been growing in all sectors. Unlike much of the rest of the world, the country has not been facing difficulties and did not have to deal with recession or financial difficulties in the economy.
Even during the 2008 financial crisis and oil price fluctuations, business continued to make a profit. Government investment has not been affected by the price of oil, whether it was $40 or $140. Even with the current price of oil, the economy is still growing.

PROMISED DIVERSIFICATION: The expression “economic diversification” was a motto for the past 40 years, but unfortunately the country still depends on oil and gas for about 75 percent of its revenue.
On the other hand, oil prices are driving the ambitions of the country. During the 1990s, there was a comprehensive plan of privatisation and driving the economy away from the oil and gas. The prices during that time fell as low as $8 per barrel. Since that time, economic diversification initiatives have been on the daily agenda.
When oil prices picked up again in 2000, the government decided to spend more on investments and infrastructural development. As a result, only few out of the 22 sectors were privatised including municipal water supply, electricity and telecommunications. Regarding healthcare and education, these sectors were only partially privatised. This is a dilemma and a fight between two schools of thought.
The recent changes that took place in the country are likely to push forward the modernisation and diversification of the economy. Already, some changes can be noticed. National oil and gas giant Saudi Aramco was detached from the Ministry of Petroleum. The ministry itself is undergoing restructuring.

WRONG PERCEPTION: As a major energy player, Saudi Arabia is monitored by global investors. Some of them have a dubious perception about the country’s economic potential and its capacity to diversify its potential. One of the explanations for that is its energy-oriented market together with the impact of the media that generated a pessimistic opinion for the region and the country’s future.
The media attention on the regional stability and prolonged discussions on regional geopolitics influences risk assessment calculations. On the other hand, the common thinking that Saudi Arabia is a chronic “Dutch disease” country makes potential investors underestimate the potential and opportunities in Saudi Arabia. This is a very misleading way of thinking and in fact, any investor looking for an opportunity should take a closer look at the Saudi market.
Saudi Arabia has a lot of merits and characteristics that are not even tapped yet. Natural resources aside, the fast-paced development of petrochemicals and the chemicals industry as well as existing demographic and geographic characteristics create high potential for manufacturers and logistics services. We see the Kingdom of Saudi Arabia now emerging as a main global industrial energy hub.