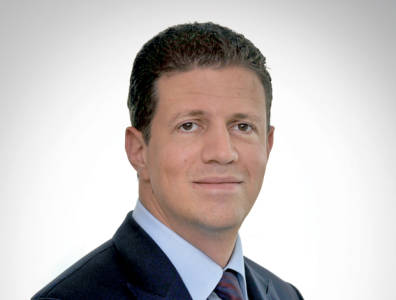 If Iraq can establish a secure operating environment and agree on a national hydrocarbons law, the country will take a major stride towards its objectives.

Potential production for the Ratawi field (after 18 months) under Crescent Petroleum full-field development plan250,000 barrels of oil and 8.5 mcm of gas per day

Majid H. Jafar, CEO of Sharjah-based exploration and production company Crescent Petroleum, talks to TOGY about how the existing contractual framework in Iraq has created a misalignment between the government and the operators with regards to the most effective way to develop domestic oilfields. Jafar also touches on additional variables that affect the operating environment in Iraq.

The development of Iraq’s oil and gas industry seems to have stalled. How can the government get the industry moving again?
Despite the problems of instability and conflict across much of Iraq, the absence of a hydrocarbons law and the lack of a national consensus on a national oil and gas policy, Iraq was able to produce and export at record levels in 2015 so far.
However, while significant progress has been made in the Iraqi oil and gas industry over the past decade, including several transparent and competitive bidding rounds, as well as the start of major development projects in fields such as Halfaya, Majnoon and West Qurna-2, the hydrocarbons industry requires reform.
Fortunately, there now exists an acceptance on the part of policy makers and the general public that the private sector is a necessary and positive driving force in upstream development. Going forward, the government must identify the right mechanism for allowing the private sector to play its role as the main investor and driver of production growth.
If Iraq can establish a secure operating environment and agree on a national hydrocarbons law, the country will take a major stride towards its objectives. Iraq’s oil reserves remain largely under-explored and the country’s potential is definitely far greater than the 150 billion barrels of reserves reported, and likely higher than those of Saudi Arabia.
Throughout the 90-year history of the Iraqi oil and gas industry, perhaps only 2,000 or 3,000 wells have been drilled, compared with at least 10 times this quantity in Saudi Arabia and more than a million in the US state of Texas alone. While we look back on several decades of development, the oil and gas industry in Iraq is actually in a nascent stage.

To what extent has the contractual framework governing the Iraqi oil and gas industry become an impediment to development?
Earlier in 2015, there was a public admission and announcement by Minister of Oil Adel Adbul Al Mahdi and other senior officials that the existing technical services contracts have not achieved proper alignment of the government and private investors.
The government is currently required to refund expenditures by oil companies within 90 days. Effectively, the country’s current contracting arrangements offers very little incentive on the part of the companies to control costs or to put the best management on their projects, because they are limited in their upside. There is only a fixed fee per barrel.
Some companies have done very little work on their blocks, citing security concerns and logistical constraints. While there have been challenges, they have been manageable. The government has not seen the performance on the part of operators that it would have liked to, both in terms of cost effectiveness and time efficiency.

Technical services contracts in Iraq have come under heavy criticism. Should the contracts be amended or should they be abandoned altogether?
In 2015, Iraq is combatting conflict in a low oil price environment, which has added a great deal of pressure to national budget. Oil minister Al Mahdi and finance minister Hoshiyar Zebari have stated on several occasions that Iraq cannot sustain this pressure without new policies.
We are in the unusual situation of having the government request that oil and gas companies, working in the south, slow down their planned 2015 investments. Clearly something is wrong when the government has to ask companies to invest less.
The media sometimes misrepresents discussion on Iraq’s contractual environment as one simply surrounding attractive terms and unattractive terms. In fact, it is more about alignment, ensuring that private companies are incentivised to make and manage their operations and investments while allowing the government to concentrate on legislation and maximising revenue.
We need to move away from a situation where companies simply invoice the government for their expenditures, which is exacerbated by many businesses that are subcontracting on many levels down the line. Because the services contracts don’t have the incentive of cost control, sub-contracting further inflates the cost for the government.

How do you assess Iraq’s natural gas potential?
The country has hundreds of trillions of cubic feet of proven reserves and the figure will only grow as the exploration for gas has barely begun. Because of the urgent need for additional power generation capacity, the first use of the country’s gas would be for power generation.
This would also help to displace the use of liquid fuels at domestic power stations. It is now a priority for the government to use both associated gas and non-associated gas for power generation.
Beyond that, gas should also be used for domestic industrial purposes, where the government needs to ensure it will result in added value, job creation and foreign direct investment. But beyond local needs Iraq will clearly have a gas surplus in both the north and south of the country for export schemes to neighbouring countries and beyond.