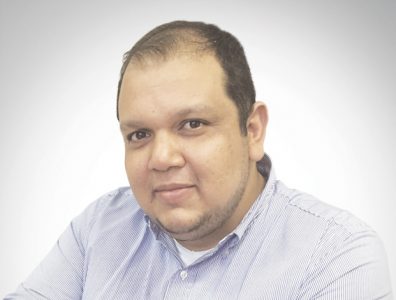 After so many years of good oil prices, we forgot to be efficient and aggressive in enhancing production.

Average price of Brent crude in 2015USD 52 per barrel

A new approach to Congo’s production

Alirio Recinos, Weatherford’s country manager for the Republic of Congo, talks to TOGY about the effects of the oil price slump and potential for better conditions in 2016. In Congo, oilfield services multinational Weatherford’s operations include completion, evaluation, artificial lift and liner hangers, as well as contracts with Eni and with Total.

How has Congo’s oilfield services sector responded to the 2014-2015 fall in oil prices?
Generally speaking, the industry shifted from one of the peak points in its level of services activity – primarily coming from the drilling segment of the business – to one of the most challenging years I’ve seen.
At Weatherford, we realised that we were so dependent on the drilling side of the business that we had moved away from targeting production enhancement. We were investing so much in high-end equipment for drilling because the price of oil was allowing it. Now, we are having to re-evaluate our strategy.
The whole industry needs to relearn how to approach production. The main question operators are asking is, “How can we keep a stable level of production without making large investments?” This is a major global challenge for the oil industry. After so many years of good oil prices, we forgot to be efficient and aggressive in enhancing production.
It’s not a matter of being stronger or bigger. The advantage for companies now comes in being more flexible to adapt to the new conditions. The challenge is achieving the same goals without the same investment level. Oil is still in demand, and the companies and countries supplying that oil will be those producing the most efficiently.

What should services companies consider when bringing new product lines into this market?
Implementing a new technology is always a challenge. It’s easier if the client doesn’t feel a threat of having to invest tremendous amounts of money.
However, given the fall in oil prices, operators are now willing to explore more technologies and implement new techniques in an effort to optimise production. They are listening to more of our suggestions. Optimisation technology unrelated to drilling is one cost-effective solution.
It’s difficult to say which technologies would be better than others in Congo. Artificial lift, for example, has benefits for some fields, while in other cases, chemicals are the best way to enhance recovery. Other times, the two options can be combined for even better results.
Recovery techniques are determined well by well and can differ by well even in the same field. Sometimes oil chemistry varies in a single field, affecting the approach.
Success will come with the more services a company can provide. If a field has 50 wells and you have 20-25 different production services, you could have 100% of the market share for services at that field.

How do you expect the Baker Hughes-Halliburton merger to affect the oilfield services sector in Congo?
The impact will see some limits and will be delayed. Because of US antitrust laws, the two companies may not automatically double their market share with the merger. They will be forced to drop some of their business lines to conform to those laws.
There’s also a learning curve when two companies merge: learning new processes and getting used to working with new colleagues in a new environment.
With this merger, Weatherford becomes one of three major services providers, rather than one of four. I think that there’s no other way to interpret Weatherford’s position in this merger than as a winner.
However, the merger could be negative for operators, as clients would prefer having more options rather than fewer.

What do you see on the horizon for 2016?
Over the course of 2015, the projects and price of oil have changed so much that it is hard to predict what will happen in 2016. We hope that Total’s Moho Nord project and Eni’s developments stay stable. Moho Nord is one of the few drilling projects underway in the country.
In Congo, we are dealing with major international companies such as Total, Eni and international upstream company Perenco, so whatever happens internationally will affect them locally. We don’t operate in a bubble. Congo will behave as the global market behaves.
Nonetheless, we expect to adapt to the conditions seen in late 2015. I don’t see the price of oil improving over 2016, but with a price of USD 40 definitely we are in the bottom stage. The oil industry will not boom in 2016 unless something dramatic happens.