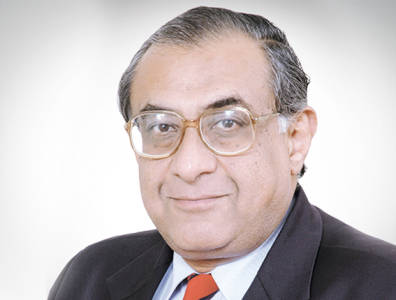 Everything concerning natural resources moves slowly and has to be tested. It depends on how the government will work and how other players will come in – then, only then, will major companies get involved, and only if they have some security that the policies have stabilised.

Year the firm was established:1986

Amount of expected investment in oil and gas to come from ONGC Videsh:USD 12 million

A step towards stable

TOGY talks to Ranji Dua, managing partner at Dua Associates, about policies holding together the oil and gas industry in India, handling disputes in the exploration and production sector and necessary improvements to the country’s infrastructure. Dua Associates has been offering legal advice to local and international players in the energy industry since the 1980s.

What has India done and what does the country need to do to improve its regulatory framework?
Everything concerning natural resources moves slowly and has to be tested. It depends on how the government will work and how other players will come in – then, only then, will major companies get involved, and only if they have some security that the policies have stabilised.
There has always been a lot of litigation in India, so the new HELP policy is one way of curbing that. There are always differences concerning profit sharing. To eliminate differences, we are going to the revenue sharing model. The question is, will it work? If you are going to keep 90 out of 100 barrels and only give 10 to the government for revenue sharing, this will not be seen as acceptable.
There are a lot of other differences of opinion on gold-plating the investment, for example; a lot of past costs were being included in fields offered. The scenario was changing with shifts in the regulatory personnel. Over time, the system has proved too litigious. Perhaps the new policy is going back too far by changing the production sharing model, but it could be necessary, and from there we will start to come forward slowly.
I think bids will start conservatively. If a proposed bid gave 80% to the contractor and 20% to the state, then the government would at least know that it would receive 20% of the revenue. However, someone else will come along and offer a 60/40 bid and so forth.
You have to remember one philosophy about the Indian mind. In America, laws relating to assets underground – who they belonged to and the benefits of them and so on – were very developed, but when they discovered oil in the UK, they had no laws concerning assets under the water. The UK had to develop its own model. India was in this same position; what lies under the earth is a very sensitive political issue in India. The stakeholders are many. Ownership, control and access to the mineral wealth are complex. Balancing claims of and impact on surface rights holders with mining rights is an ongoing gradual process.
There needs to be a change of mind-set before there can be a crystallisation of rights and the realisation of the value of the wealth beneath the earth. To a certain extent, we will likely continue with the old revenue models and not touch the real issues of ownership of the oil and gas produced, which question will await appropriate legislation. That will remain a grey area and unaddressed. On the other hand, people will want to be careful with their wealth; this is the people’s wealth.

What is your analysis of the new HELP policy?
It is still evolving. For example, open acreages have been in the pipeline for some time. The person who comes with the proposal should be given some security that the proposal as formulated will remain confidential for some time and some other rights. It is still not clear how it will be worked out, if it will be open bidding, or whether the opportunity will be given to the person who made the proposal. Also, I believe nothing has happened in terms of awarding blocks for at least two years. There are issues to be sorted out.
Now whoever is interested can come. The state invites interest and anyone can make a bid. However, just because someone could make a better bid does not mean it will automatically attract investors. The key is data. Why would anybody come forward with a proposal to benefit someone else? You want the security that you will get what you want. It will have to be seen how it works in practice.

Where does India stand now in terms of a dispute resolution mechanism in E&P?
We do a lot of arbitration in oil and gas, and we have seen that the outside expert committee sometimes functions, but sometimes cannot resolve the dispute. These arbitrations need to be dealt with very quickly. They tend to last far too long, which becomes a huge burden on the entire industry as well as the contractor.
There is an overall need to review government litigation. What really needs to be looked over are the outstanding disputes that are under resolution and how to expedite resolving them. There are so many things that could be done to make the process easier and faster.
There are people who are knowledgeable about the oil and gas world. Appointing such people as arbitrators or assessors would contribute to quicker resolution because some of these issues are extremely technical. It would be very hard to explain to an ordinary lawyer about decommissioning, for example. It makes all the difference to have someone who understands the issues to begin with. You cannot advise and decide if you do not know.
In 2006, the McDermott arbitration [disputes between McDermott International and Burn Standard decided by the Supreme Court on May 12, 2006] reached its final conclusion in the Supreme Court, after something like 20 years. If the government is anxious to resolve disputes, I think it can be done.

How do you assess the upstream industry in India?
India is the only country that is still investing substantial amounts in the oil and gas industry. In the case of ONGC Videsh, they are going to spend USD 12 billion buying up tenements and investing in oil. In other places, with the oil prices falling below USD 40 per barrel, investments are being held back and even abandoned, which will ultimately prove very costly for the international oil and gas industry.
If the oil price goes up, India will be at the forefront. The country is sure of its own demand and has to meet it; we have to keep investing. If we do not invest, our long term growth will be severely impacted.
I think India would keep investing as long as the price remains above USD 20 per barrel. If it falls below that, there may arise a question of investing. However, it would be mostly from the government’s side. Private players are in turmoil today and do not have any strategic imperatives to invest.

Does India need to improve its infrastructure for these investments to yield?
Infrastructure is a very critical area. According to the National Highways Authority, India has the world’s largest network of roadworks underway. Rail transport in India is huge as well; I think it is the world’s largest network and it is the world’s largest employer. There is going to be huge growth here. Additionally, we have never used our internal river waters system for transportation, but are now starting with the opportunity.
American involvement in these areas will be very interesting to watch. The American and Indian governments now appear to have a good understanding of each other. Until now, the private sectors have been working together. However, today America and India are strategically aligned and are now also economically aligned.
There is also the Japan-USA-India trialogue and strategic alignment. We are trying to get into trade blocks as well. India is putting pressure on America to open up its visa procedures and labour market if we commit to opening up ours. You need a labour market in addition to a product market. Also, if you are opening markets, you need to believe in open markets – everything is interlinked, such as wages, costs and manufacturing.
We have to wait and see. This could all change depending on who becomes the next president. We see a lot of interest in India.