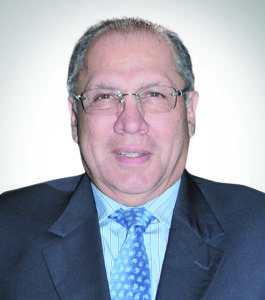 India will need to continue to produce oil as it is not an importer and consumption continues to grow. However, to produce oil, you need to first explore its availability.

Company's share of the mud logging market in India:95%

A survey of the future

Feroze Neterwala, chairman of the Neterwala Group, talks to TOGY about surviving the low oil prices by expanding into sectors that flank the hydrocarbons industry, problems related to bureaucracy in India’s aerial survey sector and the efforts of the new government to revitalise India’s businesses. Established in 1960, the firm provides mud logging and airborne geophysical surveys for India’s oil and gas industry and abroad.

What have been some major hurdles for your company in the past year?
I think the biggest event has been the fall in oil prices. We have tried to adjust the best we can by having strategies that flank the oil and gas industry, by which I mean we started looking at areas where mud logging could be used outside the hydrocarbons industry. So far, we have done some work in seismic and coalbed methane. These are some of the flanking strategies that we have tried to adopt for mud logging operations.  Although mud logging services in India have not been affected in a major way, our international business has been adversely affected.
Insofar as airborne surveys are concerned, apart from India we have had very little success worldwide. When I say little, we have had done some work in Indonesia, South Africa and Mexico ­– although in Mexico it was mainly for water. Even in India, while the hydrocarbons industry requires mapping of both onshore and offshore sectors, it is all in the hands of the government and things move very slowly here. However, the good news is that they are seriously thinking about it and we are seeing movements in this direction.
We received a large order from the Geological Survey of India, and we are the first Indian-owned company to successfully carry out a survey utilising their infrastructure. The survey is ongoing.
We are also looking at other areas beyond hydrocarbons by carrying out airborne studies for water, which this country desperately needs to look for. India, since its independence in 1947, has done very little to harness water; it has always taken the rains for granted. I think this year, if the monsoon fails, God forbid, everyone’s eyes will open and people will hopefully start thinking of ways to either map underground water or locate deep aquifers besides carrying out rain water harvesting methods.

What kind of technologies do you bring to India for your survey work?
For mud logging, we developed our own in-house technology, but for airborne geophysical surveys we have used technologies that are prevalent in the world and used by most airborne geophysical survey companies. There are no radically new technologies out there.
However, we do have all the necessary state-of-the-art equipments and instrumentation, as well as our own airplanes. We have five airplanes, which have been suitably modified for flying surveys for various kinds of exploration.

Where do you see the biggest challenges in the local geological survey sector?
The biggest obstacle in this country is the modification of planes. The Directorate General of Civil Aviation DGCA] has a tight grip on the subject and they don’t relent easily. If you bring planes here, you should be able to do whatever you want in terms of modifications for scientific purpose. However, even a single hole in the aircraft fuselage, for example, needs US’ FAA [Federal Aviation Administration] approvals as DGCA does not have the expertise to approve this. We therefore have to modify them abroad, which is a much simpler and quicker process. With the DGCA, it is impossible to get it done here.
We maintain our planes in South Africa and also in the UK. The problem is that you cannot keep your planes in this country for long durations for various reasons, and by the time you get the final clearance for the planes to operate from the mandatory eleven authorities to do a survey, months have passed.
Additionally, pilots have to be brought in. Apart from the time taken by the government to assign a visa, the visas are given for a short time period and the visa expires. The pilot has to go back and reapply for his visa if all the mandatory permission is not in place, and this cycle continues. We’ve seen all this in the past. We need one body that looks at co-ordinating all of these issues and some quick decision making. This is key to the smooth functioning of a survey since companies cannot wait indefinitely while their assets lie idle.

Given the tough regulations, are there any companies that you work in tandem with?
In this business, there are many things you require, such as aviation capabilities. In this case, we have outsourced because we don’t have this capability in India. In South Africa we have our own pilots, but in India we have partnered with a company called Deccan Charters. They have bases in several locations, including Mumbai. They have hangers and their own capability to look after engine repair, mechanical repairs and electronics. The partnership has worked well and we have continued to operate with them.

Where do you think the future demand for oil and gas in India will come from?
India will need to continue to produce oil as it is not an importer and consumption continues to grow. However, to produce oil, you need to first explore its availability. Any technology that makes production of oil more efficient will have a good scope at this point in India.
Of course, exploration will first have to be carried out. The thing with exploration in India is that you have to prove your credentials. That is the only way to do it. We even had a rough time getting into the airborne survey business because we had outside competition and no credibility of our own to show. Now we have shown them that we can do it.

How does your business split operations between India and UK?
In India, we are in Maharashtra mostly, but we have recently forayed into Karnataka. We have three plants there in Dharwad, and fifteen manufacturing facilities in India as a group. Most of our employees are in India, about 3000-3500 people, compared with only 400-450 in UK. Our UK business is mostly in metallurgy. Our oil and gas services is a much smaller business right now, but we expect it to grow rapidly in the future.
We have also gone into aerospace and defence. We make a lot of parts for civil aviation for Airbus and Boeing, both in the UK and more recently from a plant in India. We have all the approvals, including international certifications and Airbus approvals, which took us more than two years to receive.
We have our UK company looking after the plant in India. We use them to drive the technology side of it.  We have many local staff. Indian metallurgists are very good. One thing that India does have is a reasonably good base for engineers and a relatively high level of education.

How do you assess the impact of the Make in India campaign on the oil and gas industry?
Make in India is something that should have been done decades back. We could have been the foundry bowl of the world, but China took it over. Maybe, now with China slowing down, India has another stab at it.
Although the current government has taken some very creative steps, it has bureaucracy sitting below it. If the government thinking moves three steps ahead, the people below would take you two steps back. There are archaic laws which all need changing, however change happens at a very slow pace. That said, Modi has been able to break some ice. He’s not been totally successful and he hasn’t been very effective because he has opposition at every step on the way, which keeps him from moving forward at the pace he wants.
Right now I am very happy, at least as a businessman, with this government for what it is trying to do. I know, it has not succeeded in many cases, but I do not blame them. The thinking process is right and the prime minister is making all the right noises and actions for the country to move forward. It will come through because he has a good team and intentions. Finally I see light at the end of the tunnel.

What sort of CRS programmes do you work with?
We have a CSR committee. We have avoided education because everyone seems to be doing that, but we have chosen to spend our monies in healthcare and immediate problems, such as sanitation, drinking water and the like.