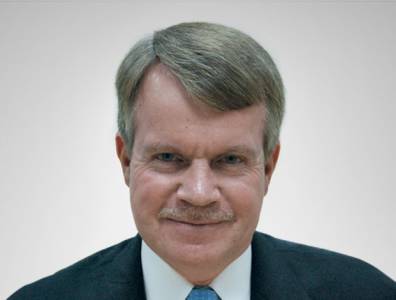 The global oil price downturn has affected most of the oil exporters in the world, including Azerbaijan. The country has very strong ambitions to develop its infrastructure and non-oil industries, but with the downturn, most of the construction and engineering projects have slowed down, while some are on hold.

Azerbaijan’s production sharing agreement regime has been in place since:1994

Time it takes to register a company in Azerbaijan:3 to 5 days

How stable is Azerbaijan’s upstream legal framework?
Azerbaijan has created one of the most stable oil and gas regimes in the world. In 1994, the very first offshore production-sharing agreement (PSA) in Azerbaijan was signed for the Azeri-Chirag-Guneshli oilfields. In other countries, special laws regulate PSA contracts or the overall oil and gas industry, thus defining the legal conditions that PSAs must follow within the country’s existing legal framework.
However, in Azerbaijan the government chose to enact PSA contracts themselves with the force of law, superseding all laws of general application. PSAs in the country are subject to different taxation regimes and are otherwise regulated differently from the general Azerbaijani legislation.
Many oil and gas companies were expecting the “PSA as law” concept to be a temporary step until comprehensive legislation was enacted. But after 20 years, this basic format is still being used and operators appreciate it. Azerbaijan’s legal framework has been very stable and the country has not re-negotiated a single PSA with its partners, which is not the case in Kazakhstan, Russia or other neighbouring countries.

What changes could improve Azerbaijan’s oil and gas industry’s legal framework?
Azerbaijan has been conservative in making changes to the legal regulation of its oil and gas industry. In comparison to other energy producers in the region, much of the legislation in Azerbaijan has been in place without changes since the mid-1990s. Russia and Kazakhstan have had extensive amendments and other reforms of the industry legislation. In general, Azerbaijan uses basic framework legislation, which has both benefits and disadvantages.
These laws allow greater flexibility for the contracting parties to define the terms of a project in their agreement. However, some of the older legislation leaves certain gaps and ambiguities, allowing different interpretations among investors and officials. Many investors would like to see more details included in these laws to provide a greater sense of security and give more confidence that the law will protect the investors if needed.

How attractive is Azerbaijan for foreign investors?
Overall, Azerbaijan is a very foreign-direct-investment friendly country. The process of establishing companies and branches has been improved markedly since 2008. Registering a company used to take up to two to three months with countless demands for revisions to basic documents, but now it takes three to five days. Setting up a business is much easier, but frequent changes in this field are a concern for the investor.
The establishment of industrial parks is a major recent development and an indication that the country wants to attract foreign investment. The chemical industrial park under construction in Sumgait is a good example. The main benefit of these parks for foreign investors is the seven-year tax holiday, which will help them financially as they start out.
In 2015, foreign investors have noted that the tax authorities have been particularly aggressive and the local courts have been very unpredictable. It is still too early to call these observations a trend, but hopefully they will not mark a departure from the goal of making the legal environment attractive to foreign investors.

What effects has the downturn in global energy markets had on Azerbaijan?
The global oil price downturn has affected most of the oil exporters in the world, including Azerbaijan. The country has very strong ambitions to develop its infrastructure and non-oil industries, but with the downturn, most of the construction and engineering projects have slowed down, while some are on hold. The massive Oil and Gas Processing and Petrochemical Complex project seems to be going forward, though the centrepiece of the project, a new modern refinery, has been postponed until a later stage.
The devaluation of Azerbaijani manat in February 2015 has been the second major negative force in the oil and gas industry of Azerbaijan. The 34-percent devaluation against the US dollar was quite logical in terms of aligning the national currency with that of other countries in the region for reasons of competitiveness, though for most people it was unexpected.
Despite the slowdown in the engineering and construction sector, energy companies in the country will not be under the same amount of pressure as others who operate in the region and globally. Some key projects are prioritised and will be kept on track, for instance the development of Shah Deniz 2 and the Southern Gas Corridor projects.
One trend that we have seen recently is the consolidation of shares of some of the largest projects in Azerbaijan. For instance, Norway’s Statoil sold 10 percent of its share in Shah Deniz 2 to BP and the State Oil Company of Azerbaijan in 2014, and sold the remaining 15.5-percent interest to the Malaysian national oil company Petronas in April 2015.
Total has sold all of its interest in the project to Turkey’s national oil company Turkish Petroleum. Companies are also cutting their budgets and staff and resorting to in-house work for financial, legal and other services. This will happen more frequently if oil prices remain at their current level.