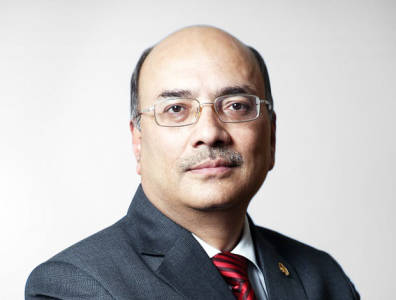 India’s per capita energy consumption is one-third of the global average, indicating potentially higher energy demand in the long term given the country’s path to economic development.

Will India build its own shale miracle?

How successful has NELP been and what are some improvements expected to the policy framework before the 10th bidding round?

The Indian government introduced NELP to encourage participation of international oil companies and the Indian private sector in upstream by providing a level playing field through a new bidding round process. The introduction of NELP accelerated the pace of oil and gas exploration. This policy has resulted in the award of 254 blocks and encouraged participation from private and international players, increasing the number of foreign operators such as Niko Resources and Oilex.

Subsequent bidding rounds are expected to emphasise more robust policy elements to facilitate the rapid conversion of resources into reserves. Based on the experiences gained in the operationalisation of previous bid rounds, several improvements may be considered to NELP’s existing framework, to make it more attractive for international oil companies and private players before the 10th bidding round.

To simplify the process and make it more transparent, the government is evaluating various options of production-sharing contracts versus revenue sharing regimes to implement in the forthcoming bid round. Prior clearance of the blocks by statutory agencies and exploration in mining lease areas permitted by the government have generated interest among current and prospective operators.

What is the potential in developing India’s unconventional gas resources?

ONGC’s studies in the Damodar Basin and testing the flow of shale gas at the surface in 2011 marked the beginning of exploration for shale oil and gas in India. The government of India has drawn up a policy for exploration and exploitation of shale gas and oil for national oil companies in their nomination acreages. ONGC and Oil India are accordingly progressing with their plans for drilling in various basins to assess shale gas and oil potential across India.

Initiatives to produce gas from several unconventional gas resources such as coal bed methane, shale gas, gas hydrates, tight gas and underground coal gasification have been undertaken and are at different stages of development. Harnessing unconventional resources still pose several challenges due to the geography and geology of Indian provinces as they require customised technologies and approaches.

The primary challenges to unconventional hydrocarbon operations in India are the high cost of producing shale gas at a time of low oil prices, the availability of land and water resources for drilling and hydraulic fracturing along with the capacity of well services.

What are the technological capabilities of Indian state-owned companies in the upstream?

India’s upstream sector is equipped with the required technologies such as seismic and 3D geological simulations and modelling, extended and horizontal drilling as well as reservoir and production engineering. State-owned companies have made headway in advanced techniques in seismic data acquisition, processing and interpretation, drilling intelligence and decision making during operations. Persistent upgrades and innovation in technologies is key to sustained development. National oil companies such as ONGC have their own research and development centres as well as capabilities including wide ranging aspects of oil and gas exploration and production such as geological and geophysical surveys and analysis, drilling, reservoir engineering and offshore engineering.

New technologies are scouted, tested and adopted on a continuous basis to leverage the benefits. In January 2015, ONGC signed a memorandum of understanding with Pan-IIT, a consortium of seven Indian technological institutes, for collaborative and collective research and development programmes in the petroleum exploration and production areas.

India’s per capita energy consumption is one-third of the global average, indicating potentially higher energy demand in the long term given the country’s path to economic development. According to EIA estimates India’s energy demand will rise by 2.8 percent per year for the next 25 years and by 2040, India and China will account for about half of global energy demand growth.

India could be an attractive destination for international oil companies entering the upstream sector because NELP promotes a transparent and enabling competitive business environment, and the country has a large pool of scientific manpower as well as infrastructure available. Government initiatives such as streamlining the fiscal regime, easing out the statutory clearances through a single-window process, promoting early monetisation of fields and revision of gas prices provide a favourable environment for investing in oil and gas industry.