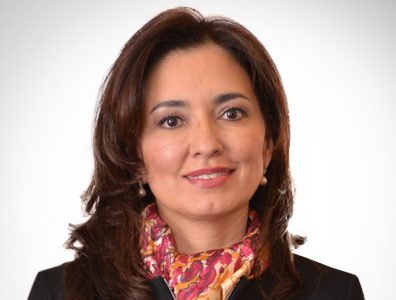 CNG can decrease particulate matter emissions by up to 60%, which has significant public health benefits.

Annual revenue losses due to fraudUSD 75,803

Colombia is turning increasingly to gas to generate residential and industrial electricity. María Eugenia Coronado, country manager of Gas Natural Fenosa Colombia, discusses the cultural and technical challenges facing the country’s shift to gas consumption, as well as the opportunities for further expansion that could make Colombia a major player in the future of gas-generated power.

What expansion opportunities does Colombia’s gas market offer?
The gas market offers many opportunities in Colombia for residential and industrial consumers alike. Companies need reliable power sources, and the transition to gas as a power source has made industrial operations more consistent. Some companies rely on diesel, but it is much more expensive and not feasible over the long term. Companies should adapt to working with the resources that are available in the country, and Colombia has the gas to accommodate the needs of industry.

What are some of the difficulties of transitioning customers to gas-based services?
Overcoming the cultural resistance to gas will require time and political support. In Bogota there is a history of promoting electrical systems, but electricity is really not a mass power solution for the foreseeable future. We have experimented with using gas for Bogota’s fast bus system with great success.
A greater political push is needed to promote gas as a major power source. Power generation is unreliable, and El Niño will exacerbate disruptions in 2016. The government supports some of the efforts to expand the gas network in the country, including the gasification plant in Cartagena.
Unfortunately, corruption is still rife in the energy industry on the coast. We lose an average of COP 220 million (USD 75,803) per year to fraud, which ultimately trickles down to the bills of end users. These losses aren’t sustainable, and they weaken companies’ abilities to make gas more affordable and accessible.

What benefits can CNG bring to the Colombian gas market?
Colombia has great potential for growth in the CNG market because of its environmental benefits. Several ministries are working to mitigate the environmental impact of mobile sources. CNG can decrease particulate matter emissions by up to 60%, which has significant public health and environmental benefits.
Colombia has a strong regulatory framework that ensures CNG technology is used in accordance with the highest international standards, as well as guaranteeing its environmental performance in the mechanical and electrical operation of vehicles. We need to continue developing this industry, as it will give Colombia a technological and environmental edge.

How can El Niño’s impacts on the country’s power supply be minimised?
El Niño leads to high volatility in the wholesale energy market and a decrease in the supply of energy from hydroelectric generators. Years of drought will inevitably result in higher prices for energy, because generating energy with gas is more expensive than hydroelectricity.
The government needs to prioritise the construction of new power plants, expand the capacity of existing ones and diversify the country’s power sources to minimise the impact of dry seasons in the coming years.

How will the new regasification plant impact Colombia’s place in the global gas market?
The regasification plant in Cartagena is the first step towards integrating Colombia into the international gas market. Other countries such as Mexico, Chile, Peru and Argentina already understand the advantages of importing gas to supplement local production. Self-reliance is not a means to an end.
Colombia is continuing to use locally produced gas to meet its domestic market demand, which is great. But importing gas also has some indisputable advantages, such as supplying thermal plants during periods of drought brought on by El Niño.