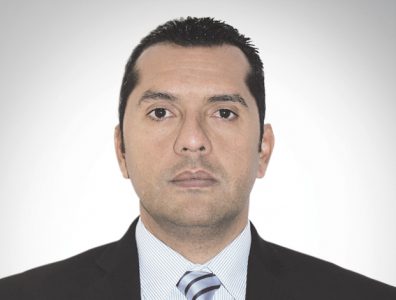 Natural gas will always be LPG's greatest competitor. We have been trying to equalise the level of support in terms of subsidies for both products for the past five years, but natural gas is getting stronger.

The LPG market in Colombia developed considerably thanks to sizeable reserves, as well as production and pro-investment market regulations established in 2008. Javier Marin, operational manager for Codegas, sat down with TOGY to discuss the evolution of the LPG market and its challenges for continued expansion.

What are the challenges for LPG market development in Colombia?
The oil and gas infrastructure in Colombia is still at an early stage. There have not been any important improvements in the LPG networks in the past seven or eight years. Most of the pipelines are owned by Ecopetrol’s subsidiary, CENIT.
One of the biggest issues is high costs of gas transport. Our land infrastructure is insufficient for our level of production. The government is trying to encourage development, but we are still behind. Guerrilla attacks have forced pipeline maintenance, revamps and repairs.
Our topography also has to be taken into account. The Andes cut the country in three parts. The distances are short between cities, but the roads are difficult. A tax is paid monthly for everything transported on the mainland in order to subsidise the islands. Retailers pay for it, increasing costs.

How viable is transporting LPG through pipelines?
LPG moves through pipelines from the main refinery in Barrancabermeja, crosses the middle of the country and reaches Yumbo, a city in the southwest of the country. Transporting one kilo of product from the beginning to the end of the pipeline is costlier than land transport. It is one of the country’s big dilemmas, and Ecopetrol has questioned the viability of this pipeline. It has depleted considerably in the past five years. The cost of the 7 million or 8 million gallons (26,500-30,300 litres) of gas per month from the other side of the Andes is lower than the cost coming out of the refinery.
We also have some complex quality issues. The Barrancabermeja refinery does not have gas pipelines. It only has polyducts, which are single pipelines carrying refined products. As a result, our LPG products are mixed with other products and lose quality.

How did the market transform after the LPG regulations were enacted in 2008?
Colombia needed new LPG regulations. LPG development in Colombia can be divided into pre- and post-2008. We used to have an informal sector. The regulation in place was merely a suggestion and not enforced. In 2008 a series of specific regulations were created in transport, distribution, storage, staff, expertise and workforce. It has had a good effect.
Investments started to arrive when the regulatory framework became stricter and closer to international standards. There were not enough investment guarantees before 2008. Three main foreign investment groups in Colombia manage 100 percent of the Chilean market and own 75 percent of the Colombian market. The legal framework allows this to happen.
The market is now smaller. In addition to the three main players, there are other smaller Colombian investments. Things are better in the country, but there is still a lot of illegality and small companies not following regulations. This affects our companies and the rest of the sector. We need a lot more control and law enforcement. The market needs another five years to mature and consolidate itself into a productive sector that contributes to the national economy.

What challenges does natural gas pose for the expansion of LPG?
Natural gas will always be LPG’s greatest competitor. We have been trying to equalise the level of support in terms of subsidies for both products for the past five years, but natural gas is getting stronger. There are a lot of differences between natural gas and LPG in Colombia with regards to commercialisation.
Natural gas reserves are higher, so the costs decrease. It has also been subsidised from the start. The government never thought it should also subsidise LPG. It should have stopped the subsidies once natural gas took over or found a way to level both sectors. This has not been done.
When natural gas vehicles were encouraged, LPG was put on hold. A small regulation existed to test approve vehicle LPG 10 years ago, but this was suspended. LPG could only be used for vehicles distributing LPG at a commercial level. Three years ago, this was also suspended. The Senate looked into it, and some progress has been made over the past two years. LPG for vehicles has been approved by two debates in the Senate. Only two debates remains for the Fifth Commission of the Senate, generating a lot of expectations for the expansion of LPG in this sector.
The impact of natural gas growth can be mitigated through regulations. Colombia will slowly move towards vehicular LPG. Expectations are high, it would make the country very competitive. LPG equipment is three times cheaper as well as more efficient than natural gas.