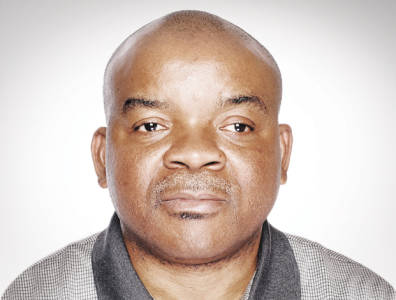 Ike Oguine, chief consultant at Advisory Legal Consultants and former director of Chevron Nigeria, talks to TOGY about the different types of divestments Nigeria’s oil and gas industry has experienced in the past couple of years and connecting gas and power infrastructure in the ECOWAS region. Established in 2011, Advisory Legal Consultants provides legal advisory services and bespoke transactional services to companies in the Nigerian energy and infrastructure sector.

Nigeria has seen many divestments from blocks in the past couple of years. Are there are more to come?
There are potentially two kinds of divestment. I think we will see more IOC [International Oil Company] divestments as they will increasingly be looking to get out of swamp and onshore locations to concentrate offshore. The footprint is better, and there are fewer community problems there. There also is more oil and turnover. The fiscals have been better for deepwater for many years.
Companies that bought blocks from IOCs are also re-divesting as they struggle with these low oil prices. Right now it seems the banks are cooperating and trying to restructure the loans, but if we are in this climate of lower oil prices for longer, some companies might find a solution in divesting.

What needs to happen from a legal or an incentive standpoint for more projects to connect ECOWAS countries’ gas or power infrastructure?
The main challenge will not be legal or lack of incentives, the main challenge will be the demand. Economic growth is needed to sustain projects of that magnitude, and growth rates have not necessarily been very impressive across West Africa. The West African Gas Pipeline was installed in Ghana, but demand has not grown as much as people expected. Togo and Benin are in the same situation, though real efforts have been made.
In Tema, Ghana, for example, there was an attempt at creating a distribution hub, but demand just hasn’t been there to support these kinds of projects. Providing incentives to make fundamentally uneconomic projects happen isn’t in anybody’s interest. That is the challenge.
Across West Africa, more and more gas has been found in different countries such as Ghana, so you start to wonder if you still need the long pipeline to move gas from the Niger Delta. You may need shorter pipelines in different countries, depending on how exploration in countries such as Liberia goes. I don’t think the results have been fantastic yet.
Sierra Leone has done a lot of exploration and might find oil and gas, so it won’t make sense to move gas from Nigeria to Liberia. You will probably see it moving in the other direction. Côte d’Ivoire has some oil and gas, so there may not be pressure to move Nigerian gas even further away from Ghana.

Nigeria has a vast amount of oil and gas. In what ways can the country become an energy hub for Africa?
Many other countries have discovered oil and gas resources, such as Liberia, Sierra Leone, Ghana and Côte d’Ivoire. A lot of exploration is going on in Niger, Chad and Mauritania, but I don’t know how successful that has been. You are going to have many hubs in West Africa. Nigeria will probably be the biggest one, but there will be a number of competing sources of LNG or refined petroleum products.

When developing a greenfield project community compensation, relocation and security pose challenges. How are these issues handled in Nigeria?
It has always been a difficult issue, but the World Bank has put forward the Equator Principles. These are supposed to be the gold standard for addressing resettlement, compensation and so on, at least for projects that are looking for World Bank financing, multilateral funding from the African Development Bank or backing from commercial banks. Compliance with the Equator Principles is increasingly a requirement. Each company can no longer do what it wants, or what it feels it can get away with.
You could also have more progress if national governments such Nigeria’s and other countries’ try and set those kinds of gold standards. Even if a project is not going for lending, those standards could begin to apply across the board for all the resettlements and community compensation. Then the government would actually enforce it.
Right now we don’t see sufficient government enforcement of standards for acquisition, compensation and resettlement. It’s still pretty much a matter of what you negotiate with the communities and sometimes, the state government. To my knowledge, the DPR [Department of Petroleum Resources] hardly gets involved. NAPIMS [National Petroleum Investment Management Services], a partner for many IOCs, gets involved, but not to an extent that the government can help set standards.

What are the land rights or rental rights for communities in Nigeria?
This is very complex, especially in the south of the country. Originally, almost all land was owned by communities. One individual couldn’t own land. It was used by the community for farming. What happened over time was that there was no commercial value to this land; people didn’t see it as property. It was an inheritance and if another community had to move and came to you, you could give them half of your land to farm and live in, and they would bring you a bunch of fruit once a year as symbolic rent payment.
Families within the community would have land where they would farm, and then the parents would pass it on to the children. Sometimes the children go to the city, and somebody else would get to farm the land. Then the land became property that can be exchanged for commercial value. Two systems are colliding: the idea that land is not property, and there is no ownership, and the idea that there are land entitlements, and you pay the landowner to use the land.
The government tried to pass the Land Use Act, which essentially put all the land under the control of the state governments. The state governments have been trying to sort this out, but it has been very difficult, particularly with regards to land rights, who is entitled to compensation, who is using the land and who has actual possession of the land. There are a lot of disputes about land rights, and the courts do not help because the judgments are not very clear. People keep going back to court to fight over the same plot of land and sometimes get inconsistent judgments. That’s one of the biggest challenges in Nigeria.
The communities that do best are the communities that sort it out themselves. If Chevron or Shell come here, and the community gives them land, they will pay us and we will divide the revenue among ourselves, without waiting for outsiders to come and sort it out. This is very successful in Nigeria.  Such communities would typically say: We have a formula: You pay the chief, and each section of town gets one-third. The communities who are successful are well organised and have their elders.
Another factor is the growing militancy. Before, there only used to be the simple question of acquiring land, but it has become more complex with the increased militancy from unemployed youth who are trying to increase what comes to the communities. It is not a simple negotiation over land. The youths bring up other issues such as skills, training, infrastructure and land acquisition, which become part of the entire mix of the community issues and are inconvenient to deal with, especially in the Niger Delta.

Would you advise companies coming into Nigeria to work offshore, as far as security risks offshore versus onshore? What should they be aware of?
Offshore structures are more physically difficult for the people who commit crimes to access. They have less of an advantage, and companies have very good peripheral vision to spot someone approaching, which makes offshore more attractive.
The risk still remains, the saboteurs are everywhere. Security agencies from the various embassies have a lot of experience in this, and people should get as much good advice as they can. The situation keeps changing, and what was relevant last year may not necessarily be this year.
Anybody investing in Nigeria from aboard should get the latest advice from three sources. They should go to their country’s embassy, the IOCs themselves and the security agencies to get as much information as possible. That’s the only way to stay safe.

What would you tell to an outside investor about the security risks in the country?
We’ve seen ups and downs. If the government wants a change of perception, it should continue to engage with local communities. I think the government has not fully and actively engaged with the whole range of opinion, all the militants, chiefs, youth groups and peaceful communities. Sometimes government ignores the peaceful communities because they don’t make any trouble, which is a mistake. You have to engage those who are peaceful and prepared to discuss issues as well as look for projects and other things to support communities.
I don’t think you can say violence has gone down or gone up permanently. We might be going through a difficult period. It goes in cycles.