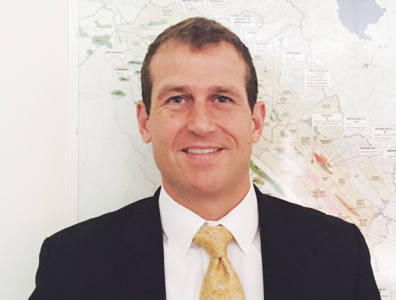 "It is possible to be successful in Iraq, but fiscal constraint and realistic expectations are required in addition to a long-term time horizon."

Thomas Donovan, founder and managing partner of Iraq Law Alliance, talks to TOGY about the complex contractual framework changes that companies are facing in Iraq and the risks they should accept to be successful in the market. Iraq Law Alliance, which advises companies and corporations doing business in Iraq, has been guiding oil and gas companies in the field of domestic Iraqi law for more than 10 years.

What is your assessment of the operating environment in Iraq?
While the Iraq economy showed resilience in wake of the Arab Spring and the related domestic upheaval of 2011 and 2012, it is now extremely challenged with two-fold issues of depressed oil prices and increased military spending due to the current insecurity. When compared with the period prior to 2003, the country’s infrastructure has deteriorated instead of evolved.
Iraq needs to start accepting international assistance for its national accounts and books to be examined. The government has been slow to engage multi-lateral lending institutions capable of long-term loans to develop infrastructure, whether it be solely for the nascent petrochemicals industry or for the general public.
However, in the context of a continued insurgency, it is difficult to envision any such infrastructure spending in areas, which are not absolutely secure.
For the first time in more than 15 years, Iraq will seek to borrow money from international banks. This debt offering has been a negotiated offering that has been resisted from many aspects by the government, which prefers to sell oil for hard currency and use this currency to finance the workings of the government.
Once this debt is contracted, the government will quickly need to implement reforms to create an environment more conducive to doing business. They will be under pressure to reform quickly and effectively, because the debt will have to be repaid.

What role do the national oil companies play in implementing the necessary reforms?
At this stage, any new negotiations for a new contractual framework between the government and the international oil companies will be unsuccessful, given the preoccupation with defence and the influence of the various national oil companies.
As the oil is very easy to drill, there is a belief within the state-run oil companies that production and development can be carried out without external investment or support.
The national oil companies are massive entities. With more than 20,000 employees, the bureaucracy’s inertia stands in the way of change. If Iraq would alter the contractual framework to production-sharing contracts, as has been repeatedly argued, these companies would need to re-tool many aspects of their stated business models.
Furthermore, as we have seen continually in Iraq, responsive and systemic change is not something that is easily obtainable.

What are the requirements for international oil companies to be successful in the Iraqi market?
Some of the large companies know they can make more money in other places, Indonesia or Mexico, for example, so the risk of an Iraqi enterprise is outweighed by an easier return in a less challenging jurisdiction.
The terms of the contracts are subject to constant changes. We have seen several international oil companies renegotiate the terms multiple times throughout the past five years.
These difficulties discourage investment, especially in an international environment with depressed oil prices. The Iraqi market should open up for mid-size companies, because they are the ones that often take the upstream risks normally associated with smaller operators.
We often tell our clients that it is possible to be successful in Iraq, but fiscal constraint and realistic expectations are required in addition to a long-term time horizon. For a successful operation in such a challenging country, long-term investment, reasonable financial models and, most importantly, strong and capable local support, are the foundations of a successful Iraq strategy.
More often than not success is generated through working through challenges with capable local relationships.

What does the Iraqi market have to offer to mid-sized companies?
One thing to realise is that the oil and gas industry in Iraq is witnessing its first downturn, so the crisis has more of a lasting impact on the local market than compared with other mature and developed markets.
There are still opportunities in Iraq because the assets are sizeable and the geology is less challenging than other jurisdictions.
However, important questions remain surrounding the level of security, government support and what type of infrastructure investment it is able to afford, given the insurgency of Islamic State militants. There are talks to rebuild the infrastructure and execute the South Oil Company’s Common Sea Water Supply project, which would facilitate a significant increase in production.
These questions would need to be answered before any new investment – of any size – can enter the local Iraqi market.