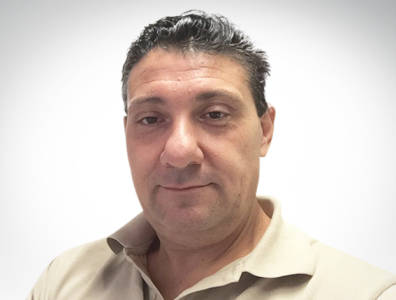 Although Argentina is expensive labour-wise, sending equipment from abroad is even more pricey, and this plays in our favour.

Diego Fernández, country manager for Drillmec in Argentina, talks to TOGY about the challenges that the company has faced in trying to bring HH series rigs to the country. He also discusses his objective of having equipment built locally, and how the government’s liberalisation policies have helped companies that import materials and equipment. Drillmec designs and manufactures various rig types for use in oil and gasfields all over the world.

What has been Drillmec’s history in Argentina and what is the company looking forward to in the coming years?
In 2011, Drillmec initiated a project with the Ministry of Industry of the former government to advance the construction of cutting-edge drilling equipment, HH series, in Argentina. To do this work, the company sent a group of technicians to identify Argentinian providers that would comply with the requirements needed to build it.
The industry in Argentina developed in a very similar fashion to that of Italy: small and medium-sized companies – many of them family companies – that do manufacturing, and larger ones that do assembly. We visited several local companies in Argentina that had the capacity to participate in this project. We identified companies that could build the parts and we created a project that is 30% Argentinian and 70% Italian with the intention of reversing percentages in three years.
There are technologies that can’t be built in Argentina due to the lack of API-certified companies that can build structures and masts. We assigned the construction of the structures and masts to a Brazilian company named Schuler that works with Drillmec certifications in building structures and masts. We want to do the same in Argentina.
Since Drillmec already has certifications, we can transfer them to these companies. We have invested a lot of money here since 2011, coming once a month, visiting different areas such as Córdoba with Industrias Juan F. Secco, and Las Varillas with Pauny, for example. With Pauny, we are developing the construction of water drilling equipment for up to 300 m mounted on a tractor. This is already worked out.

How do Argentina’s Customs policies affect Drillmec with regards to acquiring equipment?
For the past three years, we have worked in construction and engineering, and all we need are purchasing orders. It’s hard because companies can bring equipment from abroad and pay no Customs duties for temporary imports of up to three years. In our case, we import the drawworks, masts and structures from Italy. The Brazilian company can build all these things. We, as an equipment construction company, have to pay the Customs duty, while services companies or operators don’t. So, we import temporarily so as to not have to pay duties.
This is a problem we have and are trying to sort out somehow. Out of all the companies appearing in Argentina, Drillmec is the only one that has complied with all the requirements and followed the rules. We presented a file to Andres Civetta, the secretary of industry, proposing to go ahead with this project. We want to go ahead in spite of the critical moment we are going through. The equipment is here, it is assembled, tested and ready to be sold.

What has been the general sentiment regarding the adoption of new technologies and equipment in Argentina?
The new technology doesn’t require less staff; it requires skilled staff. We presented a project with an HH series rig and one with a workover rig, but the Argentinian industry was reluctant to take the new HH series technology for fear of the unions. HH technology demands less people on the rigs, which means less employment, in a way. I explained it to them to appease their fears.
Now that Argentina is becoming a pillar of the drilling sector, we see the whole technical engineering branch is being prioritised. As the government says, there is a lack of technical engineering staff. The current workforce is old and set in their ways, and all workover equipment is 30- to 40-year-old machines with very high inoperative periods.
Second, safety systems on the equipment are obsolete or non-existent. Third, this is because our labour system is outdated. When Trevi, one of our companies, needs technical staff abroad, Argentinian technicians are sent there because they are skilled. The group made an investment in staff training.
With the new technologies, you are going to need fewer people working on the platform, but you are going to need more working in maintenance, such as hydraulic engineers, electronic engineers and software engineers. It’s at this lower activity time when we can do this training.
We took the unions from here to Italy to visit our training centres, where there are drilling simulators and such. The introduction of the latest generation in drilling means that you are going to get better-quality labour. The old generation is nearly finished and there is no replacement in Argentina apart from 20-year-old boys that are working with old equipment. If you put these kids to work like this, it is likely that an international corporation will steal them from you with better pay and better technologies.
Our aim is to train staff so Argentina can sell labour to other parts of the world. Saudi Arabia has the same problem of a lack of qualified staff. I think the path in Argentina is to acquire new technology that allows us to work in a different way.

What would the benefits of HH series equipment be in Argentina?
Given the current situation, there is much drilling equipment everywhere, but it is sitting idle. What Argentinians are going to need are workover rigs to clean the wells and maintain production levels. This equipment quality has been steady since the 1970s, without much structural change. Although it is not very different than what can be found in the market, we have improved the equipment’s security with three different levels in the brakes and for manoeuvres.
It’s well designed and it should work in Argentina, since the operation of the equipment requires a lot of labour. The idea is to work together and advance safety concerns. We are working with the unions to open training schools here and bring a drill simulator from Italy so that the staff can be trained in conventional and HH series equipment.

What is the size of Drillmec’s fleet in Argentina?
YPF Oil Services has five pieces of equipment: three electric HH102 rigs and two HH220 rigs. Faxe Servicios de Perforación in Vaca Muerta has an HH300 rig and is beating drilling records, bringing the drilling of a 4,000-m well in 55 days down to 28 days. Petreven, our sister services company, has 14 pieces of equipment and is also beating drilling records. We think our fleet will increase in Argentina by five more, but we are still uncertain.
The investment is USD 4 million, in addition to USD 550,000 for the simulator. With all travel and technical expenses included, it is about USD 5 million per rig.
We will try to keep at least 30% of the components Argentinian. Although Argentina is expensive labour-wise, sending equipment from abroad is even more pricey, and this plays in our favour.

Now that the government has lifted currency restrictions and liberalised imports, how is this going to affect Drillmec’s operations and the drilling sector?
We suffered a lot in 2015 due to the approval of DJAI [Prior sworn import declarations for goods] and the constant economic and political changes.
It has been a few months of the new administration, and we are checking how we can move about, but it should take shape in the second half of 2016, when the new government decides their stance on everything. Our aim is to build in Argentina as much as we can.
We are signing confidentiality contracts with many providing companies, stating that we are providing the technology in exchange for contracts signed with heavy penalties. The idea is that the equipment gets built here.
Also, imports are more agile now. In the past two years, we had problems only last year. In 2016, we brought the workover team with a temporary permit for tests and rehearsals for eight months and it went forward. We loaded the ship in November and we were not sure how the equipment would get past Customs, then there was a government change.

What’s your future development strategy?
I told the former YPF board that I thought we could make 100% Argentinian equipment. My goal with Drillmec support is that equipment is built here. The rig name is Mosconi. It’s an MR5000 rig for workover activities with a horizontal loader. If everything goes ahead and we get the API certifications, this equipment will be completely built in Argentina. This one comes with a trailer, while the MR4000 comes with a truck.