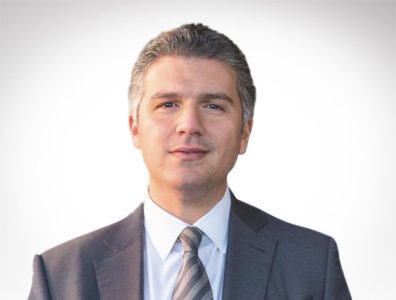 [Egypt’s] mixed-power portfolio is enabling greater gas supply to be directed to the growth of the country’s petrochemicals sector.

What demand factors are creating growth in Egypt’s downstream sector?
The Egyptian government has realised there is a lot of value for the economy in developing a downstream petrochemicals sector. Over the long term, it will create jobs and allow Egypt to export products for foreign currency, something that is desperately needed today.
Historically, an excess of gas has been supplied to the power generation sector. This is changing now with the addition of renewable, coal and nuclear sources. This mixed-power portfolio is enabling greater gas supply to be directed to the growth of the country’s petrochemicals sector.

How is the government’s electricity regulatory board performing?
The government has been very aggressive and decisive in moving forward with change. The fast-tracked power programme and feed-in tariffs initiative for solar, wind and other renewable energy sources demonstrate this new direction.
The number of deals executed and projects delivered is resulting in more actual power on the grid, with Egypt more than doubling its power output from a 2015 level of approximately 30,000 MW to 60,000 MW by 2020.
This comes alongside a major infrastructure expenditure programme that will allow Egypt to industrialise in the near future. A country cannot do this without energy and logistics infrastructure in the form of accessible power as well as effective roads, ports and airports. Another contributing pillar will be the new investment law and soon-to-be-launched incentives to attract more local and foreign direct investment.

How do the country’s petrochemicals project developments compare to those in the rest of the Middle East and North Africa region?
The majority of the petrochemicals sector investments being made in Egypt are government controlled. The projects do sometimes have international partners, but they are involved as a shareholder only in most schemes. The Carbon Holdings venture is one example. There are not many projects like it in Egypt.
Private-sector investment has been quite limited in this particular field because the projects generally require major capital expenditures, a long-term view and an effective network to be able to manoeuvre locally with the turmoil that has been happening since 2011.

Is it hard for Egyptian E&C companies to compete with GCC players regionally?
Competing with GCC-based companies here in Egypt is not difficult. International companies are able to set up their own firms and operate with no barriers to market entry. This openness is not a problem for Egypt at the moment because the market is rapidly growing.
Egypt also has a significant resource pool of skilled labour, which allows local firms to compete well against regional market players on technical and cost aspects. There are hundreds of thousands of competent engineers graduating each year, skilled across the full spectrum of civil, mechanical, electrical and oil and gas-related engineering disciplines. They generally have the opportunity to work locally or across the GCC and North Africa markets.
However, the construction sector is cyclical, and when there is a downturn in the market, we will look to work abroad. Outside of Egypt, there are barriers to market entry that GCC countries maintain to keep foreign companies out. Such obstacles are often so challenging they force businesses to think twice before entering these markets. Moreover, once there, businesses need to find local partners in order to network and thrive.

What can Egypt do to attract further international investment throughout the oil and gas value chain?
The country needs to develop a very clear investment law, and this still has a long way to go before it is finalised. Moreover, Egypt needs to complete its energy and logistical national infrastructure schemes that are currently under construction. Investors need to know the relevant advancements and logistics are in place and can help their projects succeed.