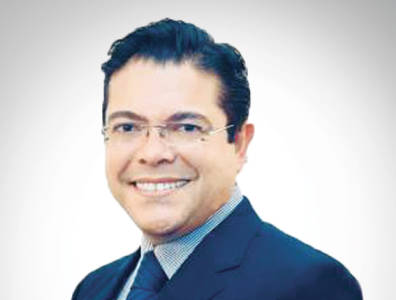 Mexican companies have opportunities to provide guidance and share technical capabilities with Colombia.

Energy trade between Colombia and Mexico

Following Colombia’s lead, Mexico recently instituted reforms to open its energy market to private investment. Arnulfo Valdivia Machuca, ambassador of Mexico to Colombia, talks to TOGY about Mexican-Colombian relations, Colombia’s ability to compete against regional giants such as Argentina and Mexico and how each country’s industry can complement each other.

How has the energy industry affected the relationship between Colombia and Mexico?
Relations between Mexico and Colombia are at their finest. This was not built in the last one or two years. It has been a gradual process of widening and deepening relations with trade standing at around $6 billion per year, which is very high for Latin America. Mexican investment in Colombia is very important and robust, at a total of about $10 billion.
Last year Colombian operator Ecopetrol, as well as several other medium-sized companies in the industry, established offices and began exploration in Mexico. The Campetrol congress in May 2015 was a clear example of this expanding involvement, as well as our links with the Colombia Petroleum Association and the Colombian Society of Petroleum Engineers, who will feature Mexico as a guest country in its annual congress this year.

What are some advantages Mexican companies have here in Colombia?
Until recently, Mexican companies have worked primarily with state-owned producer Pemex, the second largest company in the Latin American market. Working with an oil company of this size has provided our services companies with a wealth of expertise and a diversity of experience. This makes them particularly competitive in the global market, and especially here in Colombia where they can offer services that the market may have been lacking.
Mexican companies are interested in strong partnerships with Colombian hydrocarbons companies. These companies want to sell some of their services in the local market while simultaneously learning from local companies’ expertise and applying these lessons to the Mexican market.

What could Colombian energy companies take to Mexico and vice versa?
Colombian and Mexican companies complement each other very well. Mexican companies are very capable in shallow waters exploration and could prove quite useful to Colombia. On the other hand, Colombian refineries have experience with processing heavy crude, an area that needs further development in Mexico.
In addition to technical exchange, new Mexican legislation can learn from Colombia’s energy reforms. The structure of our reform is very similar to Colombia’s. Energy co-operation is taking place on both a country level and a public level. Mexico can use Colombia’s experiences to avoid potential errors and promote unrealised advantages.

What will the future bring in terms of energy relations between Mexico and Colombia?
Both Mexico and Colombia need to be able to attract expertise, know-how, technical capacity and financial investments to their respective markets. This is not a matter of competing over the market share, but complementing one another to ensure mutual success. Communication between governments and establishing sympathetic connections are the two fundamental areas of co-operation.
Mexico’s energy industry needs human capital outside of Pemex, and Colombian companies can take that opportunity to bring qualified employees to share their expertise. Similarly, Mexican companies have opportunities to provide guidance and share technical capabilities with Colombia as it begins to explore shallow water opportunities.
The Pacific Alliance, a Latin American trade bloc which began in 2011, is another opportunity for Mexico and Colombia to deepen their trade relations, along with Peru, Chile and the newly appointed Costa Rica. This relationship will provide an important space to discuss energy policy and development in Latin America.