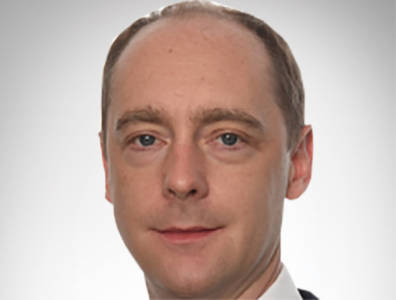 We have admittedly benefited somewhat from the oil price decline. The oil services companies are keen to be part of this project and are operating in an environment where many projects are being cancelled. As such, the price of their products and those of their subcontractors have fallen.

TOGY talks to Olivier Quinn, director of Africa and Global New Ventures at Ophir Energy, about the long-term advantages of FLNG technology as well as how Ophir has been able to benefit from a combination of innovation, the lower cost of oil and gas, and the company’s plans for the region. Ophir Energy is an E&P company that is developing the Fortuna gasfield in Block R, offshore Equatorial Guinea.

Do you have any updates on Ophir’s Fortuna gas development project?
We are working towards mid-2016 for our FID [final investment decision] on the Fortuna project. We are expecting at that time to have in place all commercial agreements, such as the offtake agreements with our LNG buyers and the chartering agreement with Golar LNG and the development and production plan approved by the government of Equatorial Guinea.
In terms of the LNG buyers, we finalised heads of agreements, or HoAs, with seven potential gas offtakers at the end of 2015, which was then reduced to three in Q1 2016. We are in the process of shortlisting competing offers to just one or two parties to sign at the FID. We are working with a variety of different buyers, each with different interests and priorities of destinations or pricing, so we are keeping our options open before deciding what is best for the project.
Ophir is selling 2.2 million tpy of LNG offtake, but the total demand requested under the HoAs has seen the offtake sold several times over.

There has been some consideration of adding a second FLNG after the project reaches first gas in 2019. What is the status of that project?
When talking about the Fortuna project, it is very important to understand that we have six discovered fields in the project and several undrilled prospects that will be tied in throughout the four phases of the project (2016-2030). If you have a production profile that is 40 years long, the value of that revenue in 40 years’ time is not as great a value as if it were produced today. Therefore, if you bring that investment and revenue forward by bringing a second vessel on stream, you increase the value of the project. That is the logic behind our second FLNG vessel, and we are in discussion with Golar LNG regarding a commercial structure to support that. That decision will be made after first gas.

How has Ophir taken advantage of the low oil and gas prices to reduce costs on the project?
We have admittedly benefited somewhat from the oil price decline. The oil services companies are keen to be part of this project and are operating in an environment where many projects are being cancelled. As such, the price of their products and those of their subcontractors have fallen.
However, we also recognised that as a small company, we wanted to minimise interfaces between all the different parties to further increase efficiency and reduce costs. Rather than running two separate front-end engineering and designs (FEEDs) for the subsea umbilical risers and flowlines (SURF) work and for the subsea production systems (SPS), we have run a competitive FEED between two consortiums of providers.
They have paired up to compete for the whole engineering procurement construction installation and commissioning (EPCIC) package. It has saved us time and interface costs, and we will end up with a single SURF and SPS consortia, who will then take the concept through to production.
We are a small company and as such have had to be innovative to maintain an ambitious schedule and minimise costs. The original cost of phase one was around USD 900 million, but by March 2016 we are now working to a figure below USD 600 million. These figures demonstrate the result of both our innovation and the fall in oil price.

What is the value of operating with state-owned companies and what is the importance of knowledge transfer in the market in Equatorial Guinea?
One of the great aspects of being a differentiated company is shared value. This means using the skills, technology and knowledge that you have to fill a need or solve a problem for your stakeholders, the surrounding community or the environment.
The knowledge transfer to state-owned companies is very important for Ophir. We have taken the unusual step of bringing trainees from Equatorial Guinea to London for training and secondments prior to having taken the FID. We are making this investment and sharing this knowledge with the view that these people can possibly become future employees in Equatorial Guinea and return that knowledge and investment to the project.

What is the long-term vision of Ophir for Equatorial Guinea and its regional plans for West Africa?
Our vision is to have enough development and production to provide adequate cashflow to enable the company to continue to find new plays and open up new hydrocarbons areas around the world. We want to experience material growth in our net asset value through the discovery of those plays and develop them in such a way that they provide enough income to continue the exploration cycle.
We will continue to enter licensing rounds in areas where our subsurface understanding and regional knowledge of West Africa provide us with a competitive advantage.

Note: In November, Ophir, Golar and Schlumberger signed a deal to jointly develop the Fortuna FLNG project off Equatorial Guinea. OneLNG, a joint venture between Golar and Schlumberger, will own 66.2% of the project while Ophir will own the remaining 33.8%. Total capex until first gas is expected to reach USD 2 billion, of which some USD 1.2 billion will be financed by debt.