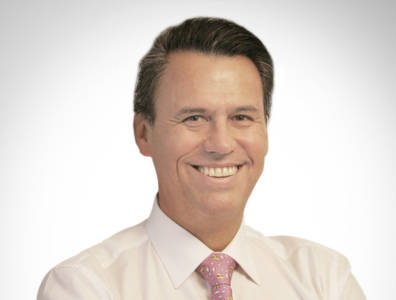 [Colombia's] constitution requires prior consultations with communities affected by exploration and production activities, which causes delays. This process should be removed or streamlined.

Number of hydrocarbons technology patents granted in Colombia since 200046

Colombian Chamber of Oil Goods and Services president Rubén Darío Lizarralde Montoya talks to TOGY about Colombia’s position as a producer and ways in which country can boost its competitiveness in the current low oil price environment. The nonprofit organisation was created in 1988 to provide collective representation for both domestic and foreign oilfield services companies operating in Colombia.

How has the fall in oil prices affected Colombia?
Between 1976 and 2004, the average price of a barrel of oil was $24, and between 2004 and 2014, it was around $81. From this perspective, the current price of around $60 per barrel is only 35 percent lower than it was during the oil boom, and more than double what it was for almost three decades.
It is understandable that a lot of companies are panicking, but the situation is far from critical. The key priority right now is the improvement of competitiveness. During the oil boom, technology improved, especially in the oilfield services sector. Colombia needs to develop the capability to take advantage of its oilfields and extract its hydrocarbons more efficiently. Technology will play a significant role in that.

What should the country do to remain competitive despite low oil prices?
Colombia needs to enact changes in its prior consultation processes and royalties regulations. The country’s constitution requires prior consultations with communities affected by exploration and production activities, which causes delays. This process should be removed or streamlined.
The royalties law that used to benefit oil-producing departments was reformed to distribute revenues evenly among all departments. However, under the new reform, there are around COL$5 trillion ($1.67 billion) of unused project funds because departments lack the competencies to carry them out.
An amendment should be passed to ensure that resources unused by other departments are returned to the oil-producing ones. These resources should not be lost. They should be applied to infrastructure or public projects, which will have a positive impact in other sectors of the economy.
These reforms can unlock Colombia’s potential with regards to technology, innovation and the strength and maturity of local services companies, which can be put to good use extracting oil in a more efficient manner. This is the only way to compete against countries with large amounts of resources such as Venezuela or Mexico.

What should the country do to increase reserves?
The obvious approach is to ramp up exploration. Several areas are waiting to be explored, such as in the Putumayo and Catatumbo departments. The signing of a peace agreement between the Colombian government and the Revolutionary Armed Forces of Colombia can make these areas available to exploration much more quickly.
Aside from Putumayo and Catatumbo, there are fields in Arauca, Casanare and Meta with potential opportunities. Geologists believe that Vichada has oil prospects, but hydrocarbons there lay deep down and production would be expensive. The field would require a large investments and more certainty that oil is there.
Regarding natural gas, the coastal departments of Córdoba and Sucre are strong options. There is significant promise in offshore exploration, but this will not yield anything in the short term. Offshore oil can take between eight and 10 years to extract, while the current reserves-to-production ratio is 6.6 years. We must keep working offshore to discover new oil reserves, but we cannot forget our onshore fields. Onshore developments should be the priority.

What would have been the benefits of a successfull acquisition of Canadian firm Pacific E&P by Mexico’s Alfa and the US’ Harbour Energy?
The acquisition of Pacific by Alfa and Harbour Energy, which has now failed, would have been a positive move for Colombia, because it would have introduced new operators to a market that is basically in the hands of only two companies. Pacific and state-owned Ecopetrol account for 80 percent of the activity in the industry.
While the merger could have strengthened Pacific, it would have also succeeded in bringing new operators from Mexico, North America and Asia. This would have been a breath of fresh air to the Colombian market with regards to technologies, methods and approaches. It could have also brought about improved cashflow to shoulder more exploratory activity, which is lacking in 2015. By bringing in foreign know-how, the acquisition would have boosted confidence in the region.
If Pacific had been acquired, it would have been part of a wider trend of mergers in the country. The other mergers may not impact the Colombian market as much, but they help consolidate activities and make the market more efficient in difficult times.