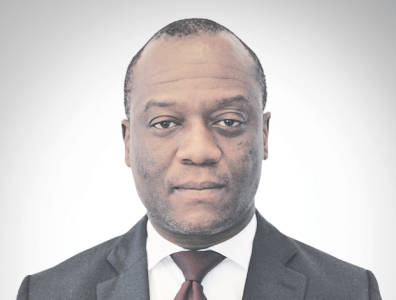 "The country would not be able to develop itself and grow as easily without the financial sector."

Alfred Kasongo, Ecobank’s general director, explains the advantages of working in an emerging market, the regional monetary union and the potential of collaborative loan syndicates. Ecobank entered Equatorial Guinea in 2012, making it the newest addition to the domestic banking sector.

How far is Equatorial Guinea from reaching its Horizon 2020 goal of expanding the role of the banking and finance sector?
The banking sector is already playing an important role in both the local economy and its development. The country would not be able to develop itself and grow as easily without the financial sector.
The banking association actively supports the government through this transitional period by providing financial services to major oil companies in the country such as US companies Noble Energy, Hess, Marathon Oil and Vaalco Energy as well as Nigeria’s Atlas Petroleum International and Equatorial Guinea’s national oil company, GE Petrol.

How have developments in the local banking sector affected the oil and gas industry?
Products such as Internet and mobile banking for both individuals and corporations have brought about significant change to the domestic banking culture. This is a great asset for oil companies. For instance, head offices in Houston can monitor their accounts and transactions online in Equatorial Guinea, allowing for efficient and secure transactions, as well as on-time payments to suppliers.

What are the main advantages of being a member of the Central African Economic and Monetary Community (CEMAC)?
The main benefit of being part of CEMAC is that the member states are exempt from exchange rates in other member countries. This leads to greater competition with more fluid international trade and investment in the zone.
The monetary policy conducted by the Central Bank of the Central African States is more credible than the central bank of any sole country, leading to stability in the exchange rate and overall economic environment.

How does Equatorial Guinea’s banking and finance sector compare to African markets?
The country’s financial system is sound and liquid despite being a young market compared to mature and larger countries in CEMAC. Over the past 20 years, Equatorial Guinea has experienced a surge in its financial, economic and infrastructure development, making it one of the most dynamic and fast-moving countries in the region.
The advantages of operating in Equatorial Guinea are the plentiful opportunities for banking and project funding in several sectors due to the country’s thriving economic growth.

What is the potential of syndicate loans and the Partial Credit Guarantee Fund?
The potential is enormous. Several projects in all economic sectors are in need of significant funding. It would be financially risky and difficult for any single institution to carry out one of these large projects on its own. By syndicating the project, the risks are minimised and the profits increased.
Further opportunities for regional syndication could lead to stronger prospects for the financing of bigger projects, such as the Bioko Oil Terminal and the Integrated Petrochemical Complex in Riaba. The Partial Credit Guarantee Fund will also play a critical role in enabling local banking institutions to finance small and medium-sized projects as the fund would considerably mitigate financial risks.