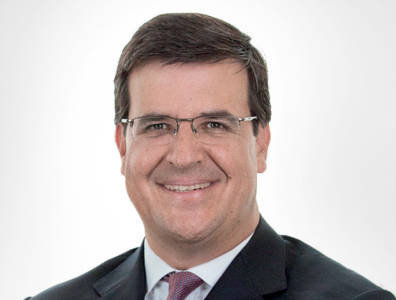 "Good projects offering a clear return on investment will always have financing."

Length of the GSPNearly 1,200 kilometres

Value of the GSP$4.3 billion

Are there plans to expand the Camisea gasfield and develop neighbouring blocks once the Southern Peru Gas Pipeline can provide increased transportation capacity?
With gas, you cannot confirm reserves until you have the infrastructure in place to get it out.
I am confident that there are more reserves out there that we have not found, due to the amount of territory that remains unexplored. The private sector will be keen to move forward in developing these resources once they are found. We have not done this very well recently, largely due to permitting issues.
The Camisea field, in blocks 88 and 56, and surrounding blocks are likely to be further developed. The positive effects of production at Camisea have been seen in Peru. New production from these blocks could make a similar impact.

What is preventing foreign investment in Peru?
In the tight market we are in with low oil prices, there is not much incentive to explore new reserves. If some companies are just sitting on their large surplus reserves, oil prices can be further driven down, as companies speculate based on supply increases.
Businesses in the oil industry are being careful about where to invest money. A year ago, the market had a cash surplus, but now it is getting tight. Costs change depending on the type of oil you have. Peru has a lot of heavy oil, which is expensive to produce.
The government is also not doing its best to foster investments in oil and gas. Once social and environmental studies have been complied with, projects still become stuck due to a lack of political will. This is an obstacle for investment, as the potential profitability of projects can be affected by these long delays.
What the government does with the Southern Peru Gas Pipeline (GSP) will be very important. If the government is behind the project, it is possible to complete it on time and within budget, but without government support, the thousands of permits required will be a major obstacle.

How have events such as the unrest in Pichanaqui influenced foreign banks and institutions considering investments in Peru?
Good projects offering a clear return on investment will always have financing in place, but we need to ask for social and environmental permits to cover the risk of this kind of unrest.
Raising funds will be more difficult for European or Asian institutions, as they do not know the market. Financing for projects would not be denied solely because of social and environmental issues, but new risks must be taken into account when calculating costs.
If projects might be delayed or stopped, companies will be asked for sponsor guarantees, making everything more expensive. Even though they are conditional, companies must have the ability to get that money in case they need it, and this uncertainty makes that more difficult. Interest rates could go up as well.
When Credicorp Capital was financing many gas projects, we would first look at project numbers – production statistics, rate of return, etc. – then look at permits. Now, we do not look at numbers unless all permits are in place, given the issues that companies have been facing.

Is Peru’s oil and gas industry under pressure?
The hydrocarbons industry is not very competitive and the exploration and production sector is particularly under pressure, because much of Peru’s oil is heavy and has sulphur, making it expensive. I don’t know how long oil prices will stay at his level, but I think it will be tough to bring prices back up to $100 per barrel.
Peru will need to find a balance between technology and costs. In 2014, Mexico drilled 1,000 wells and the US drilled 16,000, while Peru drilled only 10 exploratory wells. This country has a lot more potential than that.