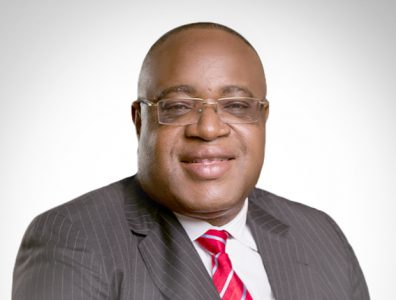 Even at the best of times, I don’t think the refineries contributed to 30% of the national demand. Our business has been import dependent, and we are still importing massively to meet the shortfall.

There has been a lot of talk about the ports and making them more viable for imports and exports. What do you see as the biggest challenge with Nigerian ports?
The biggest challenge we have is very limited draught. Nigeria is a country that has hundreds of nautical miles of coastline on the Atlantic. Unfortunately, there are only about maybe three or four facilities in the whole country that have a draught of up to 12 metres. Most of the petroleum products imported into this country are unloaded in Lomé, Togo, through STS [ship-to-ship cargo transfer] then shuttled into Nigeria. We do not have the facilities to accommodate very big ships.
There are four major import hubs in Nigeria. As far as tank farms are concerned, you have the Lagos cluster, the Oghara/Warri cluster in Delta state, the Port Harcourt cluster and Calabar cluster. In Lagos, the draught at Ibafon jetty is about 6.4 metres. It is about 8.5 metres at Capital jetty and between 10-12 metres at Folawiyo jetty. At Port Harcourt, you have a draught of maybe 7 to 10 metres at the Nigerian Port Authority facility.
At Oghara, we also have limited draught of 5.8- 6.2 metres, depending on the time of the year. Now that we have a protracted dry season, we are contending with a draught of 5.8 metres. Finally, in Calabar, you have a draught of 6.4 metres. You will agree with me that these are very shallow draughts for a country that imports more than 80% of its petroleum product needs.
Dead freight is another issue. Due to draught restrictions, you take a vessel with a full load capacity of 30,000 tonnes and load only 15,000 tonnes on board. Of course the vessel hire cost you pay is for the full capacity of the vessel. So there is a lot of operational inefficiency due to our shallow draughts.

Could this be solved through land remediation?
I wish it were that simple, because a shallow draught over 500 metres is easy to deal with. If you are going to our facility in Oghara, you are talking about 50 nautical miles from Escravos with lots of shallow patches along the way.
How do you dredge over 50 nautical miles? The ports need to be moved closer to the Atlantic. Unfortunately, we don’t have the road infrastructure. If you look at the coastline, it is so huge that you don’t have the adequate roads leading to those places. These are very large investments to make. Unfortunately, there are limits to private sector investment.

What percentage of your cost is taken up by demurrage? Is that something the government compensates you for when they actually do pay arrears?
We have tried to run a very tight ship by being very efficient. Thankfully, in a place like Oghara, we have our own jetty for our exclusive use. Because of that, we schedule our loading in a way that by the time the vessels get into berth, the jetty is free. We try to keep our demurrage bill to minimal levels by being very efficient in terms of when we load the parcel and trying to ensure that by the time the vessel is coming we also have haulage to discharge the cargo.
Off the top of my head, there are more than 15 tank farms in Calabar, but there are only three jetties. Everybody is queuing to use the same jetty. In Calabar it is totally out of your control, because you may plan to have the space to discharge the cargo, but you don’t know what the others are doing. By the time your vessel gets to Calabar, there may be six vessels all queuing to berth at the same jetty, so you have to wait. Demurrage then becomes very material.
The same goes for Lagos. If you go to a place like Ibafon, there are more than 20 tank farms that all share a single jetty, with about three berths. Everybody is queuing. When you consider the fact that these vessels go for anywhere between USD 16,000 to USD 25,000 per day depending on the vessel’s size, you appreciate how material demurrage costs could be.

Did you receive any some arrears owed to downstream companies for petroleum products?
It was in the international news. Petroleum marketers were paid about NGN 400 billion [USD 2 billion] subsidy arrears and Rainoil, being a major player in the downstream sector, got its fair share of the money. We were paid, and we thank the government for that.
Of course, as the managing director for A-Z Petroleum rightly pointed out, the interest payment wasn’t paid, the foreign exchange differential also wasn’t paid. But we are optimistic that at some point the government may address that.

A new administration came in, and a lot of people are saying things are moving slowly. How are you seeing it from the downstream perspective?
Having a change of administration is never easy because a new set of people come in. You expect them to take some time to settle down, understand the dynamics of what has been going on and begin to implement their own policy.
Don’t forget that the new administration has been in place for barely seven months. People should cut them some slack and give them some time to settle in, which was why it initially looked like things were a bit slow. Of course the moment they got a proper handle on what the issues were, the first thing the president did was to pay the entire subsidy arrears.
To be fair to the administration, even at the best of times, I can’t recall any time marketers were paid NGN 400 billion [USD 2 billion] in one fell swoop That’s a major move. They also came up with a policy of price modulation. The subsidy on petrol, which we have always argued was not sustainable, has been tactfully removed, while at the same time the government is putting a cap on the price. So they have removed the subsidy on petrol and kerosene, which provides a lot of savings. As far as the government is concerned, we see a move in the right direction. I think they are very well on track and they deserve the support of everyone.

About 80% of the domestic fuel needs are being supplied by companies such as yourself. Do you see your business increasing in these next few months as all local refinery capacity is pretty much shut down at the moment?
Even at the best of times, I don’t think the refineries contributed to 30% of the national demand. Our business has been import dependent, and we are still importing massively to meet the shortfall.
We look forward to a time when the local refineries will be able to play their own part in bringing a fair share of their contribution to the table. Until that happens, we will keep importing fuel, we will keep trying to ensure that fuel is available for national consumption.

The Dangote Refinery is looking to supply 80% of domestic needs. Dangote also has another site to build the same model of the same capacity if it’s commercially viable. When that time comes, are you looking to become exporters of petroleum products?
Nigeria desperately needs to increase the local refining capacity, so the Dangote refinery project is a very welcome development. We desperately need it. As a nation and as a player in the industry, we really can’t wait for that refinery to come on stream. Having said that, we currently import more than 80% of our refined petroleum needs and distribute it.
When the Dangote Refinery comes on stream, the refinery will displace foreign suppliers. Local players such as Rainoil will go to the Dangote Refinery to buy products. Nigeria is a country of 180 million people, spread over thousands of square kilometres of land. The refinery is in a single location. You are not going to drive there just to fuel your car, so it’s going to be a distribution point.
Tactically they’ve put it by the coast, so what I see happening is that instead of ships going to Lomé to do STS and come into the country, the ships will be going to the Dangote Refinery to load. From there they will come into Lagos, Oghara, Port Harcourt or Calabar. Fuel will be distributed through the tank farms spread across the country.

Do you have plans to expand the number of filling stations and add to your fleet?
In 2016, our primary objective is to aggressively expand our retail outlets. Our policy is to grow our outlets from 35 to 100 this year. We have a huge budget for that, and we are snapping up stations very aggressively.
We are also growing our distribution, our fleet of trucks that we need to move the product across the country. As far as we are concerned, one end of the market that will never fail are the petrol stations because that is the interface between the industry and the market.
Even if you are a tank farm owner, no matter how scarce petrol is, you are not going to drive into your tank farm to fill your cars. You need to go to a petrol station to fill the car. Whatever happens, regardless of what’s happening at the refinery, to the dollar or to the exchange rates, the filling station model will not fail. It will always remain very relevant.