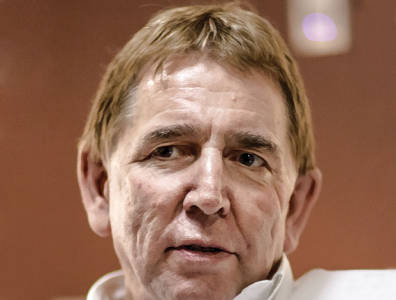 Nigeria needs a lot of investment in gas pipelines, and this should be taken on by the state, as has been the case in Europe.

Production at Opuama field in February 20152,500 barrels of oil per day

Profit margin for selling refined diesel in Nigeria$0.41-0.47 per litre

Gas for diesel: Who should build Nigeria’s gas infrastructure?

Leslie Blair, CEO of Nigerian exploration and production company Elcrest, speaks to TOGY about the challenges of operating in swamplands, the need for investment in gas production and opportunities of the integrated asset model. The company, a joint venture between local entities Eland Oil & Gas and Starcrest Nigeria Energy, has a 45-percent stake in oil mining lease 40.

What cost and operational hurdles are swamp-based operators confronting in Nigeria?

Operating in swamp-based assets in Nigeria is more capital intensive and requires consideration of factors that one would not encounter on land-based assets. The need to transport people and equipment by boat rather than by truck is logistically difficult and a cost burden.

Furthermore, the silt in the swamp requires periodic dredging. The creeks are manmade, and with heavy rains for more than six months of the year, fine silt builds up quickly and goes back into the creek quite quickly, requiring a large-scale dredging operation every four years.

Security concerns in the area, however, are the most challenging and cost-intensive factor. Security in the swamp regions of the Niger Delta, where in the past conflict have arisen between villages and communities, requires on-site security operations and security escorts when in transit. All this comes at a price.

How have market forces and regulatory measures changed since 2014 to impact investment in gas production for the domestic market?

The government’s effort to move the price from $53-88.33 per thousand cubic metres for domestic gas usage for power generation has brought the domestic market price almost to parity with other international markets. The price in the US in February 2015 was around $91.82 per thousand cubic metres, and the US market is one of the most effective with regards to gas production, utilisation and market dynamics.

The break-even price for gas production and delivery to the local market will vary from one operator to another based on company overheads, asset location and reservoir pressure.

The primary obstacle in the local market is the inability between an operator and the gas purchaser to sign a direct contract. Companies have to go through the Nigerian Gas Company or another intermediary. Certain local companies, such as Seplat and Frontier Oil, have engaged in direct contracts with buyers with great success.

In this type of format, there is no longer a concern about a universally acceptable regulated market price as companies are in a competitive marketplace where buyers and sellers will only engage if it makes financial sense for them.

If the price between buyers and sellers settles above the $53 mark, it is still four to eight times cheaper than diesel for end users, most of whom run on diesel powered generators all day, as they are not connected to the grid.

With the power sector depending on gas availability, what infrastructural improvements must be made to bridge the gap?

Nigeria needs a lot of investment in gas pipelines, and this should be taken on by the state, as has been the case in Europe. Power stations in the north of Nigeria run on diesel and the only way diesel can get from Lagos to Kano is by truck. This is hugely inefficient.

By building a gas pipeline from the Niger Delta to Kano, and linking other locations such as Sokoto, Maiduguri and Katsina, there will be buyers all along that route – from power plants and factories to petrochemicals plants. This would be a huge stimulant to economic development and open up the perceived potential for upstream investors eying gas production.

How can the integrated approach to asset management help local producers maximise value and profitability from upstream assets?

The integrated form of development has already been a successful model for domestic oil companies such as Seplat and Niger Delta Exploration & Production. The latter is currently producing both oil and gas from the Omerelu field and has a modular diesel refinery on site. The margin is attractive for those producing oil at $30-40 per barrel and selling a barrel of diesel for $125.

For other local producers and marginal field players, developing a 1,000-5,000 barrel diesel refinery is a manageable investment that matches a long-term growing market demand. In the short term they should concentrate on oil production to generate the revenue and cashflow that then allows them to get the debt investment to produce gas. After the company can launch a small refinery for diesel to create additional profits further down the value chain.

With diesel priced at about NGN150 ($0.89) per litre, one is able to get $0.41-0.47 profit per litre. For this model to succeed, the market needs to open up and licences granted to oil companies so they can develop smaller scale refineries.