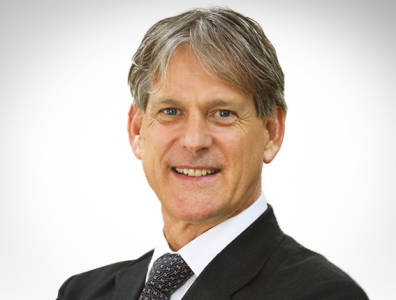 It is important, as Egypt begins importing LNG at international prices to meet domestic gas demand, that [the country] ensures domestic gas producers are incentivised to explore and produce more gas domestically.

Percentage of global LNG consumed by the Asian gas market:73%

Patrick Allman-Ward, group CEO of Dana Gas, discusses the market conditions for natural gas in Egypt and how the country can reduce its dependence on foreign LNG imports. Dana Gas is a private exploration and production company with working interests in seven assets across Egypt.

Oil prices at the start of 2016 have hovered around the USD 30 per barrel level as demand fears continue, driven by perceived weak global economic activity and continued supply glut sentiments. However, many industry observers and analysts expect the supply and demand to match in the latter half of 2016 and expect the oil price to recover.
Global gas prices have also been affected partially by the fall in oil prices and by weak gas demand in key gas markets such as Asia and Europe. Gas prices are more regional as gas flows across regions are constrained by lack of pipeline connectivity or lack of LNG receiving terminals. The Asian gas market which consumes around 73% of global LNG (around 243 bcm in 2014) has benefitted most from the fall in oil prices as a large part of contracted LNG sold in the region is linked to oil prices. However, with the recovery in oil prices, the contracted LNG prices are expected to revert back to higher levels.
In North America and Europe, gas prices are more influenced by the spot market. With planned liberalisation moves afoot in Japan, Korea, China and Singapore, the global gas prices are increasingly moving to spot market based pricing in the years to come. US LNG exports are expected to provide greater transparency on LNG prices further delinking the LNG contract prices from oil prices.

FUEL OF CHOICE: Gas is the fuel of choice in power, industry and potentially in the transport sector, particularly in the light of increased focus on constraining carbon emissions. Gas emits 50-60% less carbon dioxide than either coal or oil in power generation and releases almost none of the harmful particulates released by coal. According to IMF data, a global switch from coal to gas could reduce global carbon dioxide emissions by more than 12% and deaths related to air pollution by more than 50%.
If countries wish to make quick and genuine progress in controlling their emission levels whilst avoiding runaway power prices, they need to balance their investment into renewables, which despite cost improvements still rely on subsidies in most regions, with concerted investment into the gas sector. In the past 10 years, the world has invested over USD 2 trillion into renewables capacity, but this has only been able to fund the construction of 3% of global energy capacity.
The US on the other hand has in the past 10 years experienced a significant switch from coal to gas in power generation. In 2005 (before the switch began), energy-related carbon dioxide emissions from the US stood at 6 gigatonnes. In 2014, these emissions had fallen to 5.4 gigatonnes. This 10% fall in emissions over ten years came despite power demand increasing by 1%. Renewables, whilst clean, are not capable of providing baseload power supply due to their intermittency. Gas is an ideal baseload fuel. However, in order for gas to achieve its full potential in the low-carbon intensity world it needs stable and competitive prices (delinked from the geopolitics of oil) to stimulate demand and capture market share from substitutes in each of the mentioned market segments.

DOWNSTREAM EFFECTS: These changes in the global gas markets are going to have an impact on Egypt’s gas market. Egypt has become a net importer of gas as demand has outpaced falling supply in the past ten years. Egyptian gas market prices for domestic producers are set by the government. This arrangement does provide security to investors and hedge against the volatility in oil prices. However, when prices are not periodically revised in line with the market trends, then adequate investment capital to keep investing into new gas supplies fails to materialise.
This is what happened in Egypt after 2005 when gas prices failed to keep up with increasing oil field services costs driven by oil prices increasing from USD 25 to over USD 100 per barrel. The resulting squeeze on margins caused operators to cease development work in high-cost environments due to inadequate returns and resulted in discovered gas reserves becoming stranded. It is therefore particularly important as Egypt begins importing LNG at international prices to meet domestic gas demand that it ensures that the domestic gas producers are also incentivised to explore and produce more gas domestically.
The low domestic gas prices in the past ten years and the delay in payments to investors since 2011 has reduced investor confidence in the Egyptian gas sector. At the end of 2015 the outstanding payments owed to the foreign international petroleum contractors in Egypt is estimated to be around USD 3 billion. Sustaining investments to continue increasing domestic gas supplies is dependent on the Egyptian government making regular payments to investors for the supply of the gas and to allow them to make a reasonable return on their investment.

GOVERNMENT RESPONSE: In response to the gas shortage and lack of investments, the Ministry of Petroleum has proactively engaged with E&P players in the country. These engagements have resulted in improvement in domestic gas prices for new deepwater gas developments and also spurred new exploration activity. Eni’s recent Zohr discovery offshore Nile Delta is a result of recent initiatives in this direction. The proposed fast-track development of Zohr is now expected to add around 2.7 bcf (76.5 mcm) per day of gas volumes by late 2017 to the Egyptian domestic market and reduce reliance on imported LNG. Ministry supported public–private dialogues have helped restore confidence in Egypt and investors continue to explore innovative commercial models to revive investments to unlock stranded gas resources in the country.
Egypt, under the leadership of President Abdel Fattah El Sisi and Prime Minister Sherif Ismail has demonstrated a willingness and commitment to revive investor confidence in the Egyptian gas sector. Prime Minister Sherif Ismail, first as Petroleum Minister, started off the initiative to liberalise gas prices and to allow private-state partnerships to find win-win solutions. These efforts are certainly going to benefit Egypt and its people.