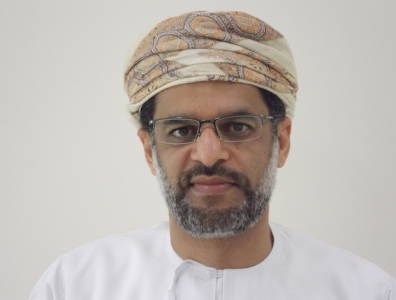 The market rules in combination with generator licences and contract arrangements will be designed in a way that ensures there is no monopolistic gaming of the market.

Growth in production and demand

TOGY talks to Ahmed Al Jahdhami, CEO of Oman Power and Water Procurement Company, a member of Nama Group, about the company’s upcoming projects, the development of the spot market and OPWP’s multi-pronged efforts to stay ahead of Oman’s rapidly growing energy demand. OPWP is the single buyer of power and water for all independent power projects in Oman, responsible for demand forecasting, capacity planning, strategy development and ensuring fair and transparent competition in the private power generation sector.

Could you give a brief description of what has happened over the past 12 months?
The year 2015 was very busy for us. There are a number of projects we have signed contracts for, and there are also a number of projects that are under construction from previously signed agreements.
In terms of power, our key project is the Ibri-Sohar power plants, which are being constructed in two locations. They were awarded at the end of 2015 to a single developer. The total capacity will be around 3.2 GW with early power in 2018 and full commercial operation in 2019.
We also awarded Salalah II IPP with a capacity of 445 MW. It is currently under construction with expected commercial operation beginning in early 2018. An agreement was also signed with Oman Oil Company for the 120 MW power plant at Musandam.
On the desalination side, we awarded the Sohar 2 and Barka IWPs this year. These two projects were procured in one tender. The Barka IWP is around 280,000 cubic metres per day and the Sohar IWP is around 250,000 cubic metres per day. In 2015, we signed the Qurayyat IWP, which will deliver 200,000 cubic meters per day of water. We added about 100,000 cubic meters per day of capacity at an existing plant in Barka, most of which became operational in 2015. The new Muscat City desalination plant, at Ghubrah, started commercial operation formally in February 2016, and brings another 190,000 cubic meters per day of capacity.

Can you tell us more about your progress developing the spot market?
It is happening. We have already assembled a team that consists of OPWP employees and international advisory consultants, which is a consortium of Pöyry and Dentons. The OPWP team has a solid mix of spot market expertise, sector law expertise and Omanis with different levels of local industry experience to ensure sustainability on this strategic initiative.
We are working closely with key stake holders such as the Authority for Electricity Regulation (AER) and the Oman Electricity Transmission Company (OETC) who is responsible for the electricity dispatch in the country. A draft of the proposed market rules is expected to be shared with AER this summer. In addition to the development of the rules, we shall start soon working on the other aspects of the project such as the IT system which will the backbone of the market. We are hoping that the market will be piloted by 2019-2020 so that it can be operational by 2020 or 2021.
OPWP will play the role of the market operator, which encompass activities such as taking in generator bids, calculating prices and payment amounts, clearance, billing etc. A dedicated new department in the company is expected to be supervising the operation of the spot market in collaboration with an existing department that administers the conventional power and water procurement contracts.

Once the spot market is up and running, do you expect the competition in the market here in Oman to increase with the entrance of international investors?
The spot market and future contracting arrangements will be designed in a way that will enable new investors to compete with existing ones for future capacity and it will allow other companies with captive power or excess generation, to bid in the market. There will be potential for captive generators to compete in the market for the sale of energy. There will be certain arrangements within the market to capture that, and we expect that competition will grow over time.

Do you expect companies to have bigger bargaining power with the spot market?
No. The regulations are very strict on that. They will not allow the abuse of market power by generators. The market rules in combination with generator licences and contract arrangements will be designed in a way that ensures there is no monopolistic gaming of the market.
Plants coming to the end of their contracts will be able to bid in the market and, in parallel, we will still be continuing some blanket purchase agreements.
A key thing that we are doing on the spot market is designing it to enable future liberalisation of the electricity generation market.
We envisage that there may be a second stage once the market is stabilised. Whatever we do in designing the market should not hinder future liberalisation and should be done in a way that will enable renewables to work.
OPWP will retain its planning role. The rate of growth in demand remains high and so does the risk of meeting it. The company’s mandate is to ensure that there is enough capacity and also to maintain strict capacity supply security standards based in its licence.

Are you investing in renewables as well?
Currently the investments in renewables are limited in Oman. At the moment we are in discussion with Rural Areas Electricity Company (RAECO), which has an agreement with Masdar to build a 50-MW wind project in southern Oman. We expect that the commercial operation will start in 2018. We are enabling it to be connected to the Dhofar power system.
In terms of solar, there are still no big projects. That said, we are hoping to work on one soon. It will be done under an IPP model. It will follow the same model that we are using, on a build, own and operate basis under a long-term PPA structure and developers will be invited to participate.
We are hoping to implement more renewables and there is currently more momentum to initiate solar projects.

What initiatives have been taken to manage the high demand for power in Oman?
OPWP remains focused on the aspect of efficiency. We have clear targets for improving the efficiency of gas utilisation. We have clear metrics that are presented in our annual reports and seven-year statements on gas improvement.
The last ten years witnessed huge improvement in gas utilisation. The gas utilisation per MW hour produced has improved by 8% in the past year alone. Although electricity demand is growing between 8-10%, actual gas consumption has been growing at around 6% and we want to improve that further.
We have the goal of improving gas utilisation per MW power produced by another 22% by 2021. That is coming from the switch to combined-cycle power plants, and also optimised dispatch regime.
The move towards reverse osmosis for desalination and moving away from thermal desalination supports the gas utilisation initiative.
From the demand side management DCM perspective, the Public Authority for Electricity and Water developed a master plan on energy efficiency and electricity conservation. Currently the regulator is in the process of implementing the DCM plan in coordination with electricity distribution companies. Furthermore, the regulator has developed a cost reflective tariff for large industrial and commercial customers which I trust it will be in the process of implementation soon.