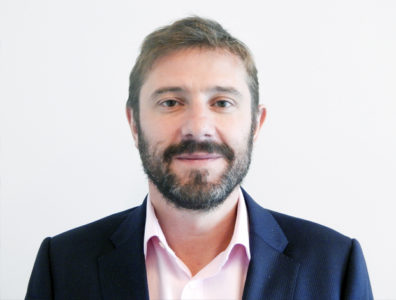 In recent years, China and South Korea have been investing more than Italy or Germany, which have historically bankrolled several major projects in Kazakhstan.

GDP growth since 2009Between 5 and 7 percent

The hydrocarbons industry’s indirect contribution to the economy85 percent

Gregor Mowat, appointed managing partner of KPMG’s Kazakhstan and Central Asia branch in 2013, talks to TOGY about how while the economies of many rapidly developing countries have slowed down, Kazakhstan continues to show positive growth and remains a viable option for foreign investors. KPMG provides audit, tax and advisory services to a variety of private and state-owned companies.

What share of Kazakhstan’s gross domestic product (GDP) can be attributed to its hydrocarbons production?

The oil and gas industry directly contributes between 40 and 50 percent of Kazakhstan’s GDP. The industry’s indirect contribution accounts for about 85 percent. Several other industries, such as banking and construction, are intertwined with the oil and gas business.

However, energy efficiency is making headlines in the country. For instance, construction of a $550-million wind farm has started in the village of Shokpar in the Zhambyl oblast. The renewable energy project is being funded by Kazakh company Windhan along with Lithuanian investors.

As one of the goals of Kazakhstan’s 2050 Strategy is to build a green economy, the government is encouraging both foreign and national enterprises to invest in renewable energy sources.

How difficult is economic diversification in Kazakhstan?

The restructuring and reshuffling of the Cabinet in August 2014 would suggest a greater emphasis on the diversification of the economy. Of course, this is challenging for an oil-rich country, but Kazakhstan is definitely moving in the right direction by creating a less hydrocarbons-dependent economy.

Foreign investors’ appetite will play a key role in this shift. President Nursultan Nazarbayev’s administration has successfully attracted international players into the country. In recent years, China and South Korea have been investing more than Italy or Germany, which have historically bankrolled several major projects in Kazakhstan.

The financial sector in Kazakhstan has had problems with poorly performing debt portfolios, which have slowed down investment. Nevertheless, both internal and foreign direct investment have increased notably in Kazakhstan since 2008. There are some serious opportunities in the Central Asian country for investors that have an appetite for risk, particularly within the hydrocarbons industry and agriculture sector.

A 2013 KPMG report stated that Kazakhstan is one of the top 20 countries in the world in which to invest. Will the restructuring of the government deter foreign investors?

Investors are aware that growth is slowing down in markets that had previously been booming economies. Brazil is in recession, Hong Kong, Singapore, South Korea and Taiwan have reported slowdowns, and the geopolitical situation in Russia is pushing that country towards the brink of financial depression. In contrast, Kazakhstan has continued to ensure between 5- and 7-percent growth annually, with the exception of 2009.

There have been many ministerial changes in the country over a short period. Further, instability in the legislative environment is a difficulty frequently seen in the Commonwealth of Independent States (CIS). Companies must analyse the advantages and disadvantages of investing in the region before entering the market.

How is Kazakhstan’s economy affected by Russia and its recent crisis with Ukraine?

Kazakhstan’s economy will worsen if the crisis between Russia and the West escalates further because foreign investors study risk levels in the CIS with Russia’s stability in mind. Due to the sanctions imposed on Russia by the US and EU, Kazakhstan and other members of the CIS could lure in more Russian investment.

The Eurasian Economic Union, which is set to come into effect on January 1, 2015, will allow the free movement of workers and goods between Kazakhstan, Russia and Belarus. This is a positive partnership from an economic standpoint as Russia is the largest investor in Kazakhstan, followed by China.