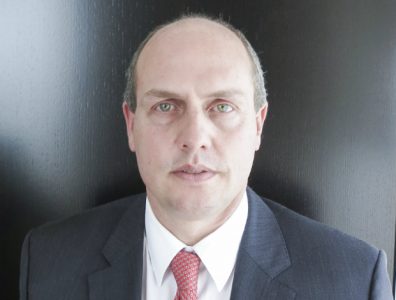 There have been questions from the media regarding whether Pemex will become a publicly listed organisation in the future. I do not know. Our emphasis in 2015 is to successfully implement the changes necessitated by the energy reform.

Earnings before interest, taxes, depreciation and amortisation in 2013 $75.9 billion

Pemex’s chief financial officer, Mario Beauregard Álvarez, faces the task of slimming down the national oil company’s liabilities and creating a more efficient corporate entity. With years of development ahead, Beauregard sat down with TOGY to discuss how the company plans to lay a sound financial foundation in 2015, which will enable competitive internal growth.

What are the most prominent changes in store for Pemex in 2015?

On December 20, 2013. a constitutional energy reform was enacted. The reform was approved by two-thirds of the Lower and Upper Chambers, as well as by 17 State Congresses.

The reform represents a complete shift in the management of energy resources in Mexico. The secondary legislation, approved on August 11, 2014, expanded the legal means for a more productive and sustainable use of the country’s energy resources. The new legal framework comprises the expedition of nine new laws and the modification of twelve existing ones.

Such a reform allows, for the first time in 76 years, private and foreign investment in Mexico’s oil and gasfields. This is intended to lead to an influx of both capital and technology that will undoubtedly boost domestic production.

Now, what does this mean for Pemex? The energy reform has completely changed the environment in which the national oil company operates. For the first time in 76 years, the company will face competition along the entire value chain. That is, Pemex will have to evolve from being a monopoly in the Mexican oil and gas industry to maintaining a position of open leadership.

From a financial standpoint, this represents an opportunity for Pemex to concentrate only on the projects where the company can generate value. Pemex will now be able to choose projects with high profitability, instead of having to execute all projects even if they are not profitable.

One of the many objectives of the reform was to reduce the financial burden placed on Pemex by the government. How did the energy reform address this issue?

Since Pemex represents 34 percent of the federal government budget, the state’s reliance on the revenues of its national oil company cannot change overnight. Thus, in the short term, we don’t expect a substantial change in the government take.

However, as the government begins to capture additional revenues from new players in the Mexican oil and gas industry, the fiscal burden will be reduced, that is, costs will be increasingly recognised and the tax rate will decrease.

With this reform, Mexico’s oil and gas landscape is about to change dramatically. The groundwork has now been laid for a radical political and regulatory reform that can unlock the nation’s vast hydrocarbons wealth. In the new Revenue Hydrocarbons Law, it is already established that the company’s tax rate will decrease from 70 percent to 65 percent by 2020. This is an important change that will save capital and allow Pemex to reinvest into its own projects.

Apart from the benefits of the new tax regime, the reform will also provide competitive advantages for Pemex, two of which I would like to mention. The first is Pemex’s increased budgetary autonomy. Prior to the reform, its budget was strictly divided into operational expenditure and capital expenditure, and this could not be intermixed without the authorisation from the Ministry of Finance. With the reform, Pemex will now be able to decide, without further authorisations, how much of the budget it wants to allocate to investment and how much to its operations. This will allow the company to improve the efficiency of its budgetary process.

Secondly, the government has offered to capitalise Pemex for an equivalent amount of savings that will result from modifications to its collective bargaining agreement. The existing pension scheme was crafted in the 1940s, when life expectancy was about 40 years of age. As a consequence of this outdated scheme, the company’s pension liabilities have grown to about 8 percent of the country’s GDP, or close to $100 billion.

The new pension system will modify the collective bargaining agreement by adjusting pension parameters for existing employees, as well as by adopting of a portable individual account regime for new employees.

From where do you expect additional financing to originate?

Historically, Pemex has been very active in the domestic as well as in the international debt markets.

In 2015, our projected financing programme requires $18.5 billion, of which 85 percent will be derived from the sale of bonds domestically and to international markets, as well as to export credit agencies. Thirteen percent will come from project finance and 2 percent will be from bank loans.

Looking ahead, as Pemex’s expenditure requirements increase and under a more flexible corporate regime, comparable to that of a private entity, we will explore new financing structures. One of these strategies could be a master limited partnership (MLP), which spans a publicly traded entity that combines the benefits of a limited partnership with the liquidity of publicly traded securities.

Financial institutions will also play an important partnership role in Pemex’s future. The company is already active in the domestic and international debt markets and has a solid relationship with banks, which represent a substantial source of funding. Additionally, Pemex has fostered a very fruitful relationship with export credit agencies, primarily with the Export-Import bank of the US.

There have been questions from the media regarding whether Pemex will become a publicly listed organisation in the future. I do not know. Our emphasis in 2015 is to successfully implement the changes necessitated by the energy reform.

How has Pemex’s corporate governance changed?

In 2015, 10 members integrate the board: the Minister of Energy who chairs the board, the Ministry of Finance, three State representatives and five independent members with extensive corporate experience. Additionally, the board will have four committees: audit, human resources and compensation, strategy and investments, and acquisitions, leasing, works and services.

As for the company’s new structure, it will consist of a more centralised and powerful corporate entity and two subsidiaries, one for exploration and another for industrial processes.