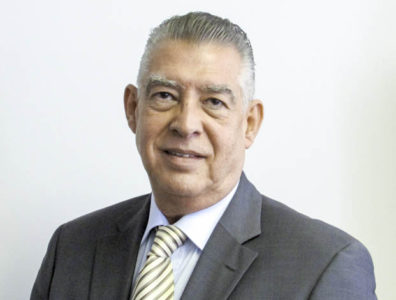 Many power generation plants have requested larger quantities of gas because they want to expand capacity to fuel the increasing demand for electricity.

Estimated year for Mexico to become a natural gas exporter2020

In the pipeline: Mexico’s timeframe to increase its natural gas production

Mexico is a net importer of natural gas. When will the market substantially increase its natural gas production?

Due to the nature of the new gasfields and the lengthy amount of time it takes for them to be developed, we can expect Mexico to begin exporting gas around 2020. We can expect the country to begin becoming self-sufficient in 2018, due to the gas projects such as those at the Chicontepec fields. Until then, the country will continue to rely on gas imports from the US and others countries.

There is potential for the long-term growth of Mexico’s natural gas production. The Eagle Ford Formation crosses the US border and extends into the states of Coahuila and Tamaulipas in the north of the country, becoming what is known as the Burgos Basin. This will be an important area for the production of shale gas in the future, however the market has a long way to go.

While Pemex has conducted extensive field studies throughout Burgos, due to the affordability of gas imports, which takes into consideration the risk of the high operating costs in the northern region owing a lack of water resources, geologic complexity and a heavy presence of cartels, there are no existing plans to develop the area.

What infrastructure is needed for the natural gas market to develop?

The Los Ramones Pipeline will enable natural gas imports to be transported 854 kilometres from the north of the country to the state of Guanajuato in the centre of Mexico and would boost the country’s import capacity from 40 mcm (1.4 bcf) per day to 96 mcm (3.4 bcf) per day. Phase one of the project was completed at the end of 2014 and Phase two is expected for completion at the start of 2016.

The amount of capital needed for increased expansion of pipeline infrastructure is uncertain. For example, the Los Ramones Pipeline is estimated to cost around $3.3 billion. However, the price of developing new pipelines will vary, based on the cost of materials and the areas through which the pipelines pass. Constructing a pipeline through a mountainous area is more expensive than flat terrain.

Which sectors exhibit the fastest growing demand for natural gas?

Almost all aspects of the economy in Mexico are consuming increasing amounts of natural gas.  It is expected that 75 percent of the country’s future gas demand will come from power plants, a growth of 25 percent since 2000, making electricity generation the fastest growing sector for gas consumption.

Many power generation plants have requested larger quantities of gas because they want to expand capacity to fuel the increasing demand for electricity. In fact, the years 2013-2018 will ultimately see an electricity capacity growth of 17 GW from gas-powered generators.

Industrial manufacturing is on the rise, along with the petrochemicals and auto manufacturing industries. They have benefited from the rise in North American gas production and the resulting low cost of gas imports and increased their production capacities accordingly.

A side effect of the ease of importing natural gas from the US has been a reduction in investments from Pemex into Mexico’s gas production projects. Thanks to the energy reform passed on August 12, 2014, as well as new natural gas production areas, such as the Garza gasfield to be awarded in the second half of 2015 during the Round one tenders, gas production will receive the investment and attention it has been lacking.