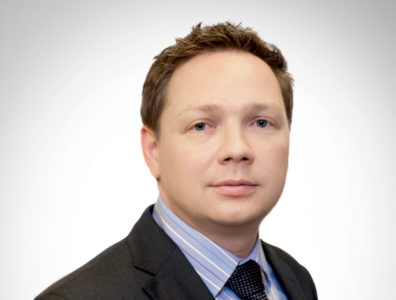 Those that decide to exit [Iraq] might find that the potential universe of buyers is limited because of the low oil price and because of the desire of oil companies to see what opportunities neighbouring Iran may present, assuming that the sanctions position changes.

Richard Devine, partner at Houston-headquartered law firm Baker Botts, talks to TOGY about Iraq’s contractual arrangements and the limitations of the present economic environment. Devine goes on to discuss the recent movements in the Iraqi market, affected by the financial distress caused by the ongoing fluctuation in oil prices and evolving security landscape.

What are some of the legal trends in Iraq emerging over the past year?
Few new trends have emerged, but a number of significant legal issues from prior years remain relevant.
The long awaited Federal Oil and Gas law is still pending and the federal government continues to question the legitimacy of the production-sharing contracts entered into by the Kurdistan Regional Government.
Among other measures, Baghdad has sought to restrain oil exports from Kurdistan through legal action in US courts.
The past year has been dominated by the deteriorating security situation and falling oil prices. This has led the government and oil companies operating in Iraq to consider whether oilfield development should continue at the same pace.
As a result, parties have been reviewing their contractual commitments closely. However, this has not halted project development and the country hit an all-time production high in June 2015.
Many oil majors have been divesting themselves of non-core assets in recent years and in the challenging conditions faced today, most oil companies active in Iraq will consider exit scenarios.
While expenditure commitments and profit margins will be closely scrutinised, companies invested in Iraq are familiar with the commodity cycles that can affect long-term capital-intensive projects.
Those that decide to exit might find that the potential universe of buyers is limited because of the low oil price and because of the desire of oil companies to see what opportunities neighbouring Iran may present, assuming that the sanctions position changes.
On that basis, it is difficult to predict extensive upstream merger and acquisition activity in Iraq in the near future.

What effect has increasing scrutiny on technical services contracts (TSCs) had in Iraq?
TSCs have certainly been stress-tested by the falling oil prices. Most contracts were entered into prior to the glut of oil supply the market faces today.
The oil price was high then and it was assumed that the price would stay high. Indeed, one of the drivers for the government in using the TSC model was to prevent international oil companies (IOCs) from enjoying a windfall profits bonanza from high oil prices.
The means by which TSCs prevent the IOCs from enjoying the upside of rising oil prices is a fixed-price per barrel service fee that is payable on achieving and sustaining a production target.
Under these contracts, oil companies do not benefit if the oil price increases. However, the same mechanism ensures that IOCs are insulated from the impact of low oil prices to a degree, because they are paid the same service fee regardless of the prevailing oil price.
Low prices are doubly bad for the government. They will receive a lower proportion of the oil produced under the TSCs and will then have to sell it at a lower price.
Iraq’s reliance on oil revenues means that the government’s budget is badly affected by a low oil price and this comes at a time when it has to spend much more on defence as a result of the security situation.
Naturally, this will create tensions. As a consequence, we understand that the government is already requiring certain projects to be delayed or cancelled.
If the low oil price environment continues, there may be pressure to renegotiate contracts and the cancellation or postponement of investments may affect production in future.

Under normal circumstances, what would be the incentive for IOCs to try and move away from technical services contracts?
The drive to use TSCs came from the government. IOCs are typically more comfortable with the production-sharing contract model and other models that provide them with more operational control and greater rewards for success.
Depending on the terms being offered, it is likely that IOCs would be interested in moving away from TSCs to a production-sharing contract model.
The difficulty in current circumstances is that the government cannot afford to reduce its take from oil contracts and there is little incentive for the IOCs to do more for less. One potential way forward may relate to exploration acreage.
Iraq used a TSC model for exploration blocks in its fourth licensing round. The fact that a number of IOCs elected not to bid on the round suggests that the TSC model does not offer sufficiently appealing rewards to encourage investment in exploration.
The government might consider offering access to exploration opportunities on more attractive terms, and could try to make such access conditional on IOCs accepting changes to TSC terms relating to existing production.