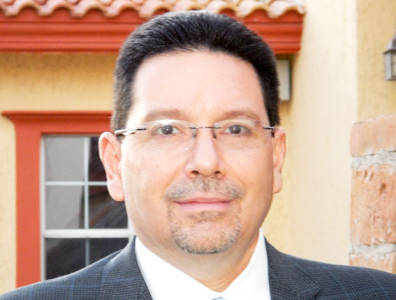 If the cost of LPG continues to stay low due to the price of crude, the market pricing system will be advantageous for Mexico’s LPG activities.

LPG supply and demand in Mexico

Grupo Tomza’s director of logistics and trading, Carlos Ruiz, talks to TOGY about a possible resurgence in Mexico’s LPG consumption. Grupo Tomza is a Mexican LPG transporter and distributor and has positioned itself for rapid expansion following the purchase of its first large gas carrier vessel and import terminal expansion.

How will the Energy Reform impact the framework of LPG distribution in Mexico?

Big changes in the LPG market will be coming in different steps. The first will take place in the first quarter of 2016 when private companies will be able to import their own products. The system of the past in place through the remainder of 2015 mandates state-owned Pemex as the only legal importer of LPG in Mexico.

As an LPG distributor and transportation company, Grupo Tomza purchases the product from the US and transports it to Mexico, where Pemex buys the product. We then purchase the LPG back from Pemex and distribute it independently. In 2016, after the reform is enacted, we will be able to bypass dealing with Pemex, but LPG pricing will still be under a price structure dictated by the authorities.

There will be further changes in 2017, and the LPG pricing system will be fully regulated by supply and demand as opposed to the controlled pricing scheme that has been in effect under the past regulation of the national oil company.

If the cost of LPG continues to stay low due to the price of crude, the market pricing system will be advantageous for Mexico’s LPG activities. I would expect to see an increased demand in LPG consumption in Mexico following the release of the pricing formula.

How would you describe the trends in Mexico’s LPG consumption?

During 2000, the LPG market peaked at a consumption level of around 10.4 million tonnes, a number that slid to around 8.7 million tonnes in 2014. These declining numbers have taken place primarily in the industrial consumer market where manufacturing facilities switched their fuel sources plus a change in some uses of LPG, such as Autogas, that has declined since then.

Natural gas is not supported by adequate infrastructure in Mexico and some of the largest urban areas, including Mexico City, do not have natural gas distribution networks in place. For this reason, LPG consumption in Mexico varies drastically based on region.

The central states of Mexico have the largest percentage of the population and dominate LPG consumption at 41 percent. The midwestern states represent 23 percent, the northeast 15 percent, the southeast 13 percent and the northwest 8.5 percent.

Heavy consumption of LPG remains in Mexico City where building natural gas pipelines is costly. Due to the city’s large residential consumer base there, this decline will come to a halt soon, and we will start to take back some of the lost market share.

What are Grupo Tomza’s expectations for LPG production in Mexico following the Energy Reform?

Our opinion is that the reform in Mexico is more related to the extraction, import and export of crude oil. There are talks about investments that will produce natural gas, such as the Burgos Basin development. The primary source of LPG is natural gas, so this would boost Mexican production levels, but this will not happen anytime soon.

Mexico will not be investing heavily in the production of natural gas, because we cannot compete with the cheapest gas in the world, which is in the US. The second-largest source of LPG is oil refineries. Mexico may develop more LPG plants, but the country is not investing enough to cover the 2.5 million tonnes in trade deficit.