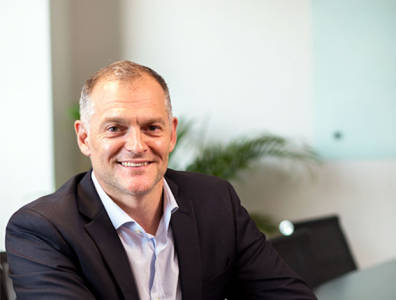 As the world moves towards a broader mix of energy supplies, the commoditisation of gas through LNG and CNG is a trend that will likely continue.

Managing partner of Malaysia’s Leap Energy, Laurent Alessio, shares his perspectives on the oil and gas business in Malaysia, offers reflections on the 2015 business environment and describes the likely effects of reduced capital expenditures resulting from the global oil price slump. Leap Energy is a subsurface, front-end and wells consultancy company.

How does Malaysia’s exploration and production sector compare with that of other mature offshore basins such as the North Sea?

Using the North Sea benchmark, it appears that Malaysia still holds significant potential from increasing its focus on mature fields, across the range of options: well intervention, facilities debottlenecking and secondary and tertiary recovery mechanism implementation in the form of improved and enhanced oil recovery.

Mature field optimisation requires an integrated approach between subsurface, facilities and wells functional disciplines, the application of workflows to locate the remaining oil and a renewed emphasis on applied reservoir management and surveillance.

Upstream regulator Malaysia Petroleum Management has clearly shown its ambitions in implementation of enhanced oil recovery and has taken steps towards re-activation of the country’s large contingent of idle wells. These steps are encouraging, but there is a sizeable gap to bridge, in which education and best practices replication play an important role.

There are two key enablers to successful marginal field development. Firstly, costs and schedule improvement can be achieved through standardisation of design, reduction of front-end engineering and design cycles and the clustering of fields. The second surrounds subsurface optimisation. While smaller, these fields are typically more complex, with ambiguous data, therefore requiring a greater emphasis on understanding reservoir characterisation.

Many upstream projects in Malaysia were designed prior to the fall in oil prices. How will lower oil prices impact these projects?

In order for production – and therefore country revenues – not to be too significantly harmed, the regulator, operators and services companies must work together to improve cost-competitiveness. This will spur innovation.

There are many opportunities for production optimisation in the lower range of capital expenditures such as well intervention work: re-perforations, water shutoffs, stimulation, as well as process improvement through minor facilities tuning and the side-tracking of existing wells.

Which initiatives should take precedent?

Production optimisation should receive an intense focus to maximise short-term oil at lower costs. This is consistent with deferring large capital expenditures but not with a reduction in operational expenditure. A balance is necessary.

Not losing sight of strategic projects will also remain important. Several high-profile, cost-heavy projects are underway. One of them is Petronas’ second floating LNG (FLNG) project, also known as the Sabah FLNG project. This will be a key undertaking for Malaysia and the Asia-Pacific region, because the region has an enormous number of stranded gas assets.

Stranded gas is one of the biggest untapped resources in the Asia-Pacific region. There is a significant challenge to monetise these assets and the Sabah FLNG project will set a good precedent for the region at large.

As the world moves towards a broader mix of energy supplies, the commoditisation of gas through LNG and CNG is a trend that will likely continue and remain less affected by low prices.

What industry trends will become more prevalent as the price environment settles?

Regarding the hydrocarbons industry at large, with lower oil prices, there should be a visible increase in transactional activity.

While short-term volatility has had a negative impact so far on asset liquidity, one would expect that in the near term, a renewed wave of acquisitions and divestiture activity will occur, with cash-strapped upstream operators aiming to dispose of their non-core assets and cash-rich investors on the lookout for opportunities.

Click here for more news and features from Malaysia